The long awaited Battlefield V Firestorm is finally available to download now on PS4, Xbox One and PC. Upon the Battlefield 5 release, the battle royal element of the game was delayed several months.

Battlefield 5’s Firestorm went live at 5am EDT, March 25. That’s 2am PDT and 9am GMT. In short, Firestorm can be downloaded alongside the normal Battlefield 5 game right now.

If you’re playing Battlefield V for the first time, simply download the game as normal (if digital) or pop the Battlefield disc into your console, which will prompt the download.

Firestorm is accessible from the Battlefield V main menu. For those who have already experienced Battlefield V, the previously greyed out Firestorm option will now be available.

The most commonly asked question is whether Battlefield 5 Firestorm is free? No it is not, Battlefield’s battle royale mode is included within Battlefield 5 but the game does cost. It costs between 25$ and 30$.

Here are the other Firestorm details you need to know: 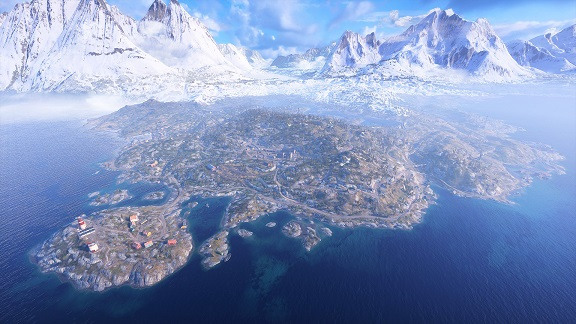 The latest addition to to the battle royale genre has got the gaming community hyped. Firestorm gameplay, which was seen for the first time last week, has justifiably got many excited.

:thumbsdown: Looting in urgent need of a streamline

The feedback for Firestorm so far has generally been complimentary. Many are counting down the working hours so they can experience it for themselves.

So jealous of everyone playing firestorm right now. Stuck in work till 5pm! Soon as i finish I'm sprinting home and getting set up!

Elsewhere, Dr Disrespect, despite having not played the game yet, questioned whether Battlefield V Firestorm would “fulfil” his appetite.

Shroud, Twitch’s most subscribed to streamer, has also offered his thoughts on Firestorm. While he is “stoked” to play it, he also stated, “but I guarantee you it’s gonna suck.” It isn’t exactly clear what Shroud meant by this but it seems his thoughts are the concept of a Battlefield battle royale game should excel but may leave fans disappointed, the reasons why are unclear though.

The most common complaint has been looting dead bodies. Consequently loot boxes are already a requested addition to the game.

#firestorm was awesome. A few niggles, minimap needs a better way to sign locations, the ability to look straight down out of the planes would be great, death boxes for loot pls. But besides a few bugs we had fun. 7/10 for us. Good and fun but nowhere near perfect (yet)

Another Battlefield player had a rather more negative opinion on Firestorm, specifically relating to the feeling of winning a game. Furthermore in reference to the feeling of getting a kill, he said “It’s so tiny you don’t even notice it.” Hopefully other players don’t share the same sentiment.

Out of all the Battle Royale games or fuck it, EVERY GAME IVE EVER PLAYED – winning in Firestorm feels the least rewarding

When you win, it seemlesly transfers to an ending screen. Ou barely even notice it. It doesnt give you ANY sence of accomplishment#Firestorm #BattlefieldV

It will be interesting to see how Firestorm is received as more players get the chance to compete in Halvoy.