Ninja shares opinion on whether Apex Legends can overtake Fortnite

The newly released Apex Legends has taken the battle royale community by storm, and Tyler ‘Ninja’ Blevins has been just one of many prominent streamers who have been raving about the game.

Ninja, of course, gained a lot of his notoriety from playing Fortnite Battle Royale, and so it’s only natural for fans and gamers to be curious as to whether he thinks Apex Legends could overtake it at some point.

This was the question posed to Ninja during his latest livestream, and although he wouldn’t rule out the possibility, he made it clear that he believes such an occurrence would be very unlikely.

“I mean anything any game has a chance to go over Fortnite, but it’s going to be nearly impossible,” he said. “But this game specifically? It’s anyone’s guess at this point.”

“I think it’s going to be nearly impossible for anyone to do what Fortnite has done, and what they continue to do day in and day out and update their game.”

If Apex Legends was to overtake Fortnite at some point, it’s definitely off to a perfect start, as the game managed to reach 10 million users in just a few days after release.

While comparing the two games’ early numbers is not a fair assessment, especially considering how much EA have invested in promoting the game, but Apex Legends has certainly passed the eye test so far.

Not only is it free-to-play, which is a model that’s worked extremely well for Fortnite, it was also announced, revealed, and fully released all on the same day, a strategy that got a lot of people curious very quickly. 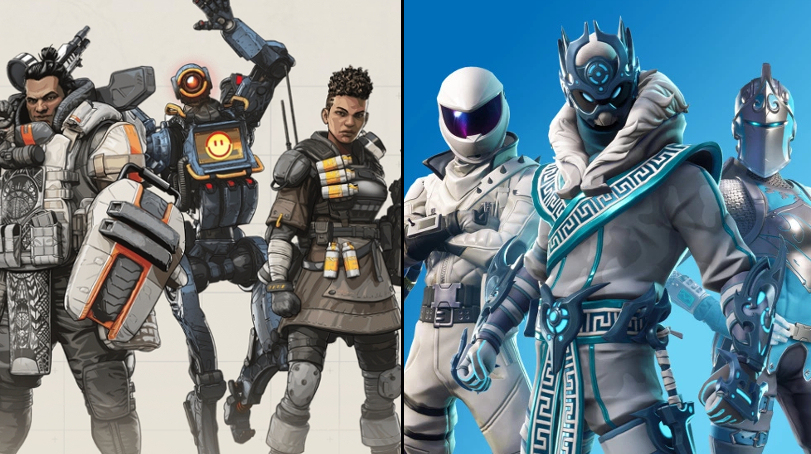 Respawn Entertainment certainly do have a lot of work to do if they even want to get Apex Legends in the same stratosphere as Fortnite, at least in terms of long-standing success.

The one advantage that Respawn have in this case is that they can use a lot of what Epic Games have done with Fortnite to try and expand their own game’s success.

Do you think Apex Legends can ever surpass Fortnite? Do you think any game can ever do what Fortnite has done? Tweet us @Dexerto to let us know your thoughts.