Teasers have been added to the World’s Edge map in Apex Legends revealing new details about the upcoming Bloodhound Town Takeover event, as well as the mysterious creatures called Prowlers that could be added soon.

There have been a few of these so far since the game’s release, including one for Octane, Wraith, and, most recently, Mirage, which came during the winter season in the form of the Holo-Day Bash. The most recent Town Takeover in Apex Legends, called Holo-Day Bash, was themed after Mirage.

According to leaks and speculation, the next one will be for Bloodhound and will debut around Eastertime, which means that it’ll likely be themed after the holiday as well.

On March 31, Respawn added the first teasers for the event, in the form of flags marking where the Town Takeover will likely be located on the map.

These flags were placed on the mountains around Sniper’s Ridge, which is a series of hills and ridges in the northwest corner of the map. 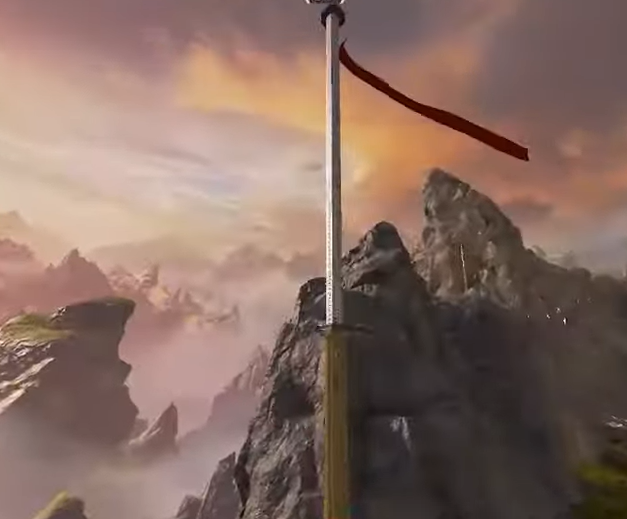 The flags placed on Sniper’s Ridge reveal it to be the likely location for Bloodhound’s Town Takeover in Apex Legends.

That was not the only teaser that the devs surprised fans with; they also put a dead body of what appears to be some sort of lizard-like creature that’s never been seen before in Apex Legends.

While not yet confirmed, this mysterious beast is most likely a Prowler – an alien species that originated in Respawn’s Titanfall series and seems to be on its way to the Apex universe.

There had been plenty of leaks surrounding Prowlers over the past few weeks, including details about their animations, but this is the first time one’s actually been seen in-game. The first appearance of what likely is a Prowler in Apex Legends.

Of course, this didn’t come as a total surprise to those who have been paying attention to leaks, as prominent Apex dataminer iLootGames did let fans know ahead of time that something was coming.

In his video, which we’ve included below, he goes through each flag location and offers several close looks at the dead Prowler.

Other than the flag locations, not too much more is known about Bloodhound’s Town Takeover, although we do now know that the alien creatures will probably play some sort of role.

As for when it’ll launch, the likeliest date is April 7, since Respawn usually release these kinds of updates on Tuesdays, and this gives them a whole week to put out more teasers before unveiling the whole thing.

As always, we will continue to bring you the latest news and info as they become available.