A brand-new teaser for Apex Legends Season 5’s next character, Loba, is now in the game and it is…wild, to say the least.

We know a few things about Loba. We know that she is named after a wolf, her parents were killed by Revenant, and that she is now some sort of high-tech thief with a revenge plot against the assassin Revenant, who murdered her family when she was a young girl.

While Respawn Entertainment has confirmed Loba’s release, alongside “Season Quests, a bountiful new Battle Pass, and more!” Nobody is certain what that “more” will be (although popular theories surround a Loba in-game event or a new map).

Related — Why Season 5 May Mean a New Map:

But now we have a real glimpse at just how sneaky she is and just how terrifying her technology can be. As discovered by popular dataminer, ‘iLootGames,’ and others, the vaults in Apex Legends have been gutted—revealing a tease for Loba.

Lucking into a Vault Key typically gives you a chance to accrue exciting, golden treasure that gives you an edge over your opponents. But now the Vaults are all unlocked and, instead of treasure, you find a holographic image of a wolf with a cryptic message:“Want your treasures back? Come see me!”

Upon looking around further, you find a bracelet that, when interacted with, teleports you briefly to some industrial bridge straight out of a cyberpunk horror film.

Lights flicker, the sounds of machinery echo and, after a brief moment, you are teleported back to the vault.

It is a very startling experience and a lot to take in, but we’ve gone through and tried to absorb as much as possible. While interesting to know that Loba is obviously an adept thief, privy to leaving sly messages, two questions stand out: 1) What is this crazy teleportation technology (and is it created blue-haired partner)? and 2) Where in the universe is this creepy chamber you get momentarily teleported to?

There are no clues to the first one’s answer, but there are hints to the second—particularly for Titanfall fans. As noted by iLootGames, you appear to be somewhere underground to the north of Kings Canyon’s Skull Town.

This is where it shows you at when in the teaser
Interesting eh? pic.twitter.com/igENb3vCU5

As for what the subterranean location might be, there appear to be Stalker robots stacked alongside the dimly lit bridge. In Titanfall 2, Stalkers are dangerous robots who carry either an L-STAR, Mastiff or Volt as their weapon, but have the capacity to perform brutal, heart-wrenching executions.

So far, all we know is that Loba has begun playing with our heads and has easy access to a location with a ton of dangerous robots. We don’t know where this mystery leads, but we do know this is quite the entrance.

Apex Legends Season 5 is scheduled to go live on Tuesday, May 12, for PlayStation 4, Xbox One, and PC. 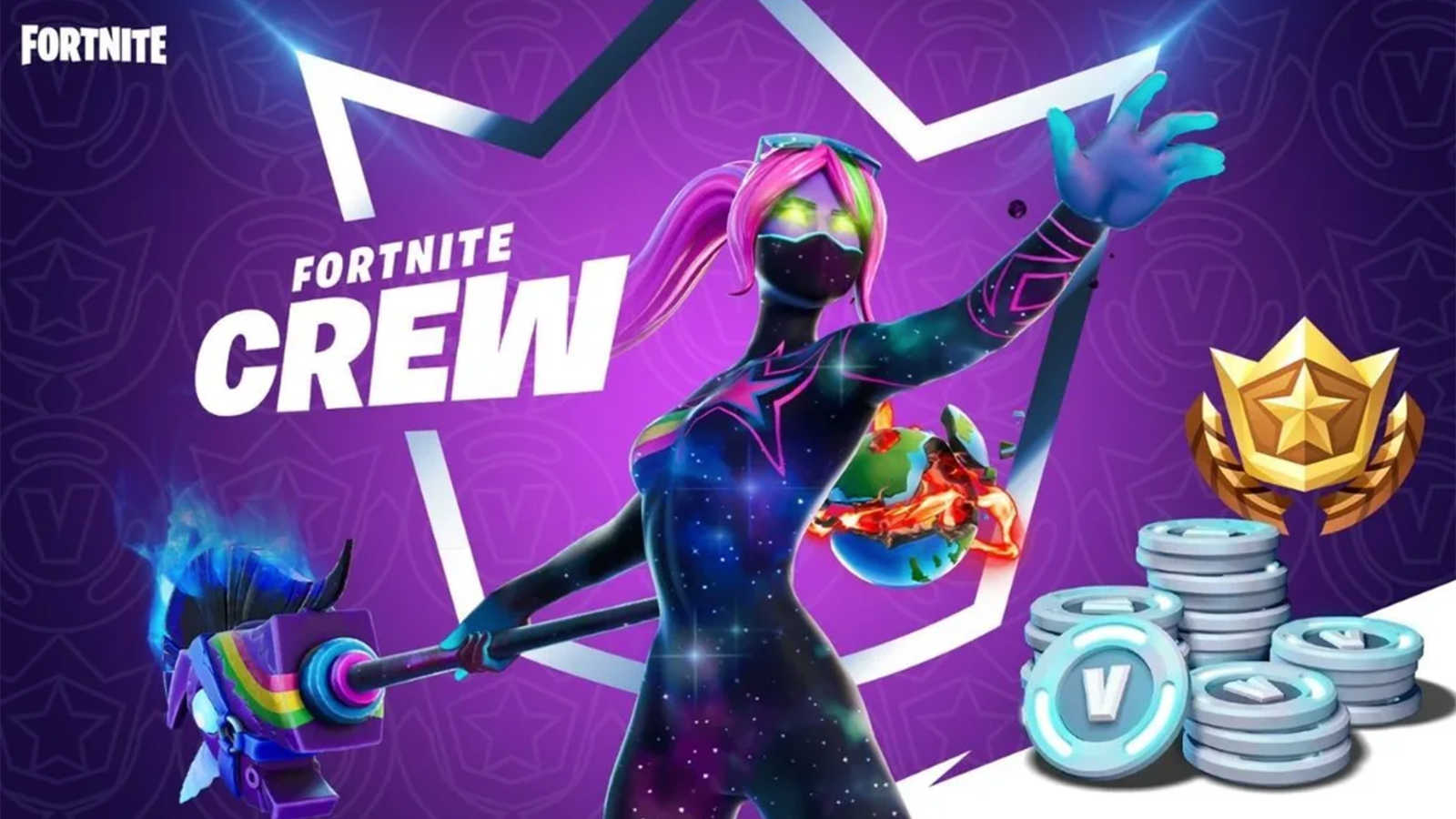 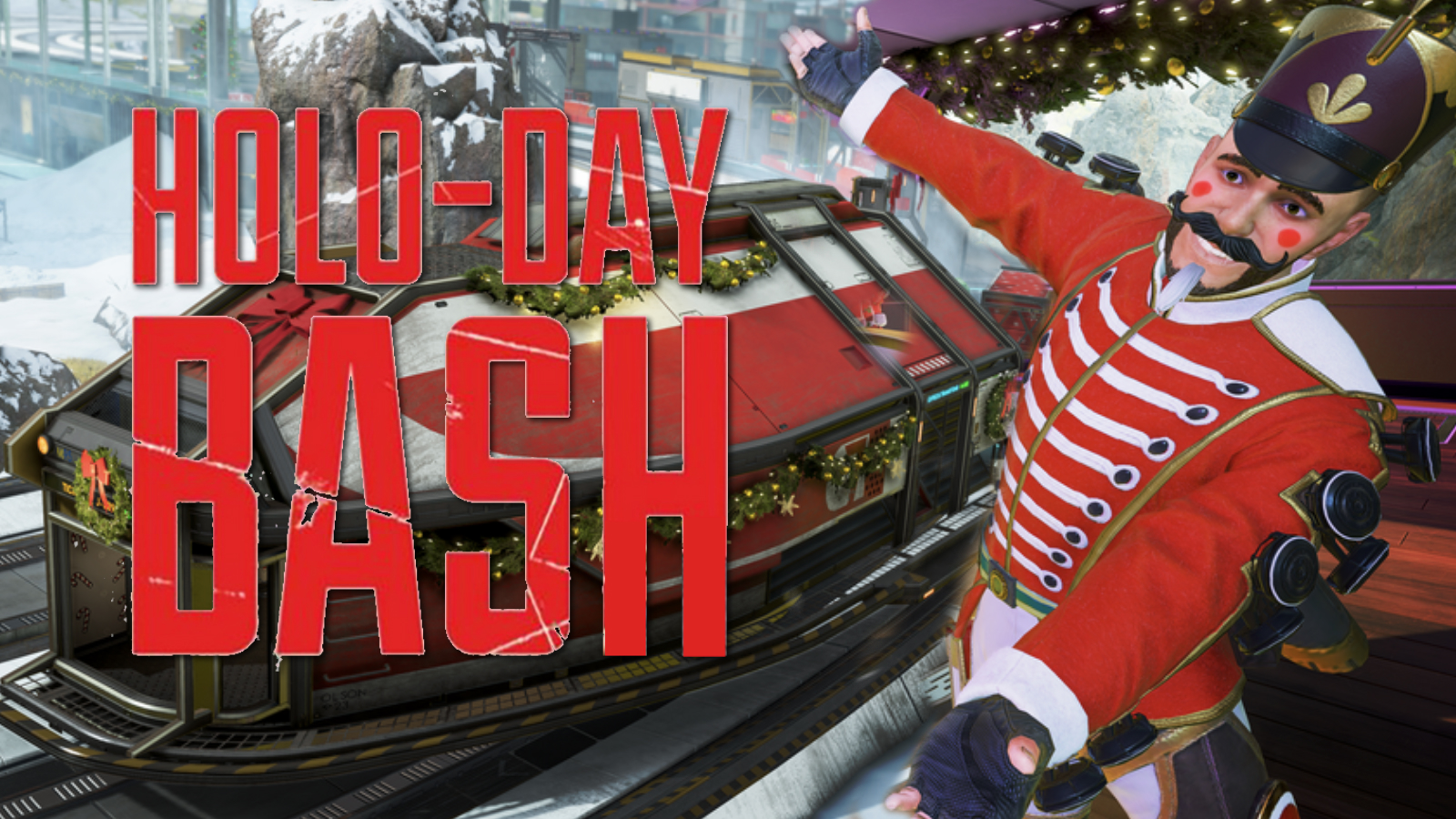 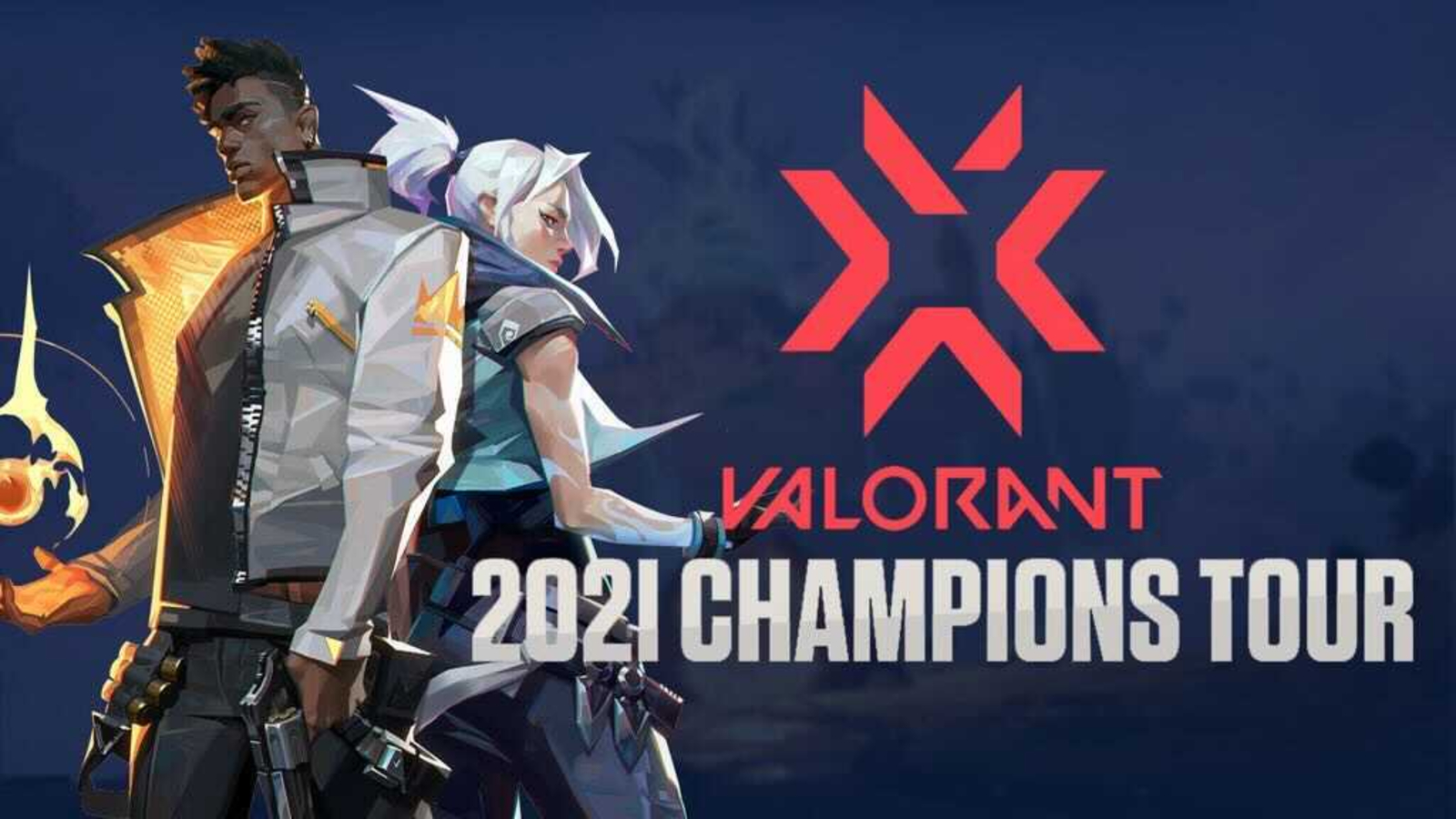 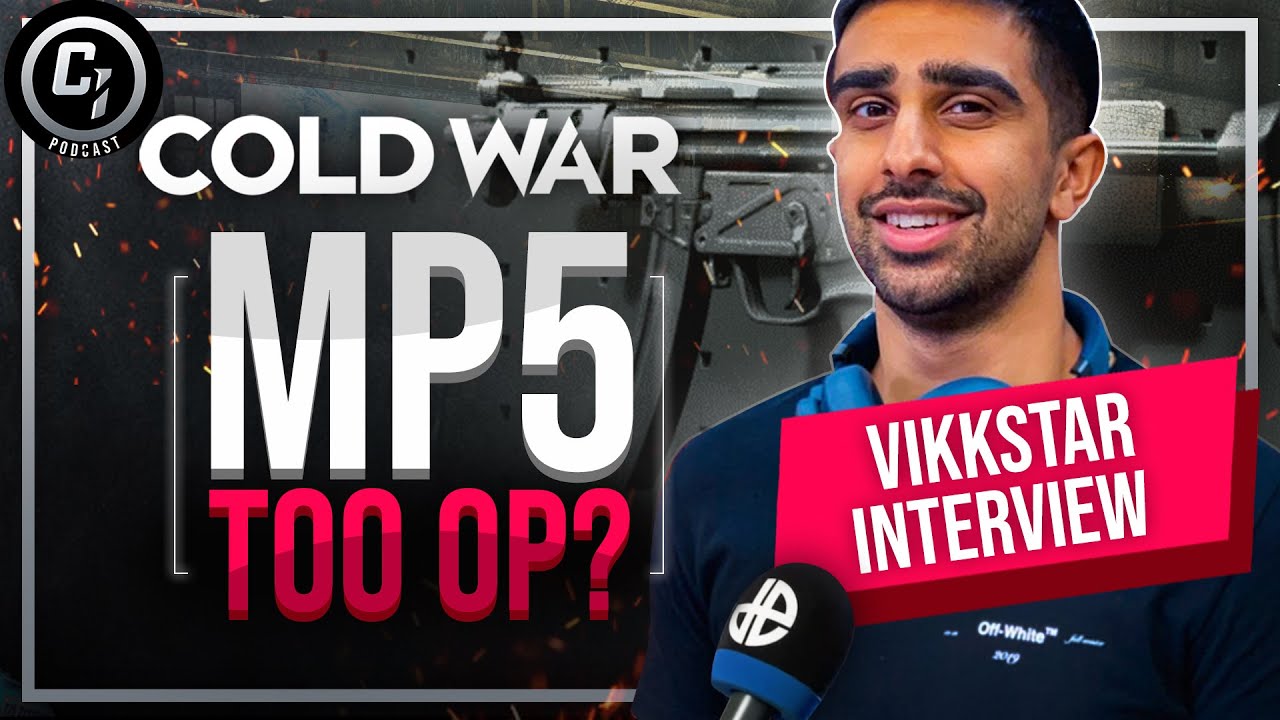 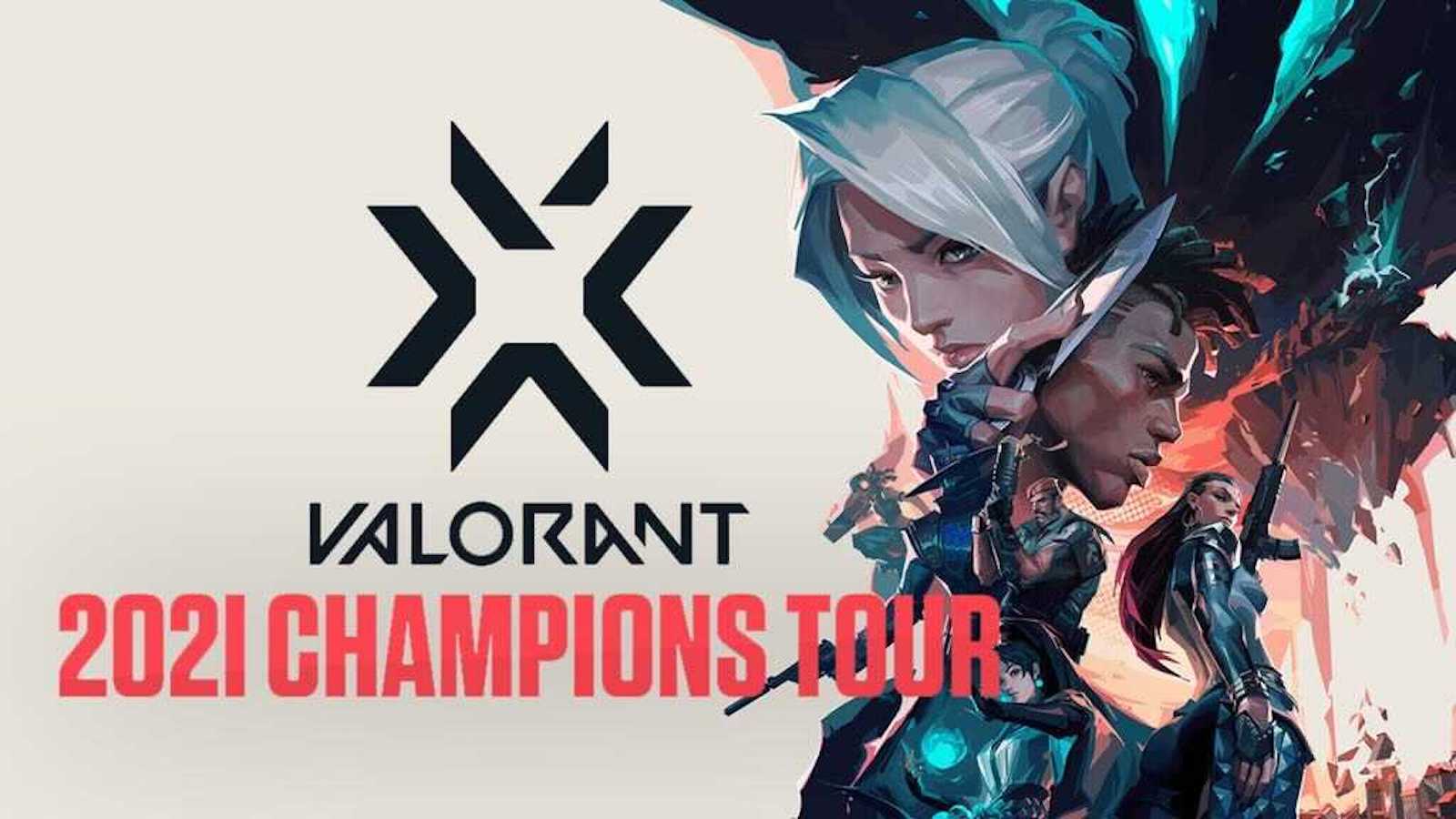 It’s almost that time of year again, and Apex Legends’ second holiday season is about to get into full swing. Holo-Day Bash is set to return for 2020, with all new skins, and a rerun of the Winter Express LTM.

To keep up with the yearly festivities, the first event of Apex Legends Season 7 will be holiday-themed – this we know thanks to some badges that have already confirmed the 2020 Holo-day bash ahead of an official announcement from Respawn.

The exact same thing happened with this year’s Fight or Fright event, for Halloween, which was also revealed early due to in-game badges that couldn’t be unlocked yet.

So, if you’re wondering when Holo-day Bash 2020 starts and ends, what kind of cosmetics will be available, and what mode to expect, here’s everything we know so far.

The Holo-Day bash will start on December 1, and run through until January 4.

Badges for Holo-Day Bash 2020 are already visible in Apex Legends.

Unlike last year though, this is not a Collection event. Instead, like Fight or Fright, Holo-Day Bash 2020 is just a Themed event. That means there won’t be a new Heirloom to unlock, whereas last year,  Pathfinder’s boxing gloves could be unlocked by completing the collection.

On November 24, Respawn Entertainment revealed a brand new trailer for the event.

Just because it’s not a collection event though, doesn’t mean there won’t be new skins and cosmetics to get your hands on. The trailer showed off nine in total, from what we could see.

These skins will be available in bundles in the Item Shop from December 1, seen below. 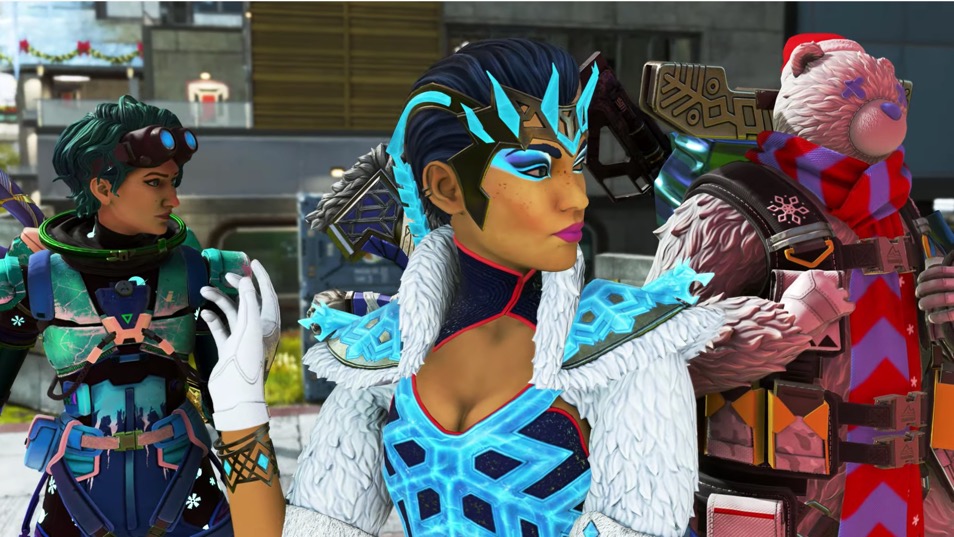 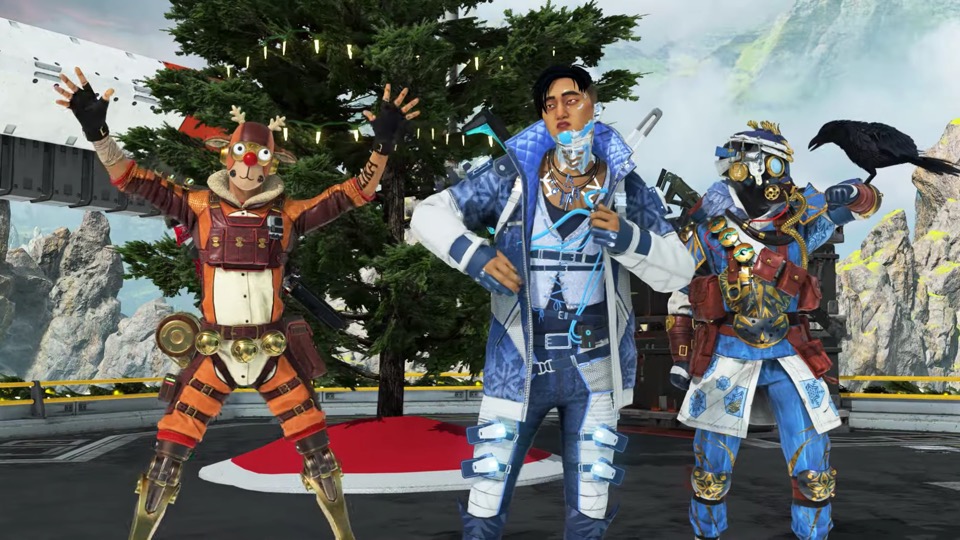 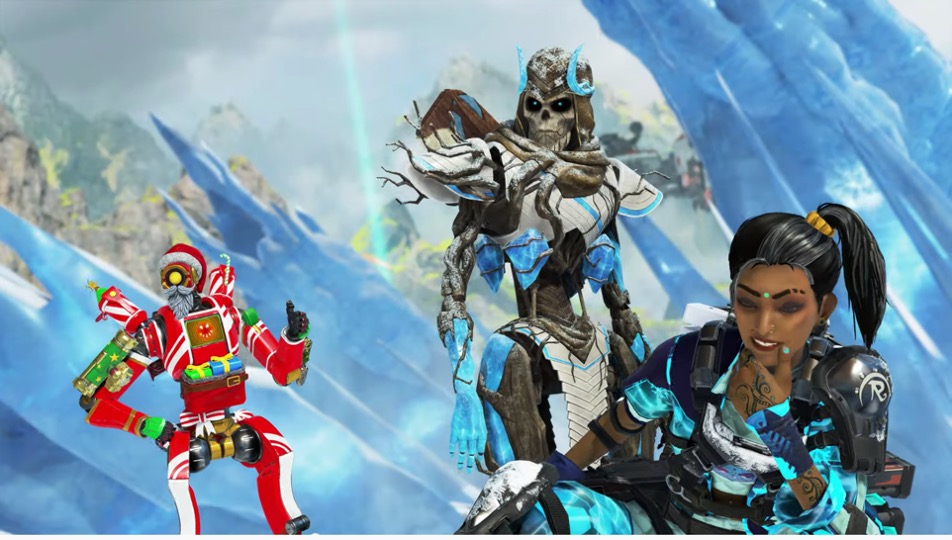 There’s also an event prize tracker, which you will be able to complete through challenges.

Speaking of challenges, you’ll want to complete these in the “new-and-improved” Winter Express LTM.

Winter Express will return in the Holo-Day Bash 2020 event.

For those who didn’t play last year, Winter Express takes place on World’s Edge, with Mirage as the game announcer. The objective is to win control of the train over three rounds. And there’s no loot – instead, Legends are given preset loadouts.

On the event, they said in a blog post: “This year, when your squad respawns after a round has finished, you will spawn on your own supply ship as it follows the train. From here, your squad will be able to survey the battlefield and skydive into combat as the train arrives at its next station and the objective unlocks. The squad that won the previous round will respawn directly on the train.

“This year, when your squad respawns after a round has finished, you will spawn on your own supply ship as it follows the train. From here, your squad will be able to survey the battlefield and skydive into combat as the train arrives at its next station and the objective unlocks. The squad that won the previous round will respawn directly on the train.”

In the trailer, new Respawn Hover Tanks could also be seen, seen below.

New Hover Tanks will be added in the seasonal event.

The way these will work in Apex Legends was not broken down as much as the other features, though it seems fairly obvious that they will be incorporated alongside the Respawn Beacon system we’ve come to know.