NRG Esports’ pro players Dizzy and KingRichard, along with Overwatch pro Mendokusaii, have won the North American half of the $150,000 Twitch Rivals Apex Legends Rematch Challenge.

Played on April 2, the Twitch Rivals Apex Legends Rematch Challenge featured some of the biggest names in the European and North American battle royale communities battling it out for a share of the $150,000 prize pool, which was divided between the two regions.

The European half of the tournament was won by a team named Team Degliddei, comprised of popular streamers POW3RTV, stermy, and AvalloneHal.

Below you can find the recap of the NA tournament as well as the final placements for both competitions. If you are not familiar with the format used in these tournaments, make sure to check out our Twitch Rivals Apex Legends Rematch Challenge hub. 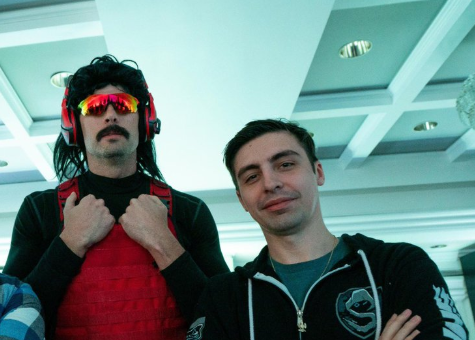 The NA half of the Twitch Rivals Apex Legends Rematch Challenge featured some very popular streamers, including both shroud and Dr Disrespect.

Widely considered to be one of the best squads in competitive Apex Legends, it came as no surprise when King’s Canyon, featuring Dizzy, Mendo, and KingRichard, made it all the way to the championship match of the tournament.

Because the competition was played using a swiss format, there could only be two undefeated teams after the first three rounds of play.

WE WON TWITCH RIVALS w/ @Mendo and @KingRichard AGAIN! 5 total tournaments won in @PlayApex 😀 Was really fun and had a blast <3

This meant that the two undefeated teams would play for first place in the fourth and final round of the tournament, which saw each team load into two separate public matches and try to score as many points possible.

The first map ended up being a very tight affair, as Vince the Slap Chop managed to eek out a one point lead going into the second map thanks to their match victory.

Despite not getting a match victory of their own, King’s Canyon was able to keep up thanks to KingRichard’s impressive 15 elimination match.

WE WIN! Up all night gaming hard and we win Twitch Rivals with @Dizzy and @KingRichard !

I had a ton of fun and really liked the change to res farming rule!

Thanks a ton for having us 😀

That set up an intense second map with all to play for, and it was King’s Canyon who asserted their dominance and ended up with a ton of eliminations and the match victory 65-61.

Despite their best efforts and getting a victory as well, Vince the Slap Chop just could not get enough eliminations to match their opponents.

The Most Valuable Player award for the NA half of the Twitch Rivals Apex Legends Rematch Challenge was awarded to Dizzy, who once again proved why many consider him to be the best Apex player in the world.

Below you can check out some of his best moments and highlights from the tournament.

Since these tournaments are played using the swiss format, each team’s placement in the final standings was based on their overall record after the four rounds of matches.

If two teams ended up tied in their records, the tiebreaker was determined by the number of points they scored throughout all of the four rounds.

As for the prize money earned by each team, that was based on a breakdown that awarded $2,000 per win and $250 per loss. An additional $1,000 bonus was given to the teams that got the most wins, most kills, and most damage dealt.

You can check out the scores and results of each of the individual matches that were played in both tournaments by visiting the official Twitch Rivals Apex Legend Rematch Challenge webpage.

A secret lore drop found on the Mirage Voyage – brought back by Respawn in the lead-up to Season 8 – has revealed a close connection between the Holographic Trickster and two characters from Titanfall 2.

In a surprise move on January 15, Respawn threw the original Apex Legends’ map – Kings Canyon – back into the rotation for the first time in Season 7. This version of Kings Canyon features the Mirage Voyage airship, hovering over the remains of Skulltown.

While pro players and content creators largely criticized Kings Canyon in Season 6 – leading to its absence from the rotation in Season 7 – the announcement was met with support from the community, including praise for bringing the Mirage Voyage to Kings Canyon for the first time.

The airship is not the only new addition in Kings Canyon. A hidden voice message on a phone revealed a connection between the game’s loveable jokester Mirage and two characters from Respawn’s previous franchise: Titanfall 2.

A hidden voice message has revealed that Mirage is the nephew of two Titanfall 2 characters: Davis and Droz.

The message from Evelyn Witt – Mirage’s mother – begins with an imitation of Kuben Blisk (another Titanfall 2 character with ties to Apex Legends), then switches to a more personal tone. Evelyn covers a range of topics, including her on-going struggle with what appears to be dementia.

Halfway through the message, she drops a bombshell when mentioning two of Mirage’s uncles, Droz and Davis. Titanfall 2 fans will already be familiar with those characters: both were members of ‘The 6-4’ mercenary group and helped Jack Cooper defeat Titanfall 2’s antagonists, the IMC.

Evelyn also says that her brothers would “always make me laugh, like Elliot.” Fans of Droz and Davis will certainly remember their funny banter during Titanfall 2’s mission ‘The Ark’, and it appears the two mercs passed their sense of humor down to their nephew Elliot.

Some Apex Legends players have already gone back and found other connections between the pair and Mirage. In a short clip posted to Reddit by ‘u/R0NiR’, Davis and Droz can be seen taking a selfie during a Titanfall 2 scene, something Mirage fans will be very familiar with seeing.

Mirage’s Uncles Droz and Davis ! They are from Titanfall 2 ! Now We Know Where His Sense Of Humor Comes From 😀 from apexlegends

This is far from the first tangible connection between Apex Legends and Titanfall 2, which share the same in-game universe. Previous hints from Respawn include a Jack Cooper crossover, Bloodhound concept art, and appearances from Titanfall 2 characters like the simulacrum Ash.

Respawn has previously shut down rumors regarding the development of a Titanfall 3, to the disappointment of many fans. Despite no confirmed plans for a new Titanfall installment, the Apex Legends developer continues to tease fans with new tie-ins between the two franchises.