The popular battle royale game, Apex Legends, features many unique playable characters with different abilities and fans have even designed their own skin concepts for their favorite in-game legends.

There are currently nine unlocked characters in Apex Legends (with more to come) and they all have plenty of skin options to choose from, which players can either unlock with crafting materials or in Apex Packs.

The skins can range from common to legendary, as they vary in different outfits styles and changes in color for each legend.

With the latest announcements and trailers revealing the release of Apex Legends Season Two, it is expected that Respawn will also be adding new skins for players to buy (through Apex Packs or the store), and it is possible we may even see some fan-made skins added to the game.

Here’s some of the best fan-made skin concepts for Apex Legends.

There has been no shortage of skin concepts for this legend already including Terminator and Predator inspired designs but this design by u/SonaHarpLadyy might be the most accurate representation of a “Bloodhound” there can be, taking the character’s name literally with this incredible concept. 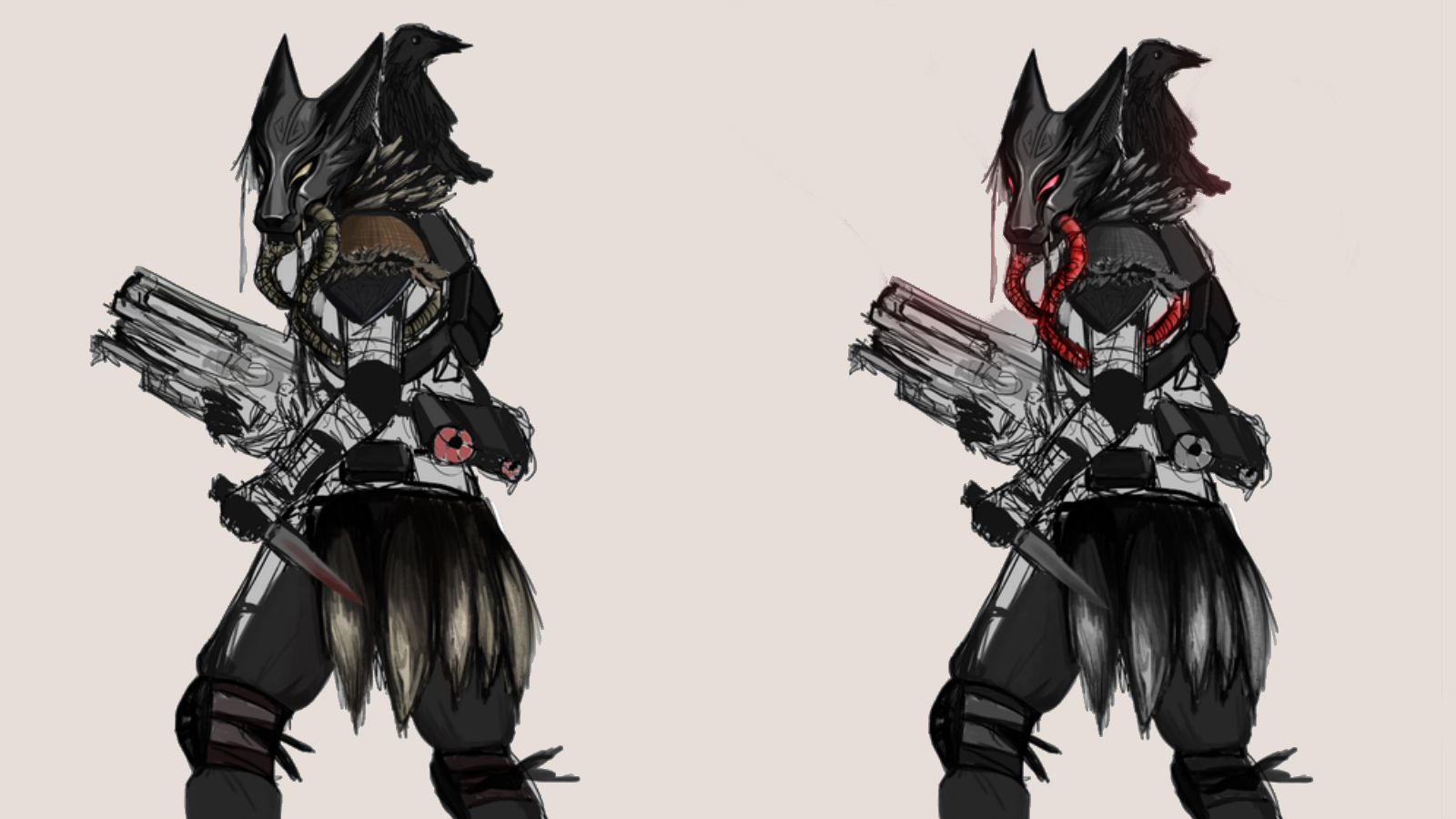 This skin concept stayed true to the name “Bloodhound.”

Players feel that Bloodhound’s current legendary skins are somewhat lacking, however, the style of this new skin concept by “fragdar” has received nothing but praise since it was shared and would also be a great addition to the game. 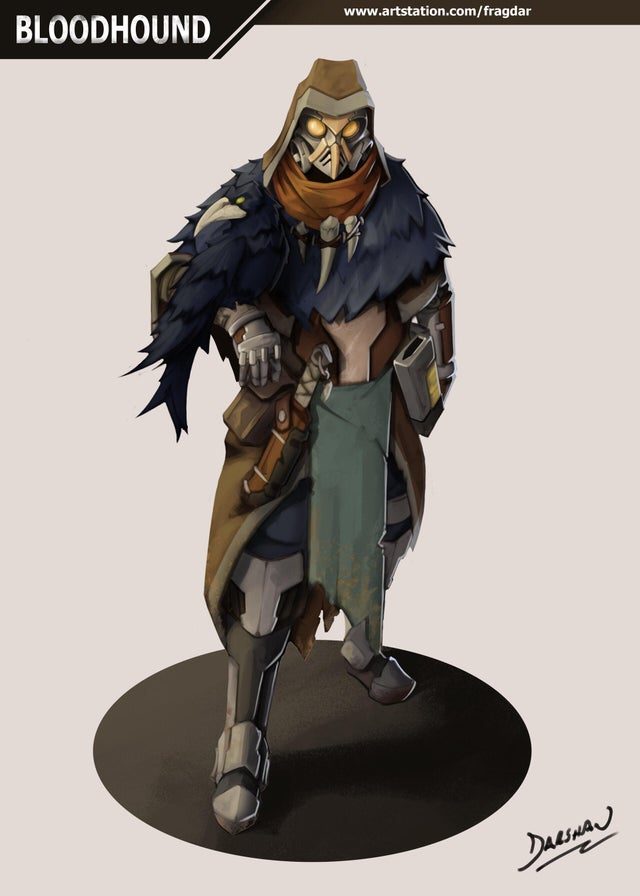 This hooded skin concept would be a great addition to Apex Legends.
600

The final Bloodhound skin on the list is by u/blodhundur, this unique take on the legend also received a lot of love from Bloodhound mains and would be one of the more original skins if it was to be added in Apex Legends. 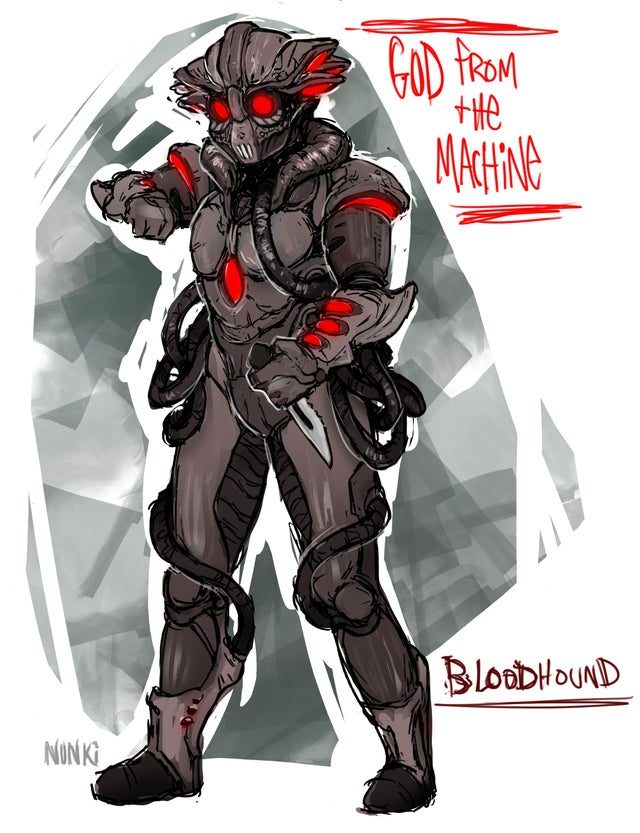 This skin is just terrifying!
600

Octane is probably the most eccentric character in Apex Legends currently and this unusual dinosaur themed skin concept “Old Bones” by u/clarksabino fits the legend perfectly and could easily be a legendary skin. 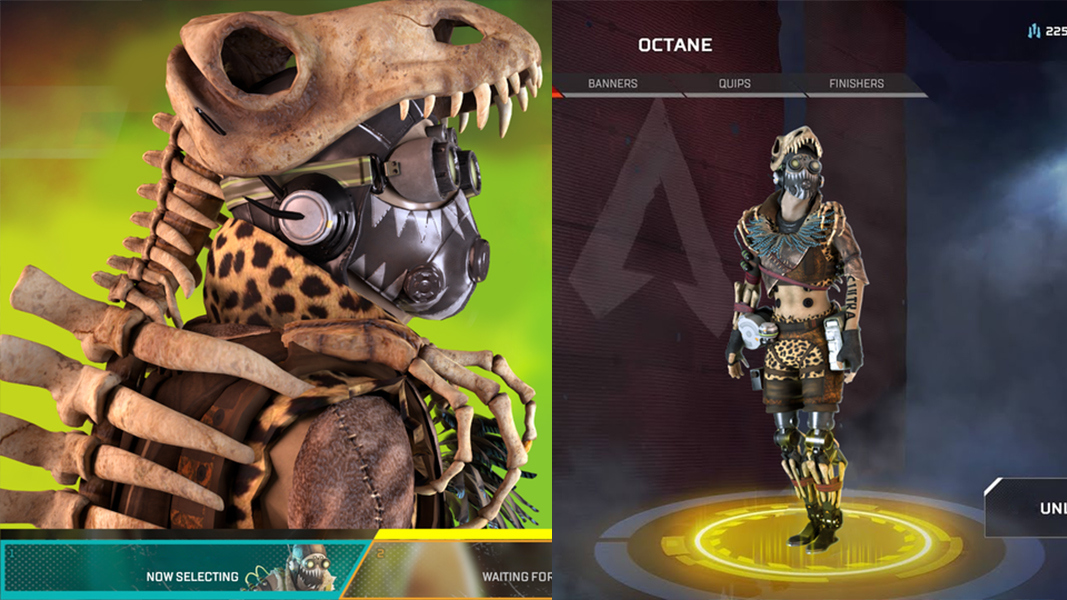 This “Old Bones” concept would fit right in with Apex Legends.

This new skin design titled “Dr. Octane” from u/siriuspetrovik portrays the popular legend as a doctor and many fans have welcomed the idea to see Octane sprinting around with a lab coat on. 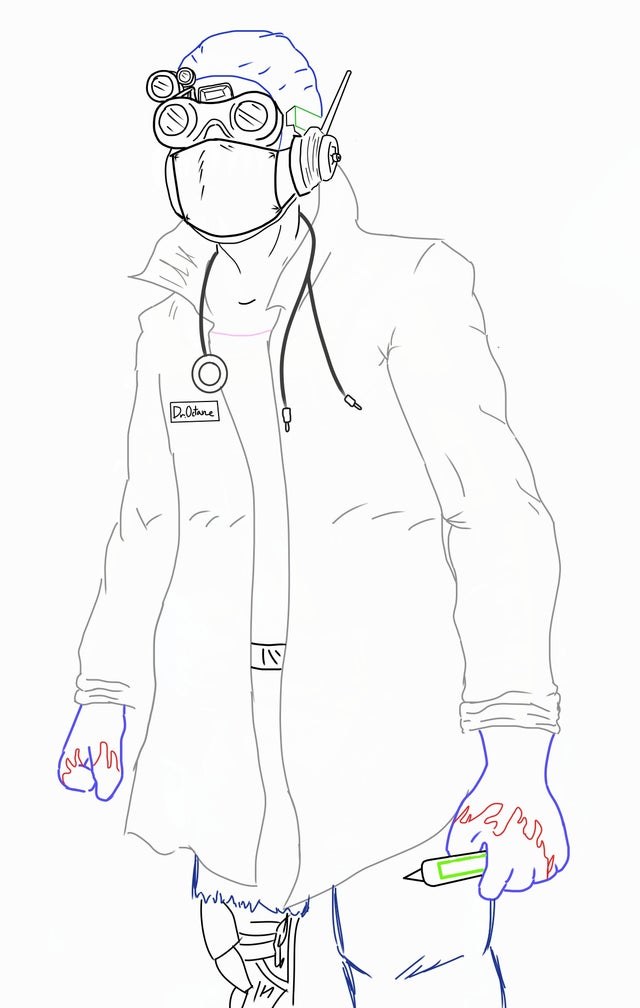 Mirage is one the characters who could also do with some more high tier legendary skins and this “Mirage in a box” skin concept by u/BobTheTankEngine could be just what this holographic trickster needs if done well. 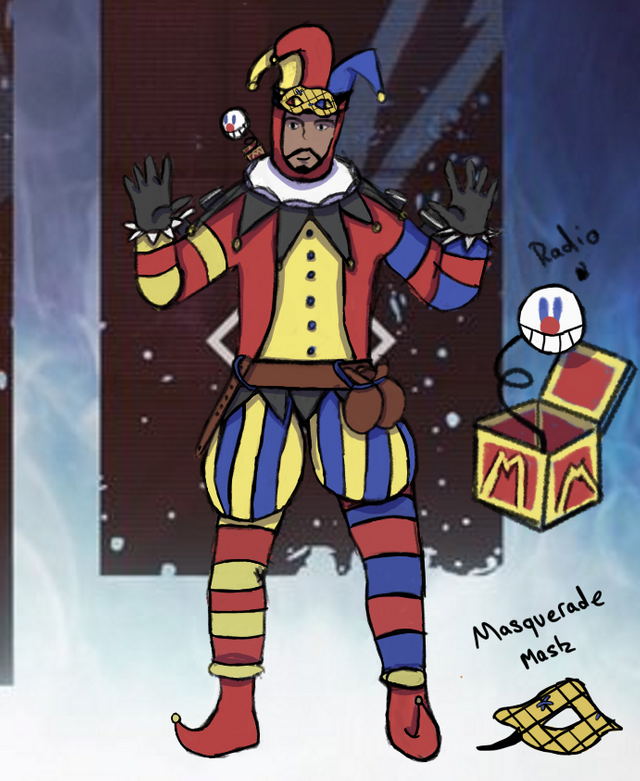 Bangalore’s current skin offerings are much less exotic than some of the other legendary skins in the game, but this new look by u/catchthirtythree33 would certainly have Bangalore mains excited.

In her right hand is a knife – which could perhaps be an heirloom similar to Wraith’s knife. 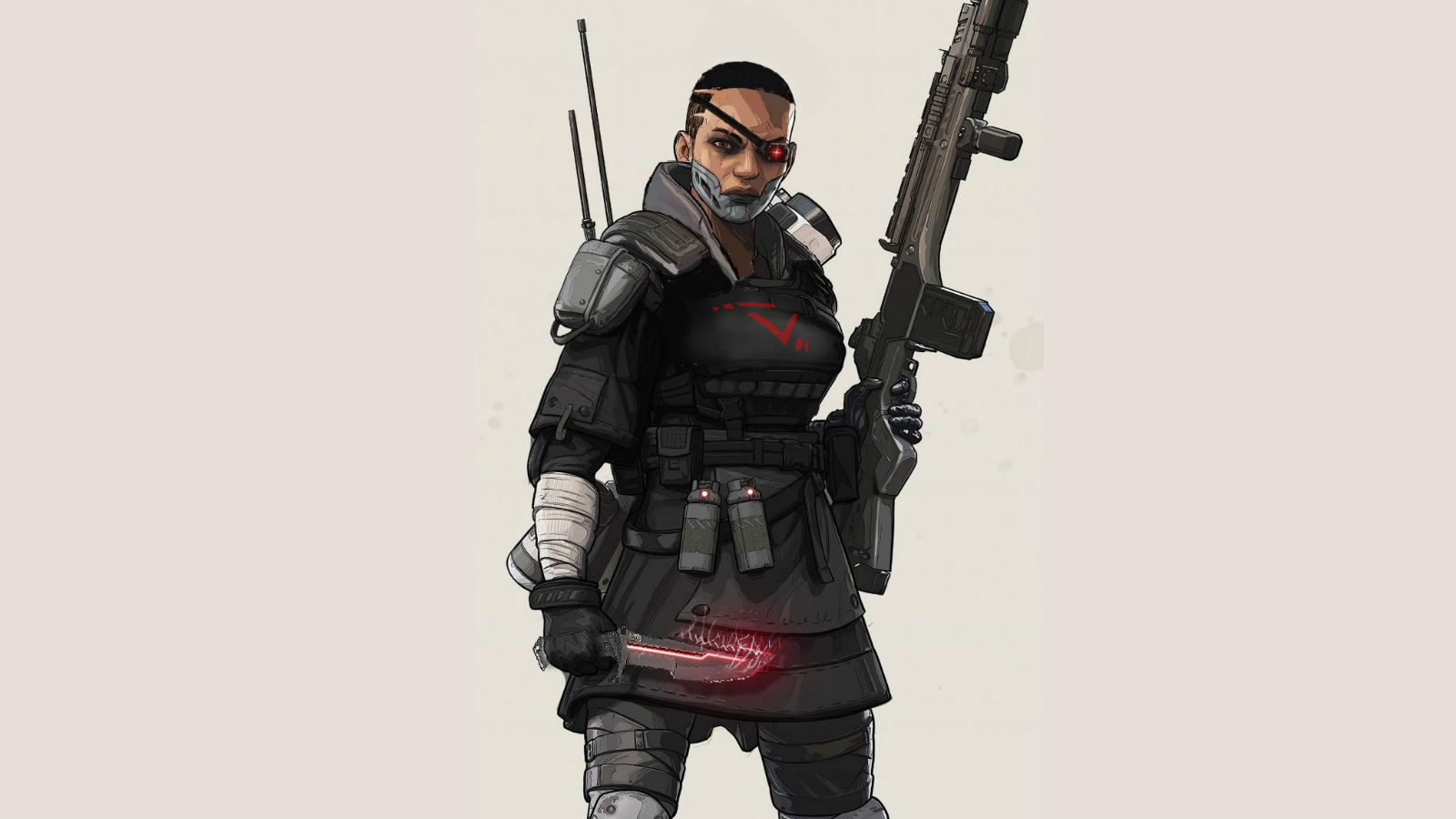 This Bangalore skin concept by Michal Salata remains true to her original style as the professional soldier and is appropriately named ‘Bandziora’ as it features a yellow and black guerrilla style theme. 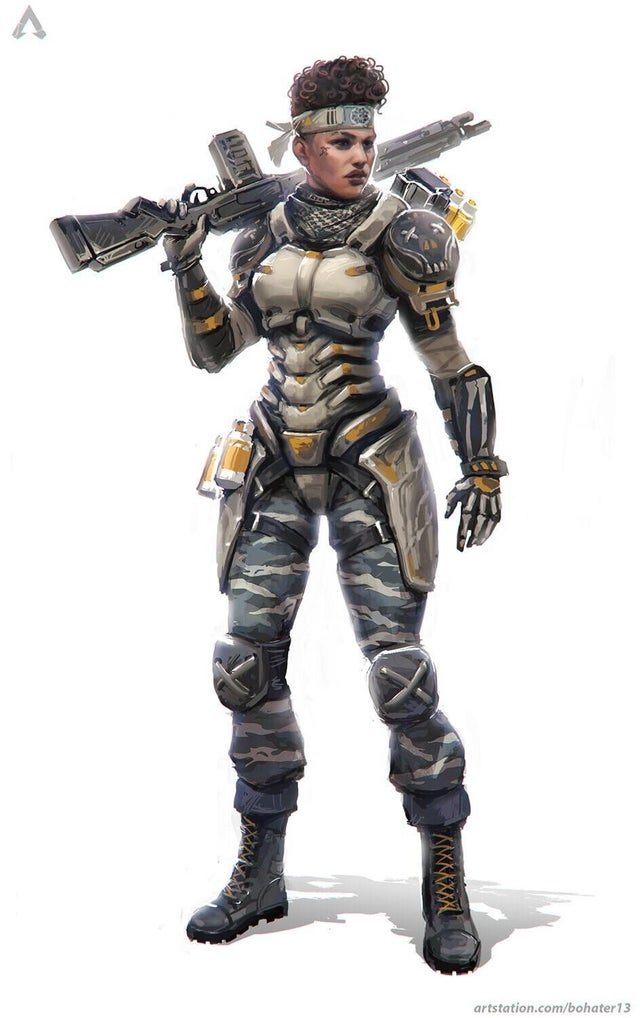 This Bangalore skin concept might be the best yet.
600

These hooded and masked editions of the fan favorite legend Wraith by u/-s0et- are not too far off her base look, which makes it all the more likely that we could see some similar skins added to Apex Legends in future. 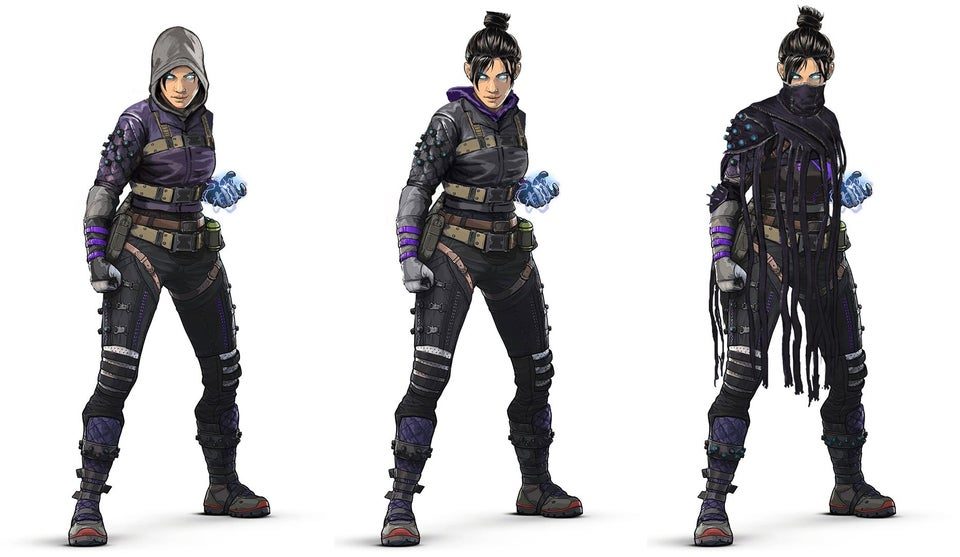 This Wraith skin could allow players to change styles.

With the release of Season 2 quickly approaching it is unlikely that any of these new skin concepts will be added, although many fans are hoping that Respawn will take inspiration from some of their designs for future releases.

They have promised that cosmetics will be much improved for Season 2, but we’ll have to wait and see if they live up to that promise.