Octane has one the most versatile Ultimate abilities in the game as Apex Legends players have found that the Launch Pad can be great for escapes, flanks, and even getting 100% accuracy while in the air.

Zylbrad, a longtime Apex Legends content creator, has been using a trick with Octane that mixes good principals of aim with a consistent trend they discovered when jumping off a Launch Pad.

The YouTuber found that if you slide into Octane’s Ultimate, aiming down the sights of a gun will yield 100% accuracy. While players will still need to actually get the crosshair onto a target, there doesn’t appear to be any effects like bloom that will deter the shot.

Though the player can be seen fumbling some shots here and there, when they zero-in on a far target, it’s impressive to see their shot land despite hurling through the air. 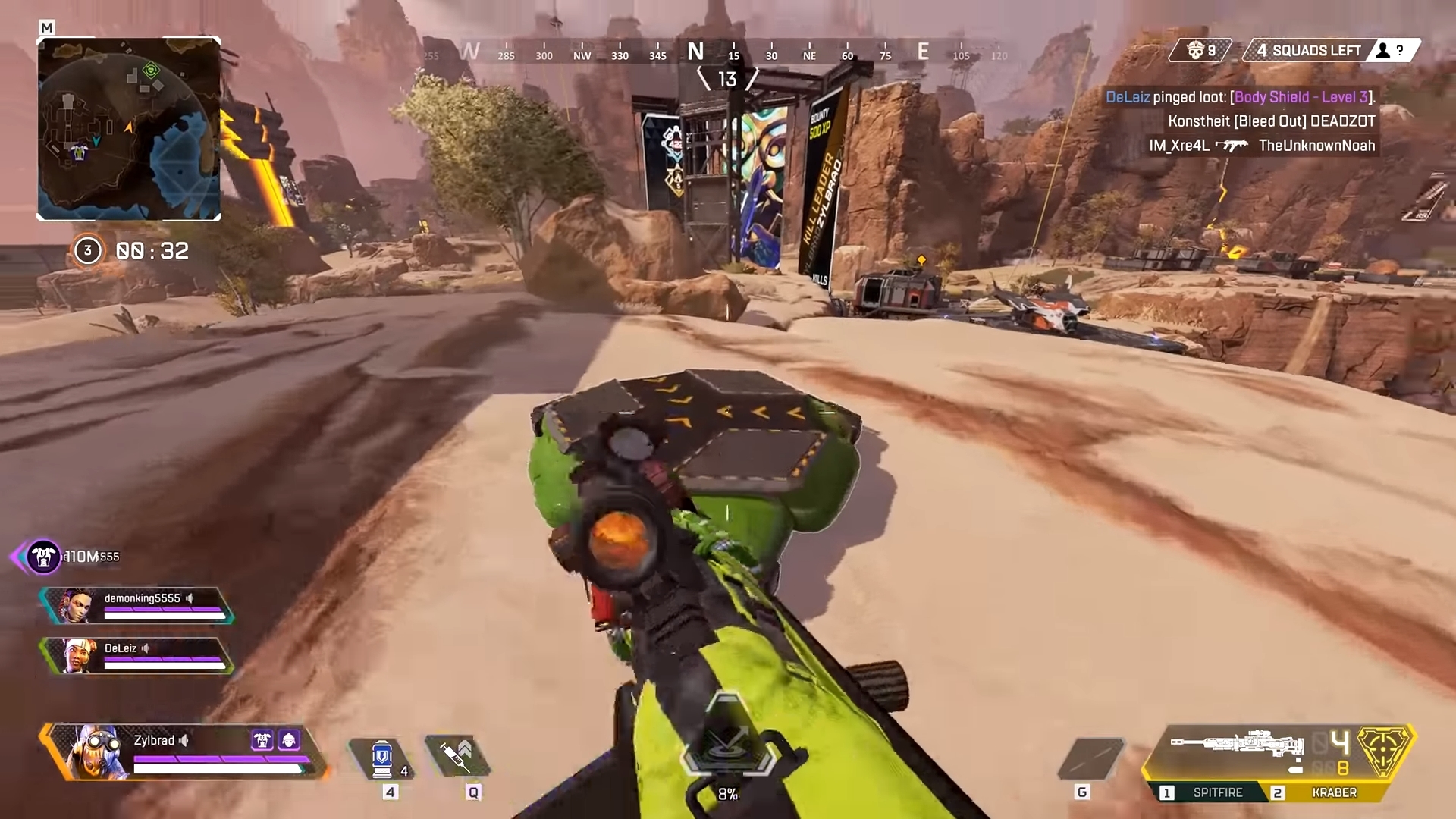 “As you can see, you’re in fact 100% accurate when you slide into the Jump Pad and you gotta make sure that your momentum is still good,” Zylbrad explained.

Having become so practiced with the technique, the YouTuber can be seen hitting Kraber shots from the air with relative ease. The Apex Legends trick-shotter was pulling off crazy attempts in mid-air – a feature they hope the Respawn devs don’t patch out anytime soon.

One downside to the strat, however, is that it forces you to be in mid-air for a lengthy period of time. When you jump off a Launch Pad, your trajectory is pretty much set in place, and veteran Apex players will find it pretty easy to scope someone down if they keep flying off like that and making themselves vulnerable to a long-range shot.

People have had a ton of fun finding out how to use Octane’s Launch Pad to either make it lethal or find interesting rotations, and this is the latest example of that.

With Season 5 being praised as one of the most balanced states of Apex Legends, it would be interesting to see if Respawn decides to nerf this trick.