The release date for Season 1 of Apex Legends has been shrouded in mystery, but AMD might have given some clearer insight on when to expect it.

Respawn Entertainment recently released the game’s first weapon balance patch while teasing a future update that would usher in the game’s first season. Though information was scarce, it seems AMD has provided enough details to spur speculation.

AMDGaming routinely incorporates hit titles to promote their hardware, but one of their latest tweets gave rise to many believing that Apex Legend’s Season 1 would start March 12.

Two of Apex Legend’s most popular weapons caught nerfs this week, and Tuesday ushers in balance patches for some of your favorite Legends. Battle Pass and Season 1 are on the horizon, but you can read more about upcoming changes from @pcgamer right now. https://t.co/z6lSeWVnQW pic.twitter.com/wOQZ4Yqthw

In their message they said that Tuesday would be bringing updates to Legends in the game, which sparked intrigue since Respawn had announced the changes wouldn’t happen until the start of Season 1.

“Two of Apex Legend’s most popular weapons caught nerfs this week, and Tuesday ushers in balance patches for some of your favorite Legends,” AMDGaming said. “Battle Pass and Season 1 are on the horizon…” 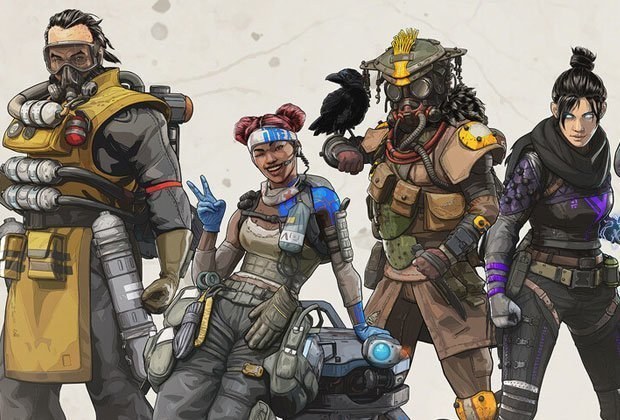 In a March 8 Check-In, the devs announced that AMD recently joined them in their studio to improve stability and performances on PC. Leading some to wonder if AMD learned anything new about the upcoming season during their trip.

AMD was quick to deny any sort of leak, instead saying their wording was a mistake and they believed a patch was coming March 12 which would contain more information on the season’s debut. 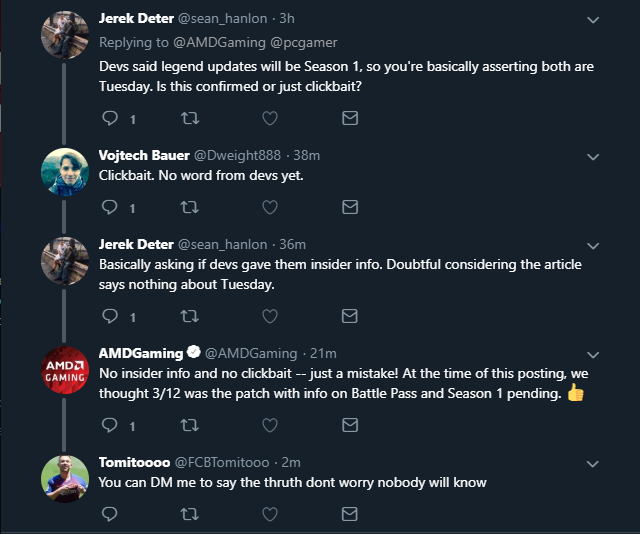 Though the company was quick to diffuse speculations, some still thought the manufacturer had some info they weren’t telling.

Though the confession was enough to settle some speculation, the tweet comes at a pivotal point as Apex Legends players are eagerly awaiting Season 1’s impending release.