Anime fans are going to have dozens of new seasons to dive into when the summer offerings start to roll through. To sift out some of the more anticipated shows to come, here is a list of all the shows fans might want to keep an eye out for. 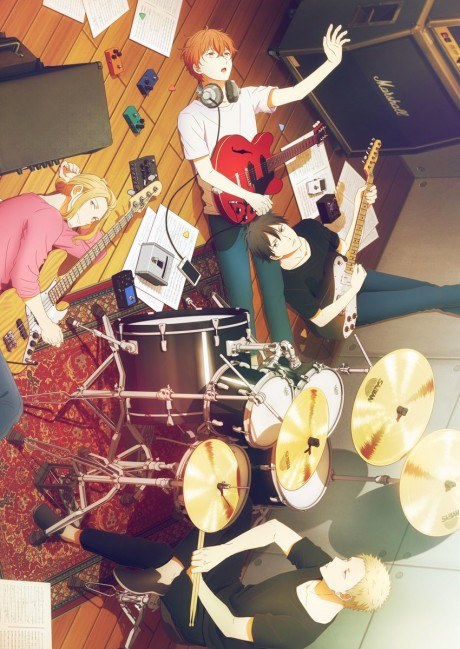 Given is bringing boy bands to the anime screen!
600

Based on the manga, Given is the story of a budding friendship between Uenoyama and Mafuyu. After seeing Mafuyu with his broken guitar, Uenoyama fixes his instrument as a courtesy.

Mafuyu then becomes attached to Uenoyama due to his generosity. Likewise, Uenoyama is deeply impressed with Mafuyu and his voice after hearing one of his songs, leading to an incredible journey for both.

The anime will debut on July 12. 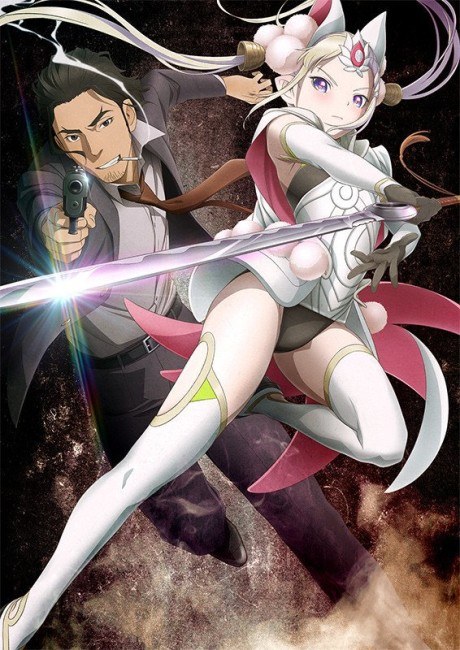 Set in the fictional island of Kariaena, detective Kei Matoba and the other-world knight Tirana keep the peace in San Teresa City.

15 years prior, an interdimensional rift opened above the Pacific Ocean connecting Matoba’s world with Reto Semaani, a land filled with fairies and demons. Now the two are paired up to combat the wave of new crimes the rift will bring about.

Cop Craft will launch on July 9. 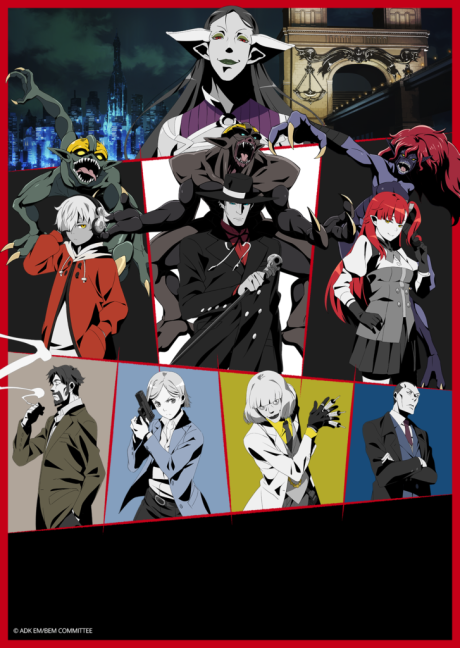 BEM will be sure to deliver creepy monsters and violent fights.
600

Horror fans will have something to look forward to this summer when BEM releases July 15.

A young detective named Sonia crosses the canal that separates Upper Town of Libra City from the “Outside” where crime runs rampant.

She comes across three youkai ningen (demon humans) named Bela, Belo and BEM. The three fight against evil to protect humans, but a darker threat looms in the shadows of Libra City. 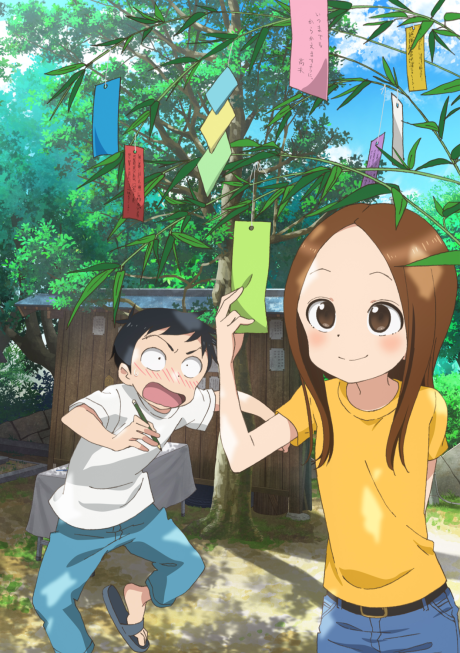 The second season of Karakai Jouzu no Takagi-san is coming July 7.
600

The story follows Takagi and her friend Nishikata, who she loves to make blush. Fed up with how she always gets him, Nishikata schemes to someday get back at her for constantly teasing him 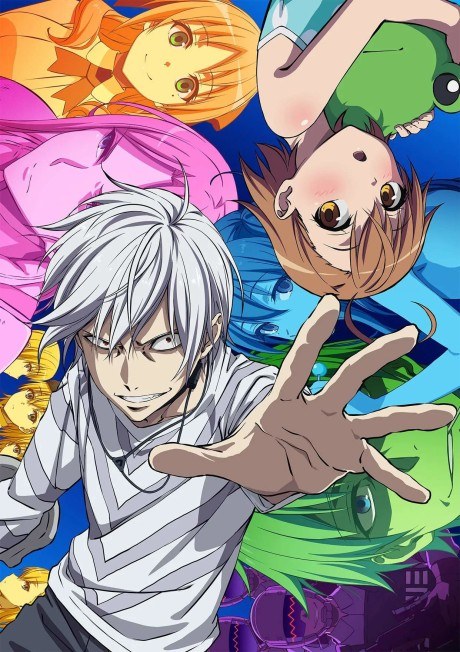 There are only seven Level 5 espers in Academy City, and the highest ranked among them is Accelerator. But after a daunting battle left cost him much of his powers, Accelerator has led a quiet life.

One day he saves the life of a young girl named Estelle Rosenthal, who is being targeted by the sinister group called Disciplinary Action. Now Accelerator is thrust between protecting Estelle while saving Academy City. 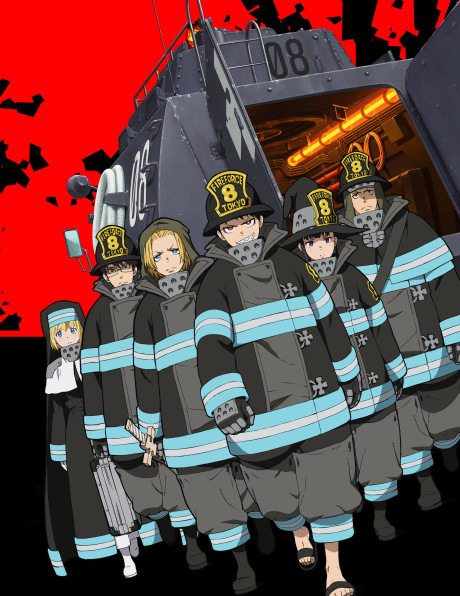 In the year 198 of the Solar Era, Tokyo’s special fire brigades battle a rising phenomenon called spontaneous human combustion that turn them into “Infernals.” But more evolved forms of Infernals are able to control flames while staying in human form.

One such person is Shinra Kusakabe, also known as Devil’s Footprint because of his ability to ignite his feet at will. Shinra joins Special Fire Force Company 8 to combat other Infernals created by a mysterious faction.

Enen no Shouboutai starts up on July 6. 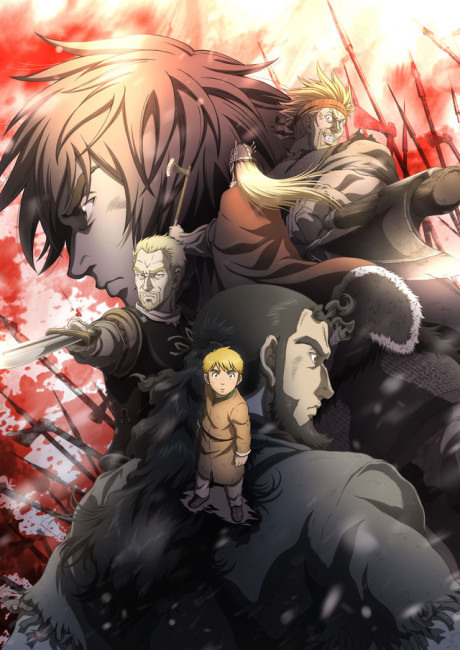 Vinland Saga embarks on its epic on July 8.
600

Thorfinn is out for revenge after mercenary leader Askeladd kills his father, one of the Viking’s greatest warriors.

In plotting his revenge Thorfinn joins Askeladd’s group of bandits to challenge him to a duel, but gets caught in the middle of a war over the crown of England. 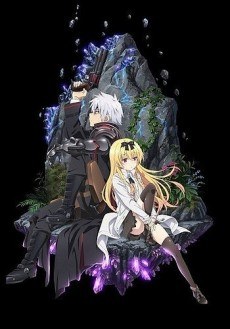 Nagumo Hajime will prove his worth in Arifureta Shokugyou de Sekai Saikyou.
600

Nagumo Hajime is a regular student among a class expected to be heroes to save a country from sure destruction. While everyone else were given extraordinary job classes, his is “Synergist” also known as a simple artisan class.

During a dungeon expedition with the rest of his class he falls to the depths of the abyss which kick starts his adventure for survival.

Studios White Fox and Asread will release their anime July 8. 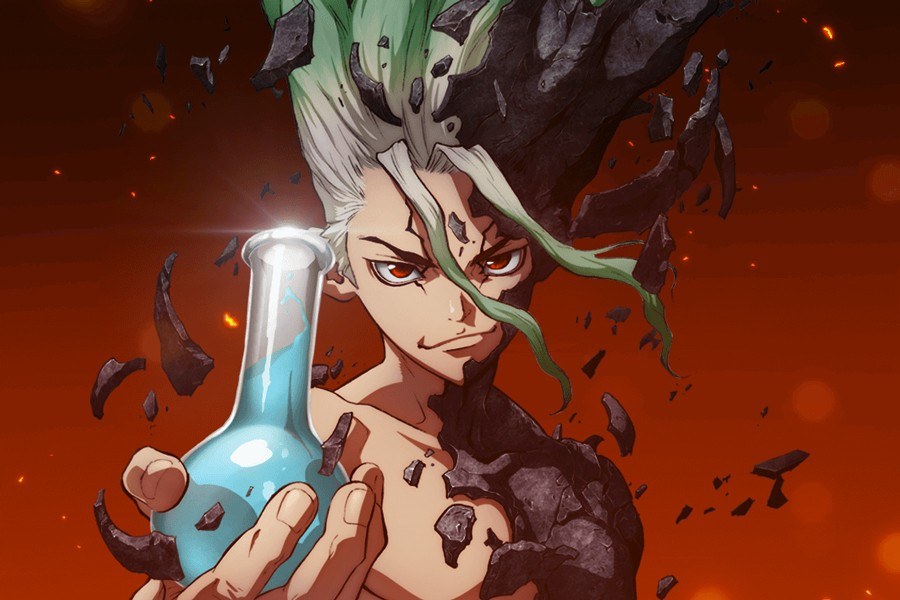 Senku and his friend will unravel the secrets in Dr. STONE on July 5.
600

On the day that Ooki Taiju finally confesses his affection to Yuzuriha, a strange glow fills the sky turning everyone touched by light into stone.

Thousands of years pass and Taiju breaks free of his stone imprisonment to find his old friend Senku, who recently broke free as well. The two embark on a journey to find the cause of the incident and how to fix it. 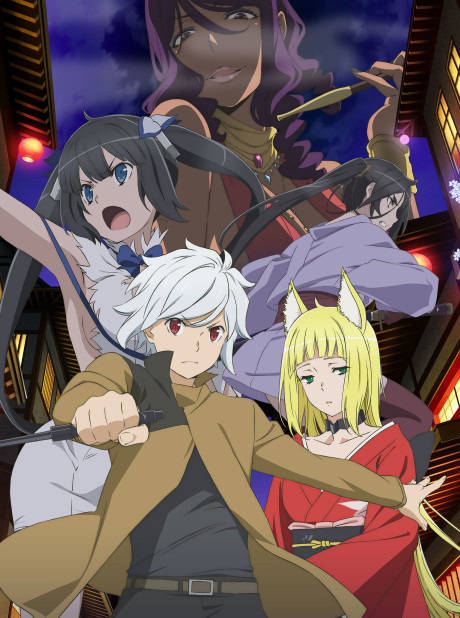 Bell Cranel will continue his adventure on July 13.
600

Dungeon ni Deai wo Motomeru no wa Machigatteiru Darou ka II, or “Is It Wrong to Try to Pick Up Girls in a Dungeon?,” is the highly anticipated second season of the hilarious show that follows young adventurer Bell Cranel.

Now the series will continue with Cranel and his Familia (or guild) under goddess Hestia to see what else the cast will encounter on their adventures.

Fans are going to get a packed summer full of great shows to binge, but this shortlist is a great place to start to quench the anime thirst.