Fans of the popular anime RWBY (pronounced ‘ruby’) cite everything from the show’s design to its colorful characters as reasons for why they love the franchise, but one artist gave the series a nostalgic twist that produced an incredible effect.

The show that started out back in 2013 slowly built a following that eventually surged throughout its six seasons, which has now turned into a massive cult following.

Tons of anime fans have poured hours watching young Huntresses Ruby, Weiss, Blake, and Yang (RWBY) grow while learning the ins and outs of being a proper Huntress. While one of the initial draws of the show lies in its unique animation style, one fan had the idea of giving some of the main characters a classic OVA rendition. 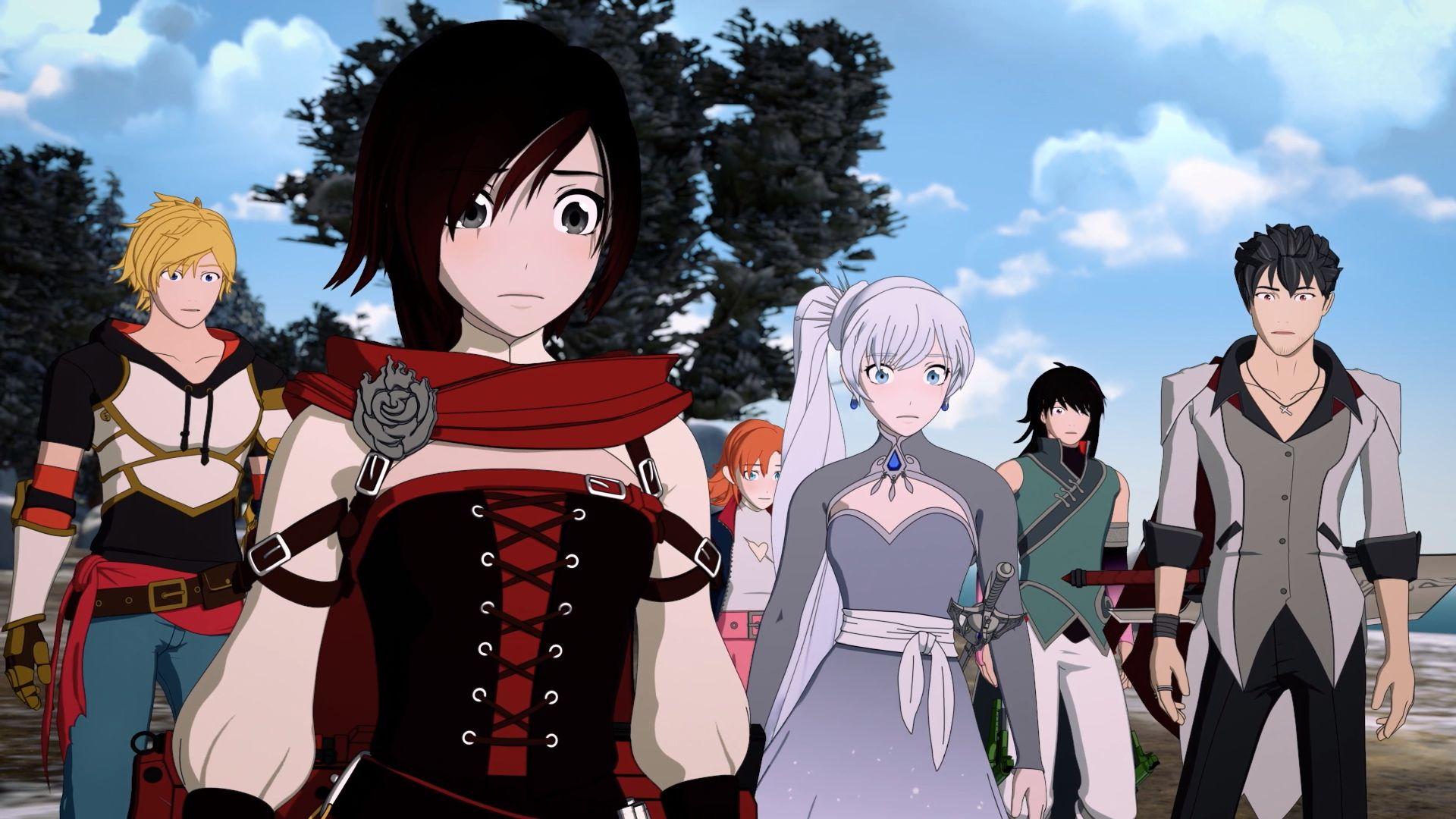 A lot of the fans for the anime were intrigued by its interesting design, but stayed for the incredible story and characters.

In a Twitter post, artist David Liu released an astonishing take on main characters Ruby Rose and her half-sister Yang Xiao Long that has the two modern anime stars transformed into a throwback style.

“I’ve been toiling away at this slowly during warm ups, cool downs, and breaks from the work. AND I’ve finally finished,” Liu said. “I present to you, Yang and Ruby (from #RWBY of course) if it were adapted into a classic anime OVA.”

For added measure, Liu also included a clean cel version of the design, but even more eye-opening was a VHS-style render that gave the art an extra dimension of authentic OVA feel. 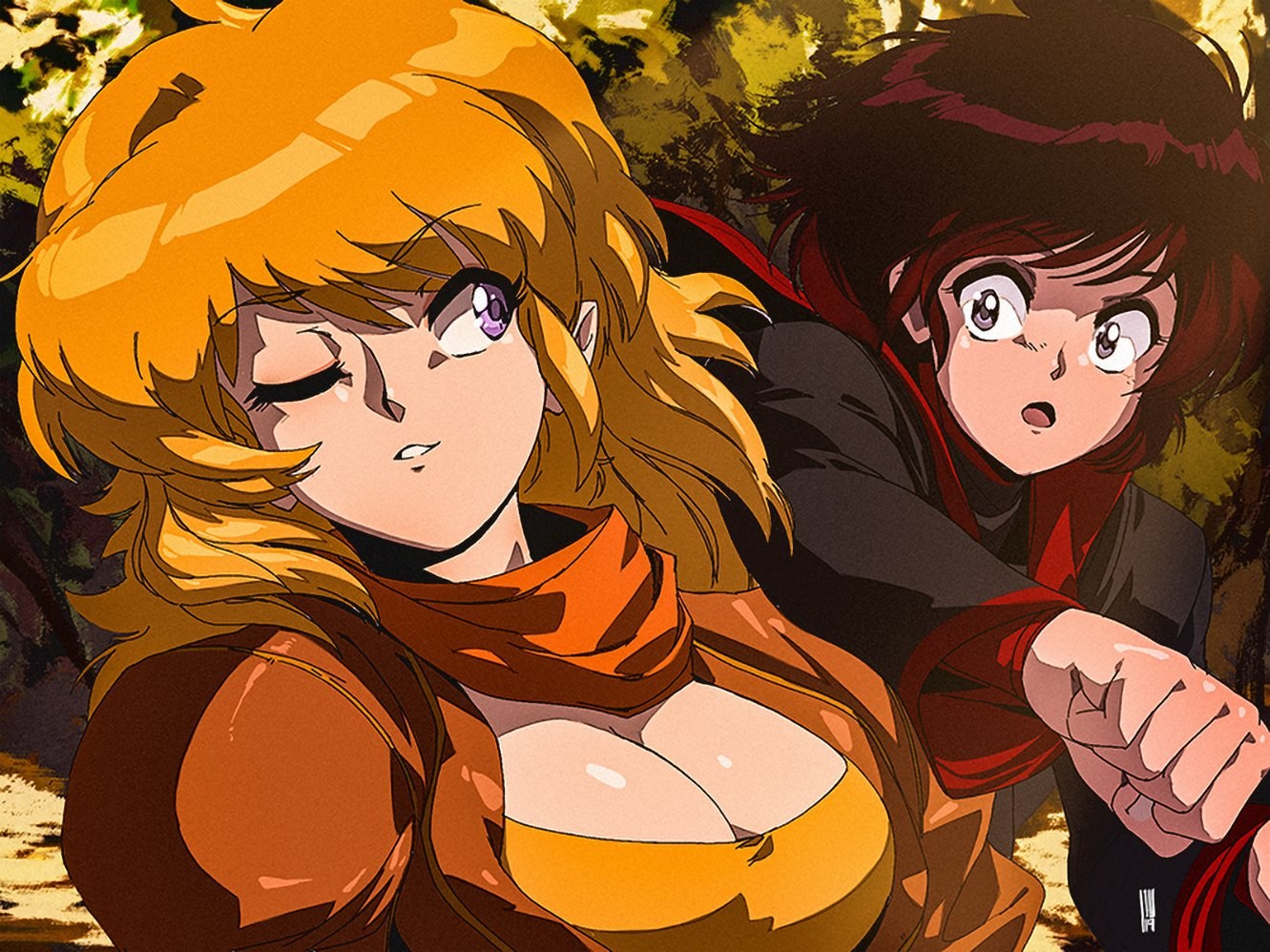 The change of style might not seem like a big deal for a lot of anime fans, but comparing it to the source material reveals night and day differences in style.

RWBY turned a lot of heads when it first premiered online in July of 2013.

While the production company behind it, Rooster Teeth, became popular for their series ‘Red vs. Blue,’ RWBY had made an instant impact for those who adopted the show early on. 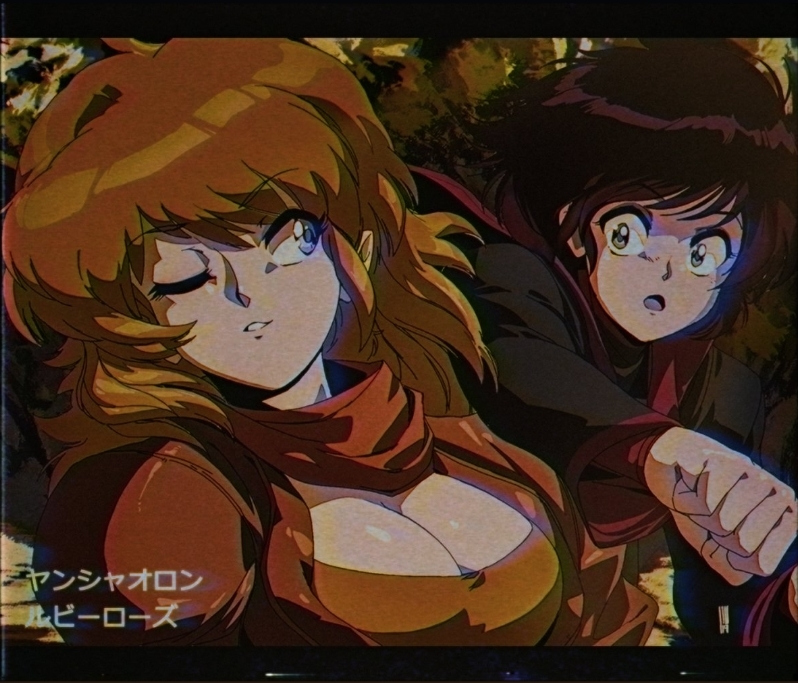 The artist was able to perfectly recreate RWBY in OVA, but took the extra step by adding a classic VHS effect to the design.

The American anime introduced such a unique take for their show, it has since led artists like Liu and others to give amazing renditions to see how the characters would look like in various styles.