The 100 Thieves organization is at the forefront of fashion and streetwear in esports, and that combined with CEO Matthew ‘Nadeshot’ Haag’s love for anime created an amazing series of unique fan art.

Nadeshot hired artist ‘Madebyrvk’ to breathe new life into characters like Goku, Gon, Naruto, and more but with a modern twist that brings a completely new dimension to the classic heroes.

Though Madebyrvk typically creates renditions of characters from popular anime with a street style, Nadeshot commissioned five pieces in the same vein but decked out in 100T garb. 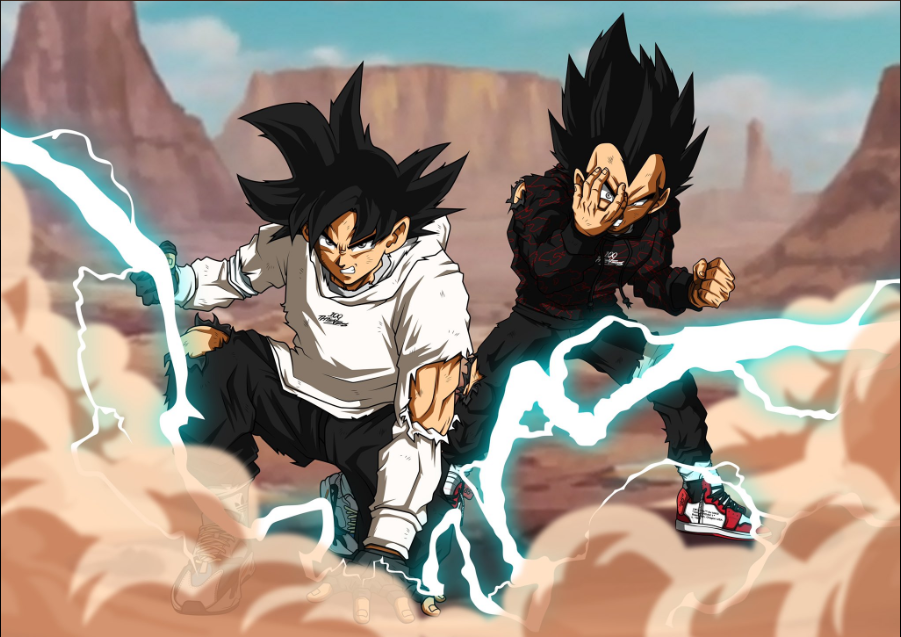 Goku and Vegeta are representing Dragon Team with some flare.

“Fell in love with anime when I was a kid on Toonami starting with Dragon Ball Z and ever since I became obsessed with Hunter x Hunter, Naruto and My Hero Acadamia, just to name a few…,” Nadeshot said. “With all of that in mind, I wanted to combine all of these things that I love into one form of art to surround myself with every day…”

The result of which bred the likes of Goku and Vegeta sporting 700’s and OFF-WHITE Jordan 1’s while showing off 100T-branded hoodies. 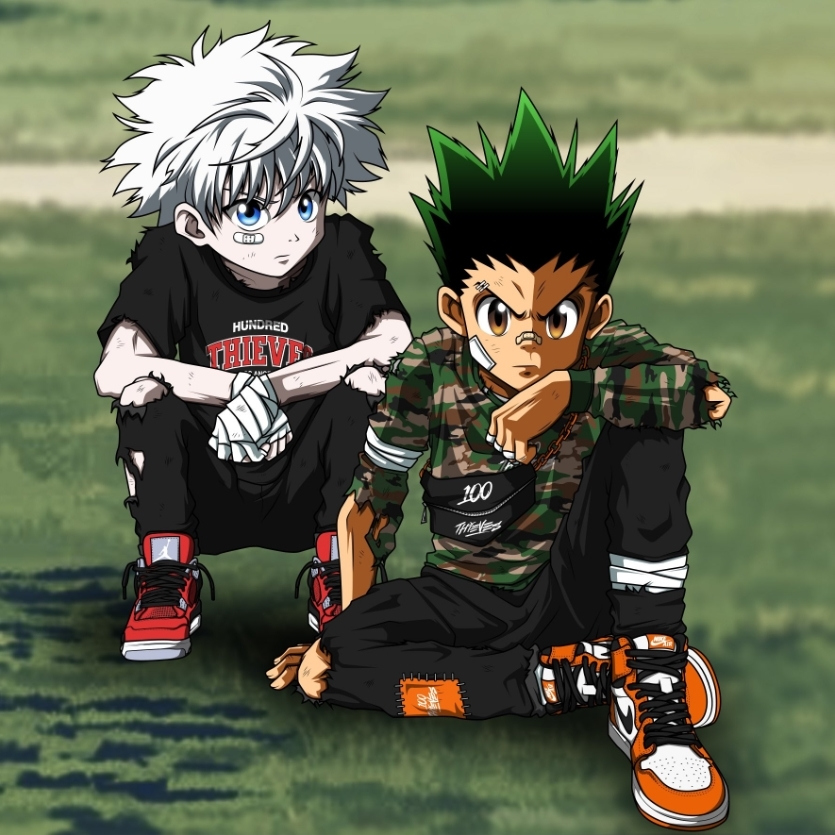 Gon and Killua can easily hunt with their killer looks.

Another piece featured My Hero Academia competitive rivals Midoriya and Todoroki in 100T hero-wear. While a whole other piece showed off Killua and Gon from Hunter x Hunter in tattered clothes while wearing Toro Bravos and Shattered Backboard Aways, respectively.

Some of the most fitting pieces came from the Naruto universe with Itachi trading in his Akatsuki cloak for a red and black hoodie with matching headband. Which one would only assume the rogue ninja org would don something very similar in 2019. 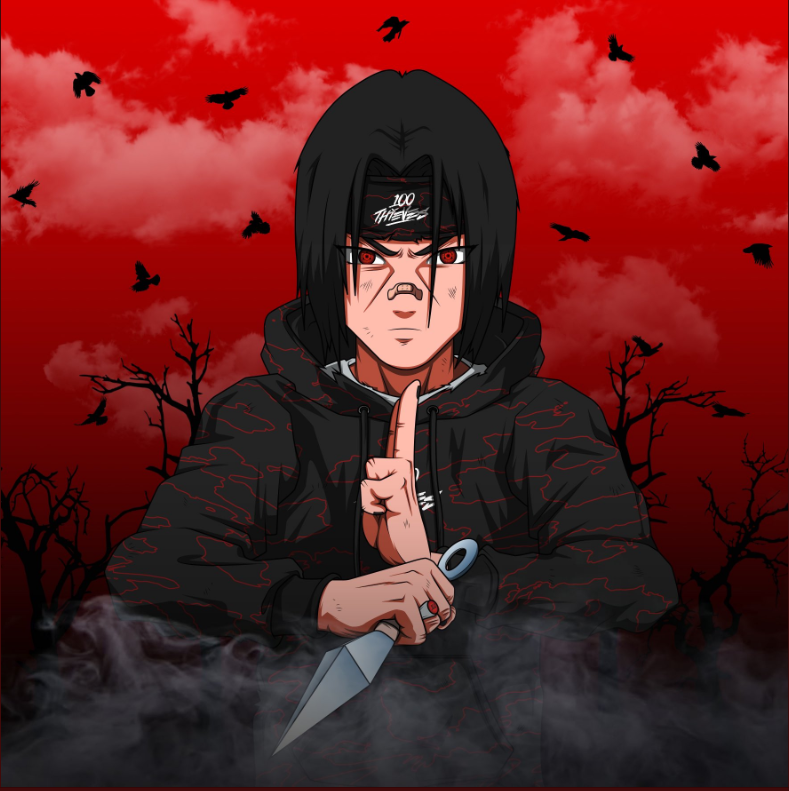 madebyrvk gave Itachi an updated look to his menacing/cool style.

Naruto is shown with a similar headband while wearing a black branded Tee with red camo pants and OFF-WHITE Air Max 90’s. While Kakashi-sensei is stunting on his pupil with custom blue 100T headband, face mask and long sleeve with OFF-WHITE UNC’s. 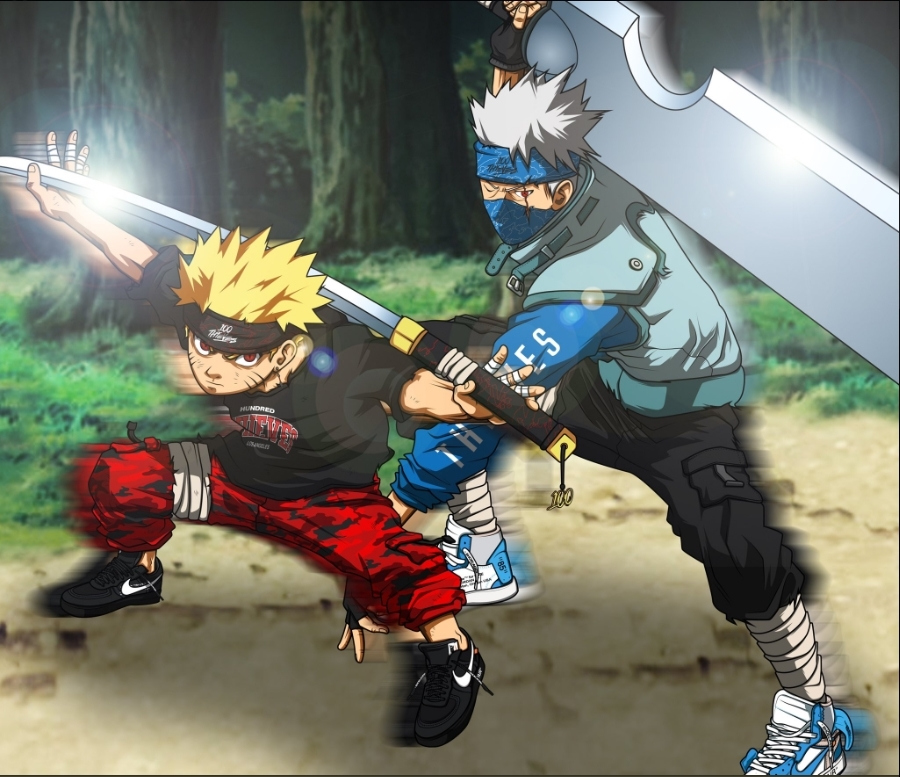 Team 7 has the best street-jutsu in the Leaf Village.

In his message to his fans, Nadeshot mentioned that he has more art pieces from Madebyrvk but isn’t able to show them off quite yet because they would “be spoiling future apparel drops.” 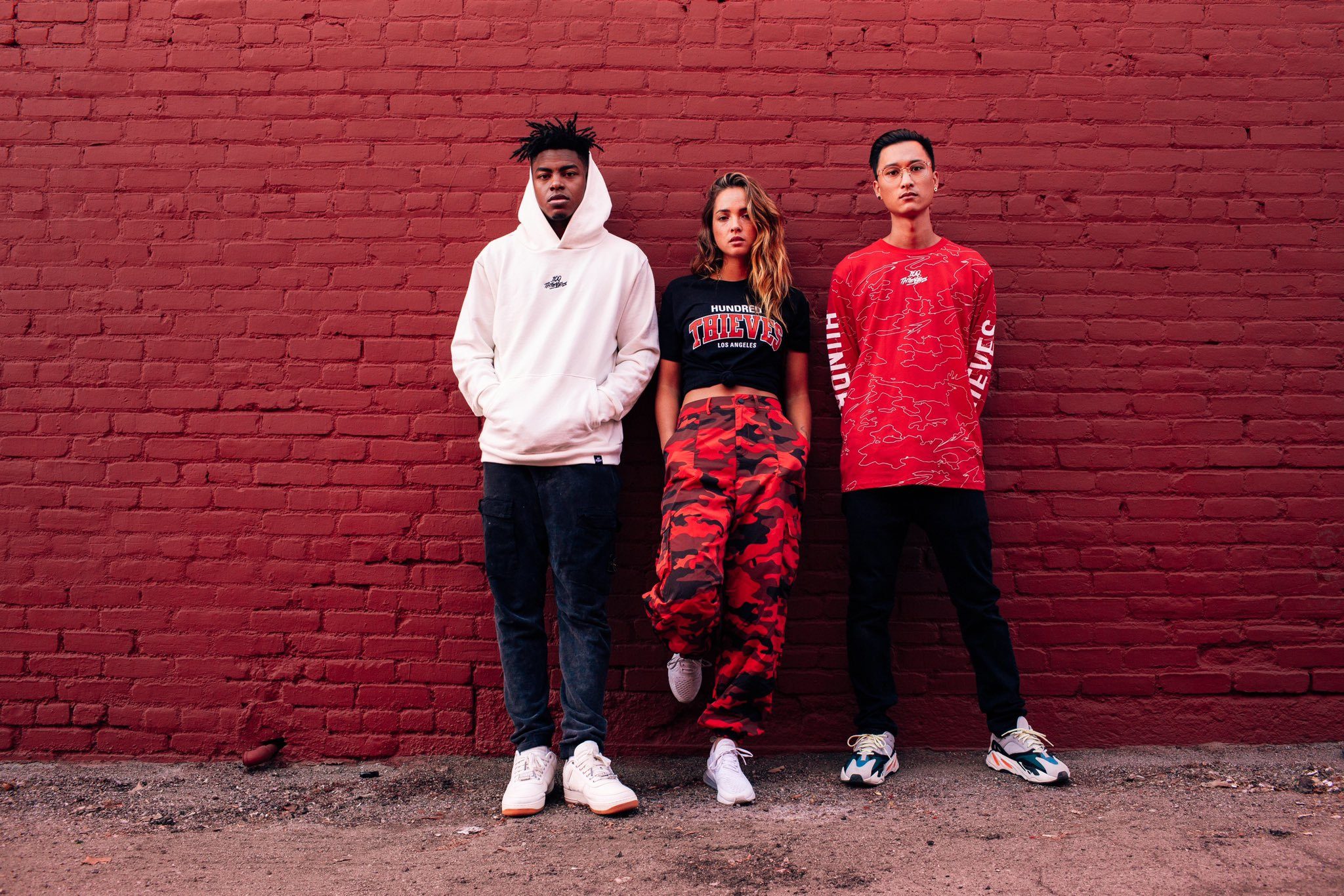 100T fans might recognize some of the clothes the characters are wearing from their real-life counterparts.

The entire collection is a masterful love letter to varying spaces of entertainment and fashion. By fusing esports, anime, streetwear and sneakers, Madebyrvk and Nadeshot created something a lot of people could relate with in some degree.