The upcoming Sonic the Hedgehog movie seems to be taking some visual cues from Sonic’s foray into Super Smash Bros.

The Sonic the Hedgehog movie has had a turbulent road to blaze down as it ran towards theaters. The movie was due out in 2019, but thanks to a disastrous reveal of his CGI counterpart, the movie was delayed until 2020.

It looks like, as pointed out on YouTube by Gamexplain, some of the hedgehog’s animators and artists took some visual cues from Sonic’s appearance in Smash.

It’s extremely unlikely (as Gamexplain suggests in their meme-ridden sketch after revealing the link), that Sakurai had anything to do with Sonic’s retooling at the behest of fans.

However, it’s fun to think about Smash’s influence in the minds of animators and modelers as they looked to revitalize the character’s poorly received initial concept.

It’s an almost blink and you miss it pose in the most recent trailer, but at 00:17, you can see the speed demon strike a pose that seems to have been copied right from his Smash Ultimate render. 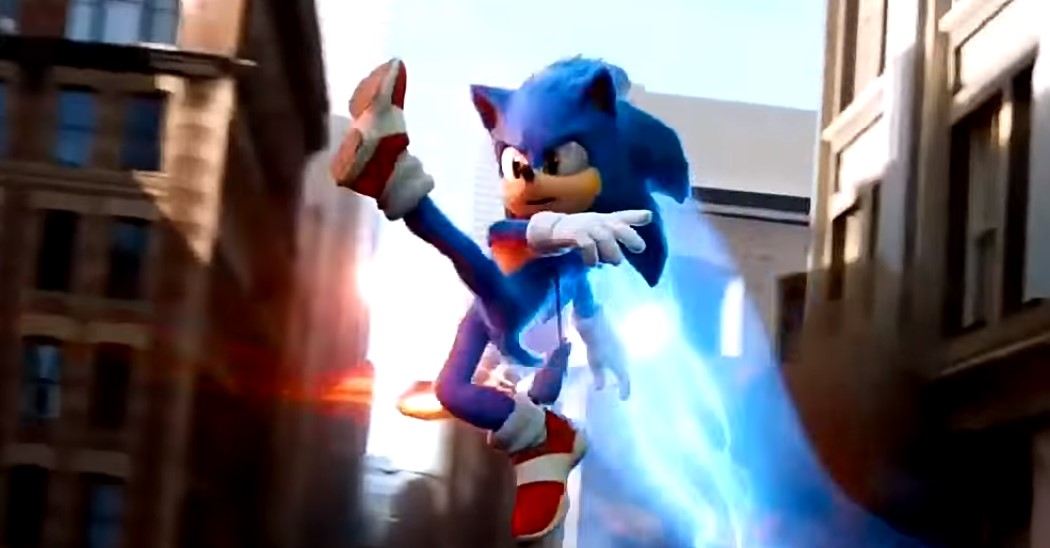 This is further supported by a recent poster featuring his redesign, which seems to be modeled after Sonic’s Smash for Wii U render:

While it’s entirely possible this is a massive coincidence, it does seem like these poses have been at least used as a point of reference for artists working on the film.

This practice has also been done in other mediums, though in reverse. As an example, Dragonball FighterZ famously pulls poses directly from the anime and manga in an effort to keep the game as faithful as possible.

Given how virtuously the response to the character’s not-so faithful original design, this could be just what the doctor (Robotnik) ordered.

Sonic the Hedgehog the Movie blazes into theatres (and hopefully) fan’s hearts this Valentine’s Day.