Smash pros sound off on how Nintendo can better support tournaments

Nintendo and the Super Smash Bros. community have long been at odds over how to handle the game’s competitive scene, especially when it comes to how tournaments are run. Dexerto spoke to several pros of Super Smash Bros. Ultimate for their thoughts on how relations can be improved.

One of the most pressing issues, if you’re a Super Smash Bros. pro, is that tournament winnings for the game do not proportionately match how popular tournaments have become on platforms like Twitch. This has become such an issue that several pro players have locked their attendance at tournaments behind subscriber goals for their personal streams, if they attend at all as competitors.

While many players in the game still play for glory, a lot of their salaries are subsidized more by teams than by prize winnings, with the latter being relegated largely to prize pools funded by tournament entrants alone. Compared with other games in the FGC, which have full developer support with a sanctioned tour, some Smash players have felt a little left out in the cold. This is especially true as Nintendo doesn’t even offer a pot bonus for any of their Smash events.

“Money would be a nice thing,” Jestise “MVD” Negron said.  “Maybe just having an organized circuit, whether they fund it or just fund the venues, and maybe not the pots to make it an overall amazing experience… I just want to see some Nintendo sanctioned events.”

Nintendo’s support for these tournaments has largely been logistical in the past, and a sponsorship of the event as a whole at best, helping supply setups and running marketing campaigns such as the Smash Ultimate booth at Evo before the game’s debut. In recent years, Nintendo has run the NintendoVS Twitter account, which has done a lot to publicize Smash events run by third party organizers on the platform, but some players would like something more.

What can Nintendo do to better support Smash Ultimate esports? ?

“If they can’t do money for the events, just Nintendo hosting it themselves would attract way more attention than what a normal tournament gets,” Light told Dexerto.

Nintendo has tried to wade in with their own online series of events, partnered with Battlefy, to either seed major FGC events like Genesis, as well as their own events run at PAX East, but those events have been widely panned by the community because they are online, or use rulesets that aren’t used at major tournament events.

Other players have more suggestions for Nintendo too; for example, Salem doesn’t even care about the money, but wishes that Masahiro Sakruai, the lead developer on the Super Smash Bros. series, would attend more events and be more of an active face for the game’s community. This echoes the way Yoshinori Ono and Katuhiro Harada play these roles for Street Fighter and Tekken respectively.

This idea echoes what other developers have done to promote their games in client, such as Fortnite, League of Legends, and Overwatch, all of which leveraged their clients to help promote that their respective major events were happening. 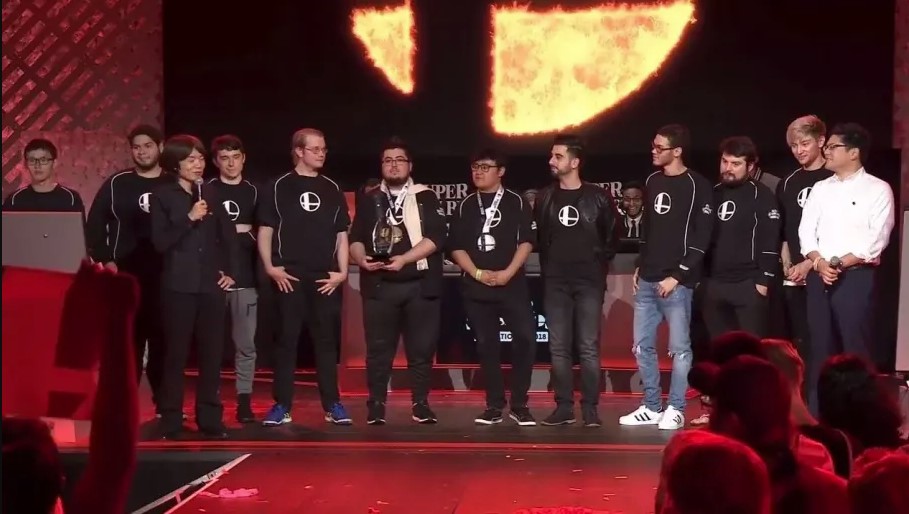 The Super Smash Bros. Ultimate Invitational marks one of the only events that Nintendo has run.

All of this is not to say that Smash is in any danger of going away – far from it. The players really just want what’s best for the scene, and wish Nintendo would get on their level.

But if that’s not to be, then they’ll keep right on trucking as they have been for years, with or without direct developer support from Nintendo.