In the first game in what would go on to be an epic 5-stage set, Falcon main Ogey put on a clinic against his fellow LSE teammate, taking the first stock only 18 seconds in.

While Flow tried to strike back, his Roy fell victim to Falcon’s double up air into down tilt, with the roundhouse kick sending the sword fighter off the Pokemon Stadium stage and to his death nearly 35 seconds in.

The final stock was taken moments later after an off-stage skirmish put Falcon in a perfect position to down-air the Roy, meteoring Flow to take the game in only 47 seconds – fast, even for F-Zero standards.

For his part, Flow started laughing at his abysmal first game showing. Speaking with Dexerto, Zidany said he brushed it off.

“I was like ‘alright nothing happened, focus for the next game,’” he said. “I was like, ‘It’s all right just play your game wake up, this game didn’t count.’”

While Flow did lose the second game as well, it was nowhere near as dominant by Ogey, as the French Roy started finding his groove. He then proceeded to take the next two games, sending the series to a final deciding map 5.

Unfortunately for Flow, he found himself two stocks down and nearly 3-stocked once more by his fellow countryman.

“I knew I wasn’t playing well, so I focused on what I could do at the current moment,” Zidany told Dexerto. 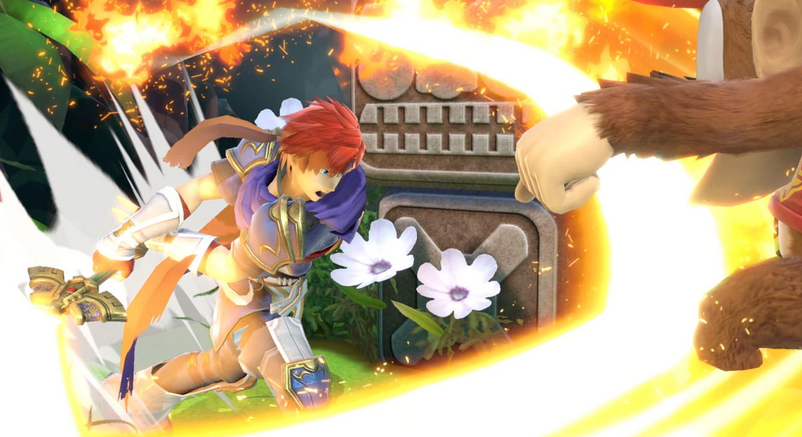 Never give up. Trust your instincts.

After coming to his senses, Flow struck back and took two straight stocks, bringing the set to a last-hit-wins scenario.

“Sadly that didn’t make me win the set,” he admitted

While Zidany ultimately lost the war, he won numerous battles along the way, and showed exactly why keeping a clear head is important to doing well in fighting games – or any esport, for that matter.