A Los Angeles street festival sponsored by the LA Times is combining esports with a 3v3 basketball tournament.

“For the first time ever, FIBA 3×3 World Tour Basketball and the hottest esports competitions collab at the L.A. Street Festival,” the event’s description reads.

In total, there will be $4000 on the line in a series of eight mini Super Smash Bros Ultimate tournaments. 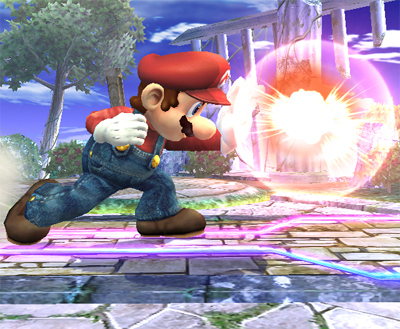 Super Smash Bros Ultimate is one of the most popular fighting games on the market.
[ad name=”article2″]

However, there is more Smash fun to be had and prizes will be on the line including HyperX peripherals.

Side events include five Smash Ladders competitions where players are paired randomly and play a series of matches against each other over the course of an hour. The player with the most wins to his or her name emerges victorious.

There will also be Squad Strike and Free For All modes for players of all ages.

Southern California’s Smash Ultimate scene has been largely impacted by ESA, who also organizes the Wednesday Night Fights weekly. The April-June So-Cal Power Rankings include greats such as VoiD, Elegant and Larry Lurr.

The SoCal scene in the FGC has been one of the largest and longest-running stalwarts of the scene, so this festival should prove as a good representation of what the scene’s about.

The event is headlined by the FIBA 3×3 World Tour Masters, a competition that teams across the globe had to win qualifiers to even attend. This will be a chance for fans to check out 3×3 basketball in person before its Olympic debut in Tokyo in 2020.

Additionally, Hoop It Up, a grassroots 3×3 basketball tour in the US will hold an open tournament.

“We are thrilled to bring the world’s best 3×3 basketball players to Los Angeles in partnership with FIBA,” Patrick Soon-Shiong, Chairman and CEO of NantWorks and Executive Chairman of the Los Angeles Times said.

The LA Street Festival takes place on September 20 and 21 in El Segundo.