Two major Rainbow Six Siege events have been announced for 2018 and 2019 at the Paris Major, with the date and location for Pro League 8 Finals and The Rainbow Six Invitational revealed.

The Invitational will boast a minimum prize pool of $650,000, but is expected to approach $1 million with crowdfunding included, and the Pro League 8 finals will hand out $275,000 on November 17-18 in Rio de Janeiro, Brazil.

The World Championship invitational event will take place on February 11 – 17, in Montreal, Canada, and as well as the massive $650,000+ prize pool, participating teams will also receive commission from the 30% revenue sharing deal. 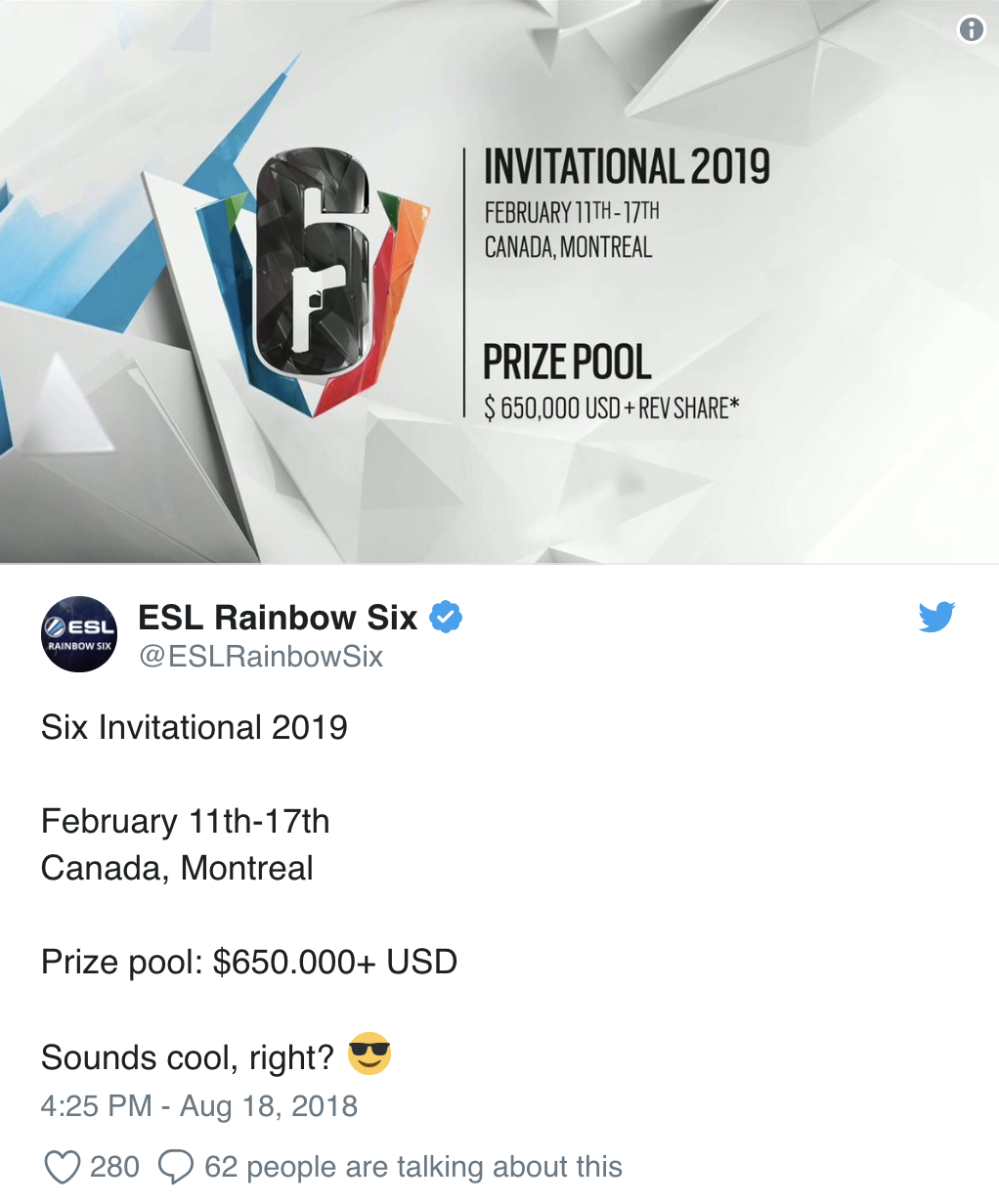 The starting prize pool of the championship will be $650,000, but ESL Pro League in-game items will bolster the prize pool.

21% of in-game sales go directly the 11 league participants, and another 9% goes to the prize pool of the Six Invitational 2019. Organizers predict that the prize pool will eventually rise to over $1 million once the revenue sharing is included.

We spoke with EMEA Rainbow Six Esports director Francois Xavier Daniele about the introduction of esports skins and much more.

The Rainbow Six Pro League Season 8 finals will be held at the Olympic Stadium (Jeunesse Arena) in Rio de Janeiro on November 17, with its own $275,000 prize pool.

The Paris Major is still on going, with the tournament at the semi-finals stage. You can keep up with all the action on our dedicated coverage hub.