Game Freak may not have been at Gamescom this year but they have released more footage of Pokemon Sword and Shield’s Galar region, and there’s a lot to get through.

The clip starts by showing us a Pokemon Research Lab where Professor Magnolia researches the Dynamax phenomenon. Whether this lab is unique to this particular town, or more widespread through the Galar region, is unknown. 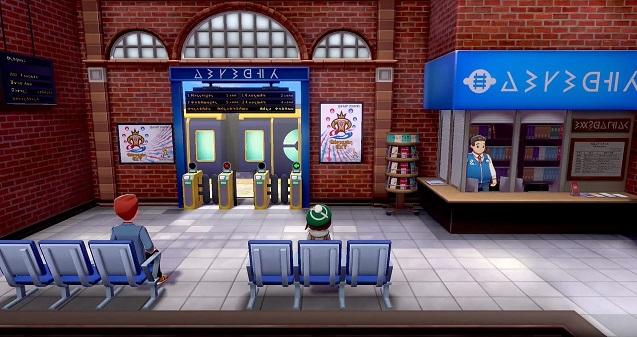 One of the train stations found through the Galar region…

Another way of getting around the region was also introduced in the video. Train stations are dotted throughout Galar which presumably let you travel instantly between towns (you have already been to).

They are used “as transport for both commuting and travelling for pleasure”. The other form of transport is with the Gen 8 Pokemon, Corviknight, which was one of the first Galarian Pokemon to be revealed.

Following that, the new look Pokemon Center was shown which maintains the classic British style. It differs from the modern style seen in previous games.

“They’re different to those in other regions,” Shigeru Ohmori states as he narrates the new video. “But series fans will recognise the design as a Pokemon Center right away.”

A new feature for Pokemon Sword and Shield are stores selling fresh produce and clothes. The clothes boutiques can found in several towns and cities across the Galar region, suggesting they won’t be available in all of them. 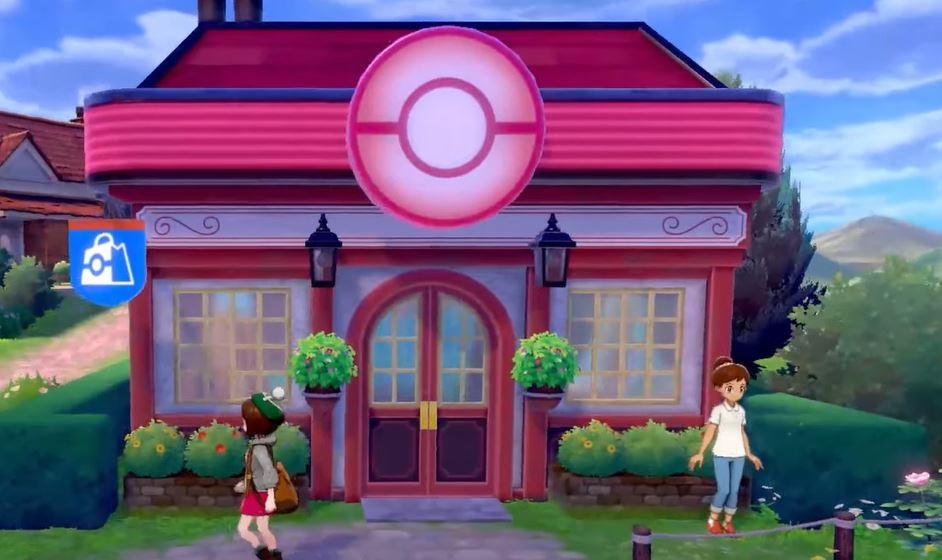 What a Galar region Pokemon Center will look like…

While not revealing too much, the new video does provide a good look at what graphics we can expect the game to have on its November 15 release. Whether they have improved from earlier versions is hard to tell but it does appear to run smoothly. You can also the environment and buildings far off in the distance, too.

Fans will have to wait for more Pokemon Sword and Shield information, but as Ohmori said at the beginning of the video, trainers can be assured “[Game Freak] are putting everything into developing these games.”