The hype for Pokemon Sword and Shield is continuing to build with the announcement of a 24-hour livestream from within a forest, deep in the Galar region.

Update: The stream is live now and we are providing live updates from within Glimwood Tangle!

The news was announced on the official Pokemon Twitter account: “Sonia needs your help, Trainers! Next week, she’ll be setting up a live camera and conducting some Pokémon observation research in Glimwood Tangle, a strange forest area in the Galar region.”

The stream itself will take place on October 4, 6am PDT (9am EDT and 2pm BST). It will be broadcast live on the Pokemon Twitch account. The stream, which is currently inactive, can be found below. 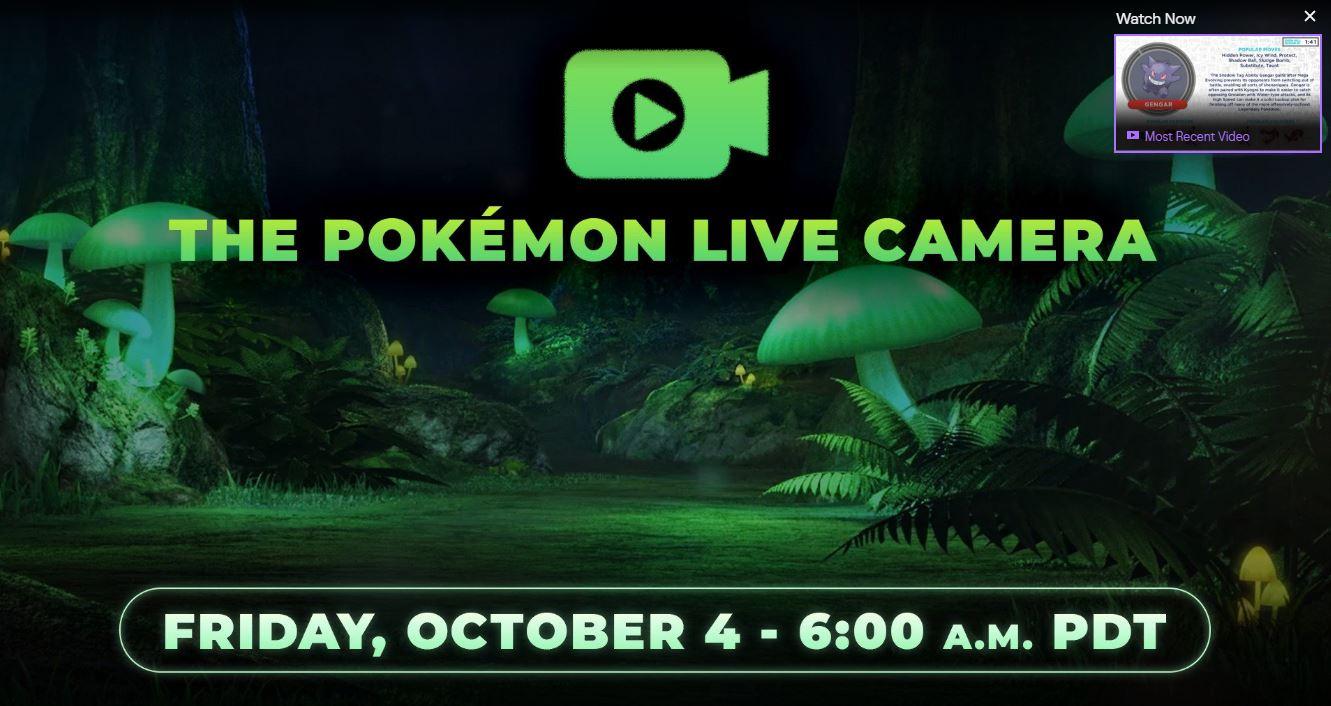 Sonia is Professor Magnolia’s assistant and she is requesting help – help that will presumably reveal more about Pokemon Sword and Shield. This is the first time the area Glimwood Tangle has been mentioned in the build-up to the new games – we’re betting it plays a significant role in the storyline.

Setting up a “livestream” within a video game is a unique way to reveal more information. Nonetheless, it’s an exciting way to share more details and will hopefully only add to the hype.

It will be interesting to see what the livestream reveals. Will the new details be obvious or will it require eagle-eyed Pokemon trainers to watch as much of the stream possible? Perhaps, it will be a mixture of both.

One thing we can be pretty certain on is that there should be plenty revealed. New Pokemon would seem likely, and in abundance too. Maybe the leaked Eternatus will finally make its appearance in the Galar region – assuming the leak is indeed true.

The only way to find out is to watch the stream live. Which of you Pokemon trainers are crazy enough to try and watch all 24 hours?

Is Rogue Company cross-platform? Crossplay on PlayStation, Xbox, and PC