An image of the Galar region’s wild area has revealed just how big the Pokemon Sword and Shield map may be.

The reveal of the wild area came in the form of a poster, found within the monthly Japanese manga magazine, CoroCoro. The wild area has been described as a vast expanse of open land where an array of Pokemon can be caught.

Pokemon trainers had an idea that it would be big — thanks to footage shown at E3 2019 — but some are surprised at just how much land it covers. 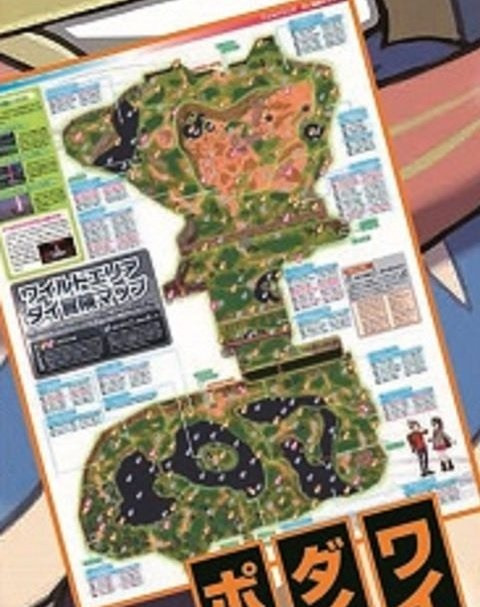 How big will the Galar region be?

When looking at the Galar region as a whole, it had been assumed that one of the wild areas would be the area covering the three lakes just south of the center of the map. However, according to the poster, which was first highlighted by Serebii, it is actually much bigger than that, spreading all the way to the walled city north of the center.

This highlights just how vast the wild area will be and also begs the question whereabouts the other wild area(s) will be located.

Those lucky enough to play the demo showcasing the wild area at E3 2019 can attest to the fact just how endless it is. Now, if you circle the wild area compared to the rest of the Galar region, you really get a sense of just how big, and hopefully, the game itself will be.

The various cities and other landmarks scattered around the map will no doubt be very detailed themselves. This should make the Galar region the most extensive Pokemon map to date. 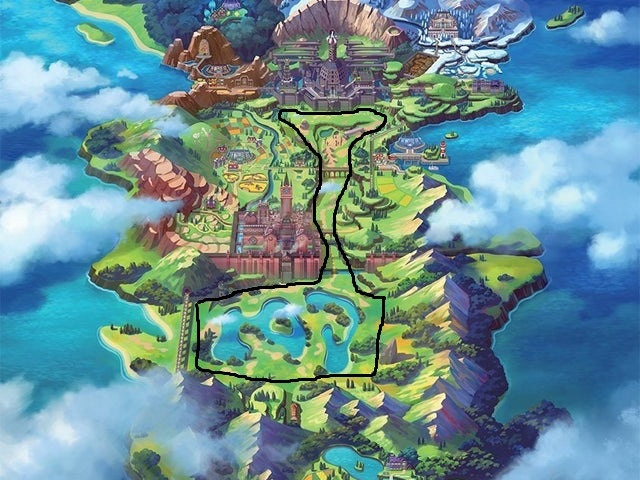 What about the post-game?

That’s before we even consider the Pokemon Sword and Shield post-game. Details surrounding a post-game have yet to be revealed or even alluded to. However, there have been hints that it could be the Kalos region.

Luckily we shouldn’t have to wait too much longer to find out as Pokemon Sword and Shield finally releases on November 15.