Pokemon trainers who are unhappy with the omission of the National Pokedex from Pokemon Sword and Shield might want to look away now – it might not feature in future games either.

In a now infamous video, during the first Nintendo Treehouse segment, Junichi Masuda confirmed trainers would only be able to transfer Pokemon to Sword and Shield that appeared in the Galar region. This meant that for the first time in the Pokemon video game series that not all Pokemon would be catch-able.

While there is speculation that Game Freak may reverse this decision to some degree, it is also possible that we might not see the National Pokedex return in later games either. Good job the Pokemon Company’s slogan is no longer ‘gotta catch ’em all because the days of catching ’em all may be behind trainers.

In an interview with Famitsu, reported on by EuroGamer, Masuda – who is arguably the most public figure from Game Freak – appears to have doubled down on the decision to limit the Pokemon Sword and Shield Pokedex.

Citing the fact that the series now has more than 1,000 Pokemon, Masuda said that it would be too difficult a task to include 1,000+ Pokemon that would live up to the standard of the Nintendo Switch. He added: “It would also be too much work to ensure every Pokemon was balanced in battle”.

There is currently a debate in the Pokemon community as to whether animating 1,000 Pokemon is an undertaking too big for a company the size of Game Freak. However, Masuda’s point about balancing Pokemon does withstand – there is no doubt in a pool of more than 1,000, a lot of Pokemon would be useless in a competitive sense.

It’s a decision that Masuda appears regretful over: “This decision is personally sad. Of course, I wanted to be able to bring all Pokemon if I could do it.” 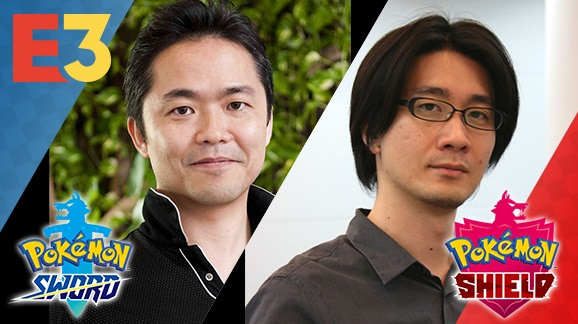 Junichi Masuda (left) shared his thoughts on the Pokedex limitations…
578

For those who are particularly upset that their old Pokemon can’t be transferred, a glimmer of hope was offered when an apparent conversation between Nintendo and a disgruntled fan surfaced suggesting they could be added post-launch via an update.

This very idea was put to Masuda but he simply said they are “undecided” as to whether to add Pokemon post-release. Only time will tell to see if Game Freak relent on their current stance.