Pokemon Sword & Shield
The Pokemon community was stunned after Game Freak banned 16 of the game’s most used monsters in Sword & Shield VGC battles. The developer’s decision brings a major shakeup to the meta.

The Pokemon franchise was ushered into its eighth generation with the release of Sword & Shield in 2019. The popular RPG takes place in the Galar region, and included new features like Dynamaxing and online Raids.

However on August 20, Game Freak revealed a massive shift to the title’s meta when they banned 16 characters in VGC battles. Players had mixed reactions to the decision to go after the “most used” monsters.

On August 20, Game Freak announced the new rules for the upcoming Series 6 of Sword & Shield’s VGC battles. However players were floored when it was revealed that they were banning the top 10 most used monsters in both Singles and Duos.

While banned lists are normal for every series, this marks the first time the developer has taken the “most used” stats and made it the game’s full ban list. The decision has resulted many teams becoming completely unusable – which understandably has some upset.

The wildly popular Gen VIII Fire-type has been banned from VGC battles.

The 16 monsters banned in VGC battles:

According to reports, Game Freak took the top 10 most used monsters of both Singles and Duos and combined them to get their list. However, many in the community were left divided over the major changes.

Some players were upset they spent a lot of time building up their team, such as ‘BoxSloth’ on Twitter who exclaimed, “I SPENT 2 WEEKS HATCHING 2,000 EGGS FOR A SHINY PORYGON2.” Other fans like ‘Dani_D_Luffy’ hit out the game’s mechanics as being the real problem: “How much time will pass until they figure out the main problem of the metagame is the stupid Dinamax mechanic?” 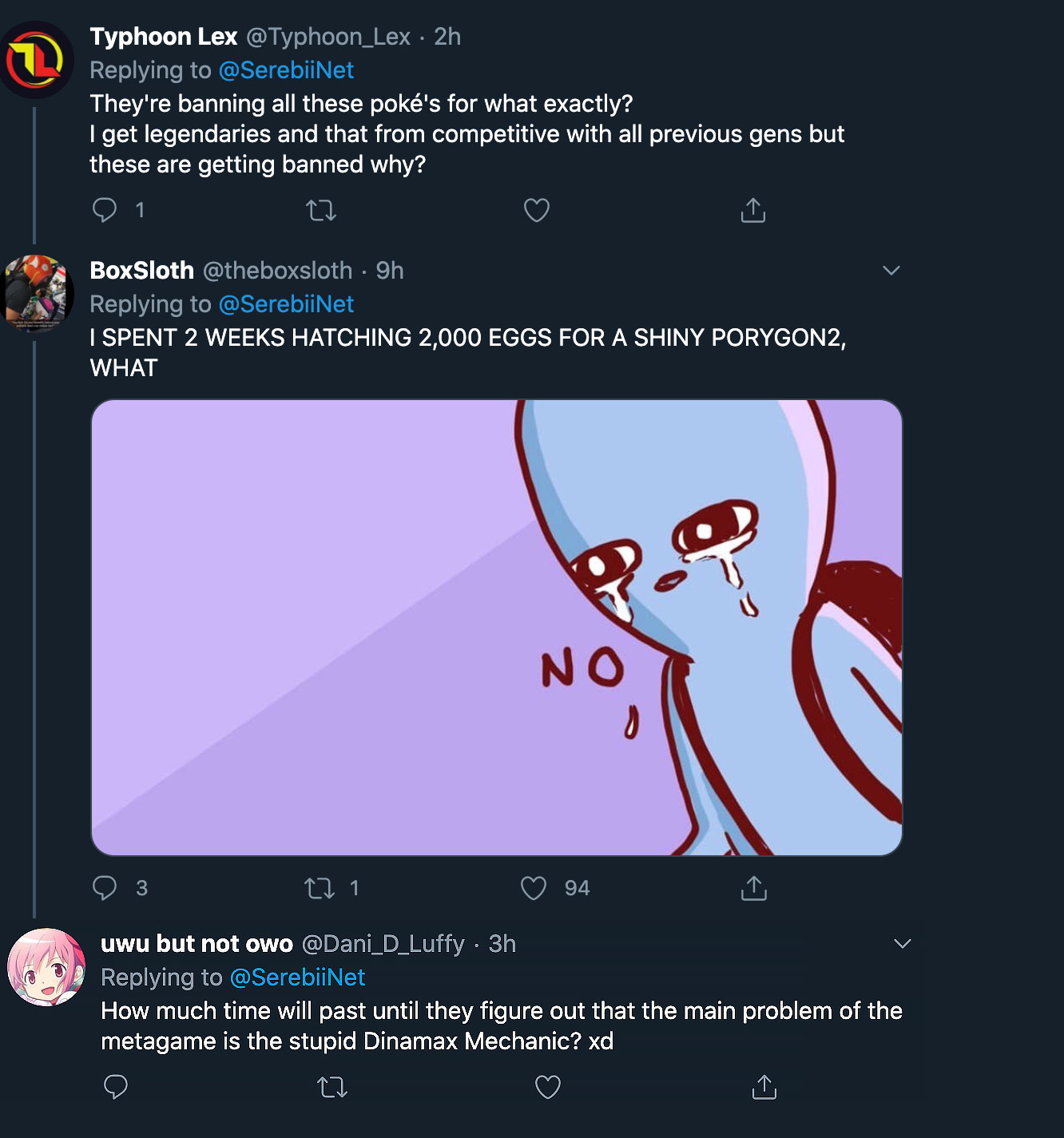 While a lot of Sword & Shield Trainers took to social media to express their anger, there were also fans that praised the dev’s shakeup of the meta. Cappuginos tweeted, “Legit excited to see where this takes us,” while user “PerfectPhoenix1′ exclaimed, “Finally. Bad players can’t rely on the broken Pokemon to carry their teams.” 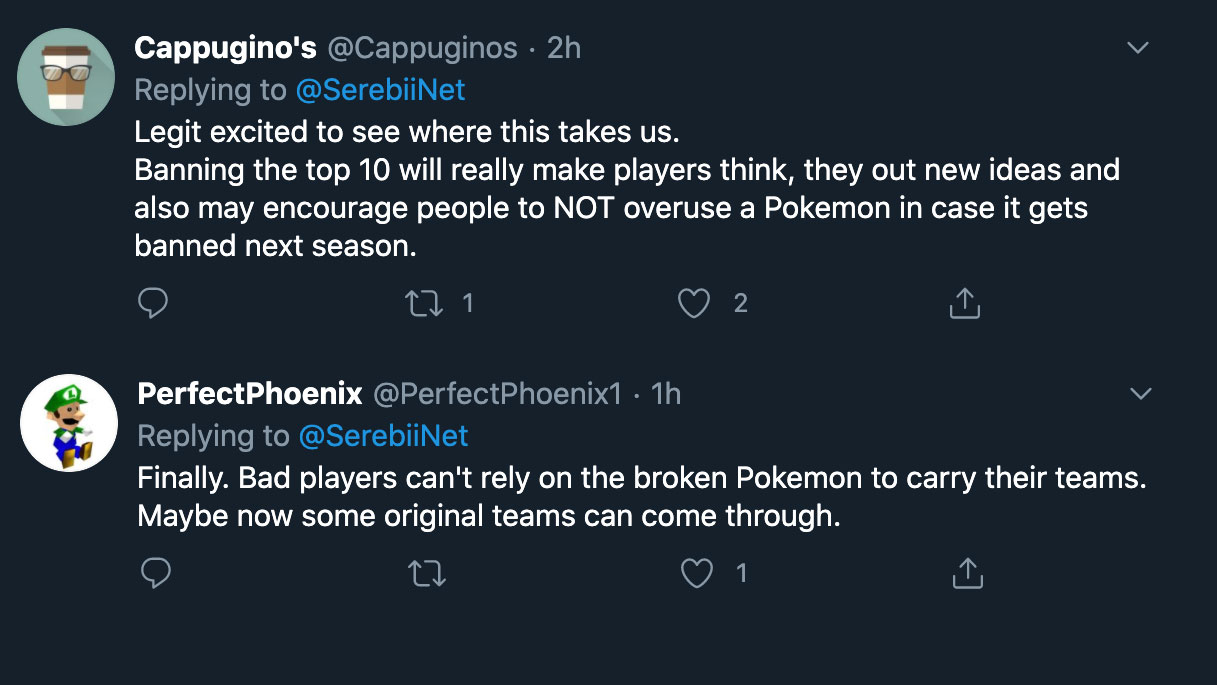 Series 6 will run from September 1 to September 31, and according to outlet Serebii, the ruleset will actually be used again in October. That means players upset with the changes will have to wait two months.

Regardless of the reception, Game Freak’s latest ban list is an attempt to keep Trainers on their toes. The RPG has hundreds of monsters, giving many of them a chance to finally shine.