Pokemon Go trainers are being given losses for wins - Dexerto
Pokemon

Pokemon Go trainers are being given losses for wins

Trainers across the world are battling one another in Season 1 of GO Battle League. With rewards, ratings and bragging rights up for grabs, the stakes are high. However, with some players being given losses despite actually winning, there is understandable frustration within the Pokemon Go community.

The issue was shared on Reddit, where one trainer locked their phone at the end of the match only to discover the win hadn’t registered. “I locked my phone before the fadeout to the results screen in Go Battle League. My win wasn’t counted, causing me to lose rating points and one of the prizes in the track,” the trainer revealed.

Whether this was indeed the reason as to why the win wasn’t counted is unknown. Other trainers have reported the same thing where locking their phone early didn’t record the win.

Don’t lock your phone too early

The mechanics behind this aren’t clear. There have also been reports of players resetting their phone during a battle and being able to rejoin.

As a result it seems trainers need to be both careful and patient when they win. We all know how important getting that fourth win is!

Other strange occurrences in GO Battle League have also been highlighted. One trainer claimed they forfeited a match for it to count as a win.

Obviously this battle wasn’t going well for them, hence the forfeit. The possibility of the opponent forfeiting first can’t be ruled out though. 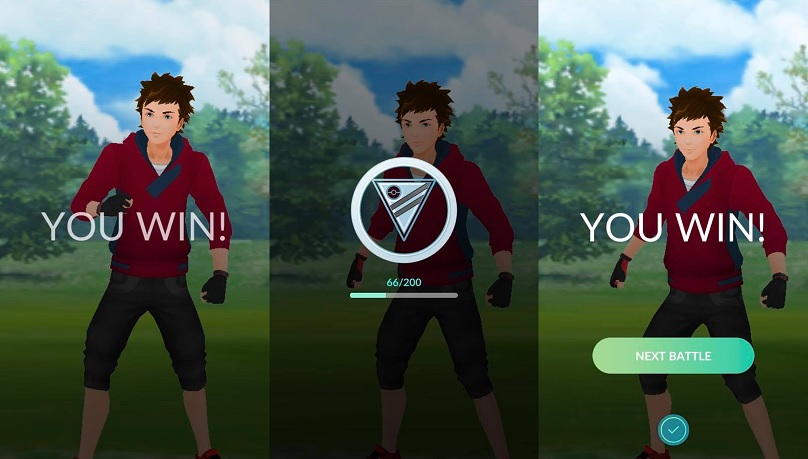 Elsewhere, right at the end of a battle that was going to be a win, the Pokemon Go app decided to hatch an egg. Again, the win wasn’t added and it cost them that crucial fourth win.

“Of course it would have been a fourth win on a premium pass and of course support only offered me empty words and a replacement pass instead of my stash of TMs,” the trainer in question shared.

There have also been reports on trainers losing GO Battle League matches on purpose but we imagine players will be finding it far more frustrating have wins taken away than being given them.

Niantic have responded to issues of lag in GO Battle League but haven’t said anything regarding the above. The Pokemon Go developer are quick to respond to a lot of queries and are generally proactive on trying to fix issues. In the meantime we recommend letting the winning animation screen play out in its entirety to make sure you get those wins!