Pokemon Go: Players can encounter Giovanni more than once

It has barely been 24 hours since the Looming in the Shadows quest has been available, but a dataminer has now found another Team Rocket special research quest coming to Pokemon Go.

The new “A Challenging Development” quest appears to result in another encounter with the head of Team Rocket, Giovanni. In news that appears to coincide with this new quest, Niantic have revealed that you’ll be able to encounter the boss once a month.

Encounter Giovanni more than once

New item: Rocket Radar
By assembling six Mysterious Components, you can create a Rocket Radar. The Rocket Radar can be used to scan the area around you for the hideouts of Team GO Rocket Leaders. #TeamGORocket pic.twitter.com/k5wj6x9wuH

This is great news for Pokemon Go players as you’ll be able to earn yourself more than one encounter with his super powerful Shadow Pokemon, albeit just once a month.

The new quest makes sense as the latest Pokemon Go trailer appeared to show all three of Articuno, Zapdos and Moltres as Giovanni’s Pokemon. Trainers are still waiting to see whether the first Giovanni Shadow Pokemon will be random or Articuno as speculated. The subsequent encounters will hopefully give an opportunity at the other two legends.

While the tasks themselves haven’t been revealed, the text surrounding the research has. The story behind the quest sounds reminiscent of the first Pokemon games whereby care for your Pokemon was a constant theme.

The quest itself was leaked by reliable dataminer martycochrane with the text as follows:

1/6: Hey there, %PLAYERNAME%. Thanks for your help in holding back Team GO Rocket’s forces, it is good to know I can rely on you. However, something tells me we’re in it for the long haul and Team GO Rocket won’t be going away anytime soon.

We need to start thinking long-term about our strategy when it comes to Team GO Rocket. I hope to equip only the most prepared Trainers with Super Rocket Radars to take on Giovanni. I know you are an accomplished Trainer, but let’s make sure you’re up for the challenge.

2/6: Astounding work, %PLAYERNAME%. Did you know that purifying Shadow Pokémon makes them stronger due to the gratitude they feel towards you for saving them?

Maybe one of the Pokémon you purify will become a trusted partner in our efforts to fight against Team GO Rocket’s invasion. We need to continue saving and purifying these Pokémon. Remember this: a good Trainer is strong, but a great Trainer is caring and kind.

3/6: Fantastic! Good work purifying all of those Pokémon, %PLAYERNAME%. They’re practically glowing with gratitude towards you. You can tell Shadow and Purified Pokémon apart because of the auras that surround them.

One of my favorite sights is a Purified Pokémon standing proud atop their Trainer’s team’s Gym. It’s truly a sight to behold. Now it’s time to take your new friends and train alongside them. A difficult challenge awaits you next, so prepare for battle, %PLAYERNAME%. 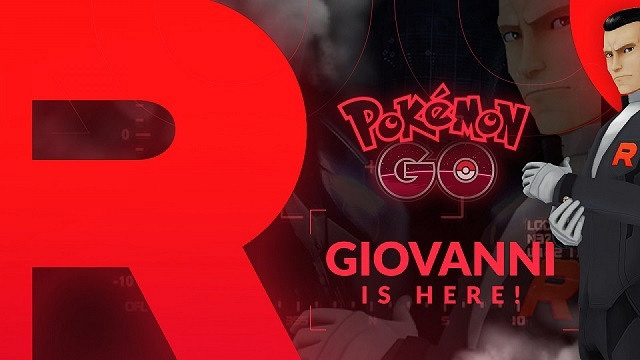 Giovanni is in the Pokemon Go world now!

4/6: You should feel proud of your progress, %PLAYERNAME%. I know myself and the team leaders are proud of how much you have grown as a trainer.

There is one final task before you can be trusted to take on an opponent like Giovanni. If you can show me that you can defeat the Team GO Rocket Leaders, then I’ll know that you are the trainer for the job.

5/6: Your skills are impressive. I think it is time for you to take the Super Rocket Radar and see if we can track down the boss himself.

%PLAYERNAME%, I believe you are ready to take on Giovanni, again. You’ve proven your strength in battle, but also your compassion through saving and purifying Shadow Pokémon.

Confront Giovanni with your lessons and Pokémon in hand and I believe nothing can stop you. Good luck, %PLAYERNAME%!

6/6: Fantastic work, %PLAYERNAME%! Enjoy your victory, but soon we will need to face everything we have discovered over the past month. While you were completing your tasks, I was doing some reconnaissance myself. I have to admit, it has been quite thrilling!

As you might have guessed, there are many more hideouts and headquarters out there that the Team GO Rocket Leaders and Giovanni could be hiding at. We’ve secured the world of Pokémon GO for now, but know that they will come back. When they do, be sure you’re ready for the challenge!

It’s not clear when this new special research will be available but December seems the most likely time, allowing trainers to complete their first encounter with Giovanni.