Some exciting discounts can be found in the Pokemon Go Shop! There are three Christmas related boxes, consisting of all your favorite Pokemon Go items, that are on sale.

Astute Pokemon Go trainers will be well aware the “limited time only” boxes found at the top of the Pokemon Go Shop are the most cost effective way to stock up on items. While the boxes do cost significantly more, they provide much better value as they include several of four particular items.

These four particular items vary from box to box enabling you to choose the one that best suits you. Some trainers live for Raid Battles, while others like nothing more than going on a walk to hatch some eggs. Whatever you prefer, you’re covered. 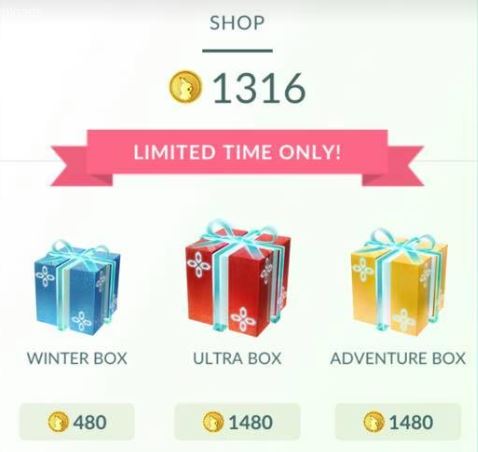 Everyone loves a sale

A Premium Raid Pass cost 100 PokeCoins. This is essentially two days worth of defending a Pokemon Go Gym (as you can only earn a maximum of 50 PokeCoins in a 24 hour period).

Elsewhere, an Egg Incubator costs 150 PokeCoins and a Super Incubator 200. In short, if you’re buying them as single items it’s going to cost you a lot of hard earned PokeCoins.

However, the packaged boxes, and especially the ones that can be found over the Xmas period, can save you a lot of PokeCoins. Here are the contents of the three Christmas Pokemon Go boxes. 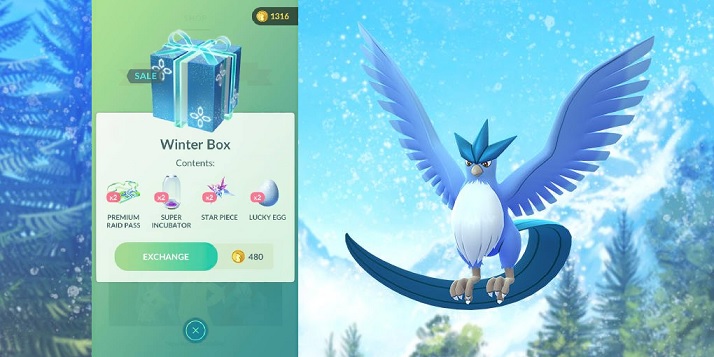 The first box is a lot cheaper than the other two, costing just 480 PokeCoins. There will obviously less items due to the cost but it is still cost effective, nonetheless. It contains:

When you add these items up separately they should cost 760 and that’s without the two Star Pieces. Therefore, you save at least 280 PokeCoins!

The Ultra Box is one of two that costs 1,480 PokeCoins. As you are spending more the discounts are even greater. Within it you can find:

These items would cost 3,240 usually which gives you a massive discount of 1,760 PokeCoins! Use this box if you like to do several Raid Battles over a short space of time. 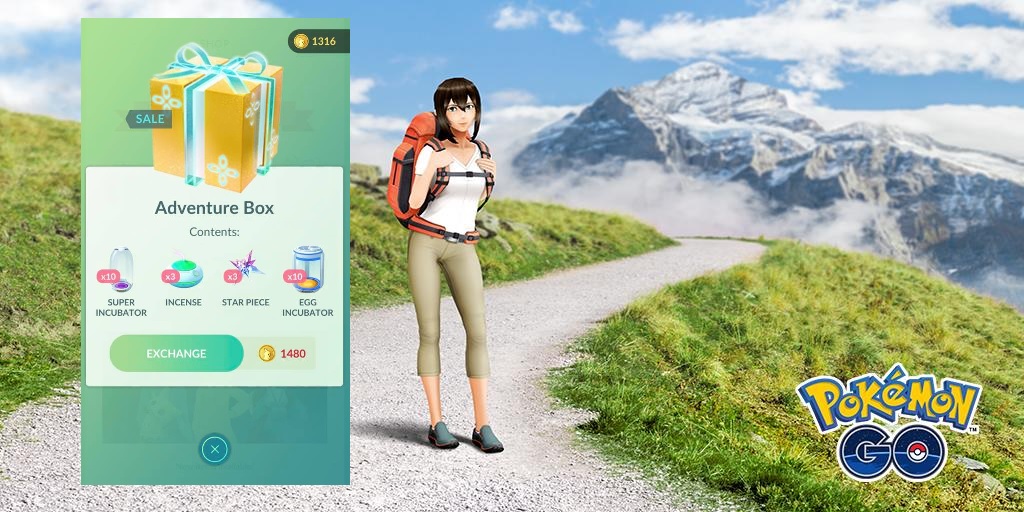 The Adventure Box also costs 1,480 PokeCoins and like the above provides excellent value. These items are geared more towards egg hatchers:

In terms of raw value, this is the best box to have. The items sell separately for 3,740, saving you an incredible 2,260 PokeCoins!

Pro tip: Save the incubators for New Year’s Day where Niantic are generously giving all trainers 1/2 Egg Hatch Distance for the entirety of the day.