The appraisal tool within Pokemon Go is of vital importance. Using it gives an indication as to how strong a particular Pokemon is.

These indications, or aptly named appraisals, tell you how strong your Pokemon is and its strongest stat. While these appraisals don’t provide an exact reading, they do tell you the range the Pokemon lies in.

A Pokemon’s stats are broken down into three categories: attack, defense and stamina. Combining these three gives the Pokemon an overall IV, a score between 0 and 45, as each stat can range between 0 and 15.

The meaning of the appraisals differ between each team leader, however. This means there can be different appraisals for the exact same Pokemon when asking two different team leaders. 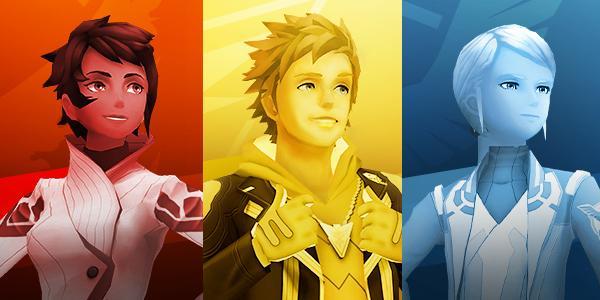 Appraisals will vary between the Instinct, Mystic and Valor team leader…

The meaning of each team leader’s appraisal for each of Instinct, Mystic and Valor are explained below.

This table shows the overall the overall IV of your Pokemon. If your intention is to be competitive then Pokemon in the highest IV range are required.

Appraisals also tell you the highest base stat of your Pokemon. For example, along with the overall IV range, the number of your highest stat from 0 to 15 will also be indicated. 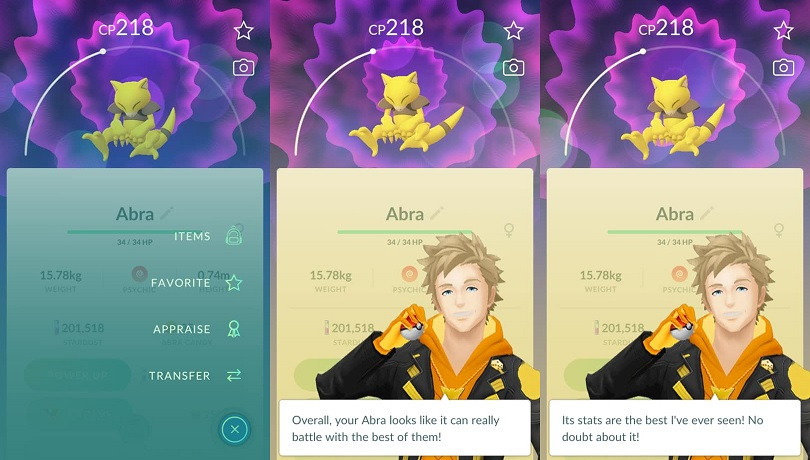 The appraisal tool is incredibly useful. However, it only provides a range of IVs and doesn’t give you an accurate reading.

This is intentional on Niantic’s behalf who don’t want to provide the ability to get an exact reading. The reason for this open for debate.

With that said, there are additional apps out there that will calculate your Pokemon’s exact IV. These aren’t endorsed by Niantic and vary between iOS and Android.

Furthermore, it should be noted that these are third party apps which in some cases go against the terms and conditions of Pokemon Go. A screenshot based app, which calculates the IV based on a screenshot rather than the app itself, is probably the safest way to go should you want exact results.