Pokemon Sword and Shield players who catch Toxel in the Galar Region should know that the species can evolve into two different Toxtricity forms – Low Key and Amped– but which one is the stronger of the two?

There have been a number of new additions to the Pokedex added with the arrival of Gen 8, meaning that fans are still getting used to their strengths, weaknesses, and how they evolve.

Unlike many other Pokemon in its generation, though, Toxel has two different evolution options and which one it takes it decided on its personality traits. This sets it apart from many others, which simply have a set evolution chain.

So, let’s take a look at both of the forms it can evolve into, how you know which your Toxel is going to be in the future, as well as their key differences.

Toxel can be found in Pokemon Sword and Shield’s Wild Area.

Toxel, regardless of which evolved form you want, will always evolve at level 30 in Pokemon Sword and Shield.

If you haven’t already got yourself one of these Pokemon, it can be found most commonly in either Route 7, Hammerlocke Hills, or Stony Wilderness in the long grass. Once it’s been caught, you’re going to want to check its summary, which will reveal its nature.

Right after you beat the first gym on Route 5, you also will be gifted a level 1 Toxel from the nursery.

To get ahold of a Low Key Toxtricity, which can be seen below, your Toxel will have to be either: Adamant, Brave, Docile, Hardy, Hasty, Impish, Jolly, Lax, Naive, Naughty, Quirky, Rash, or Sassy. 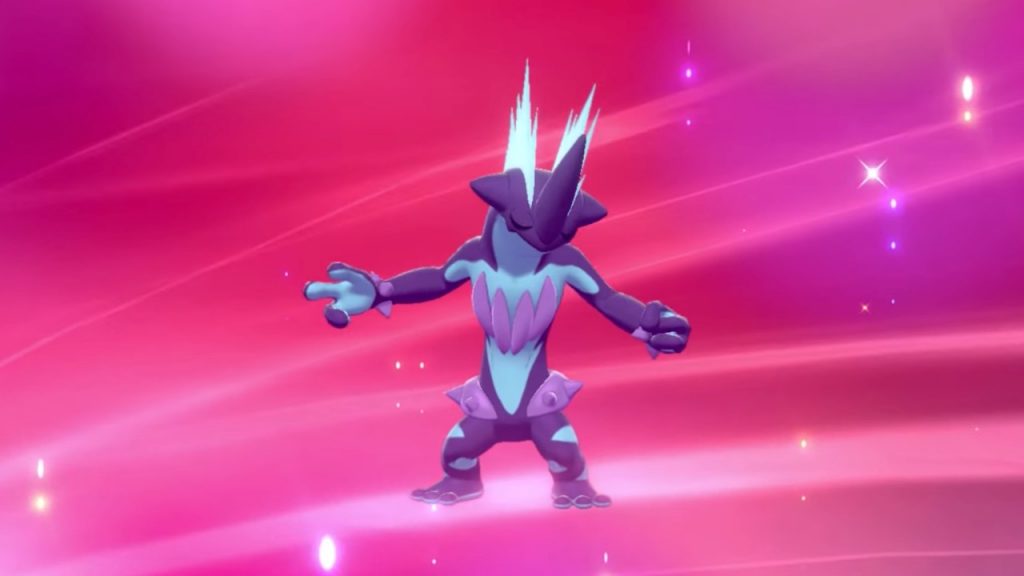 Here’s what Toxtricity’s Low Key form will look like.

If it’s not any of those we have just mentioned… Well, this section will show you what to expect when your Toxel evolves, because you’re going to end up with an Amped version.

In order to evolve into the Amped form, Toxel will have one of these natures: Bashful, Bold, Calm, Careful, Gentle, Lonely, Mild, Modest, Quiet, Relaxed, Serious, or Timid. 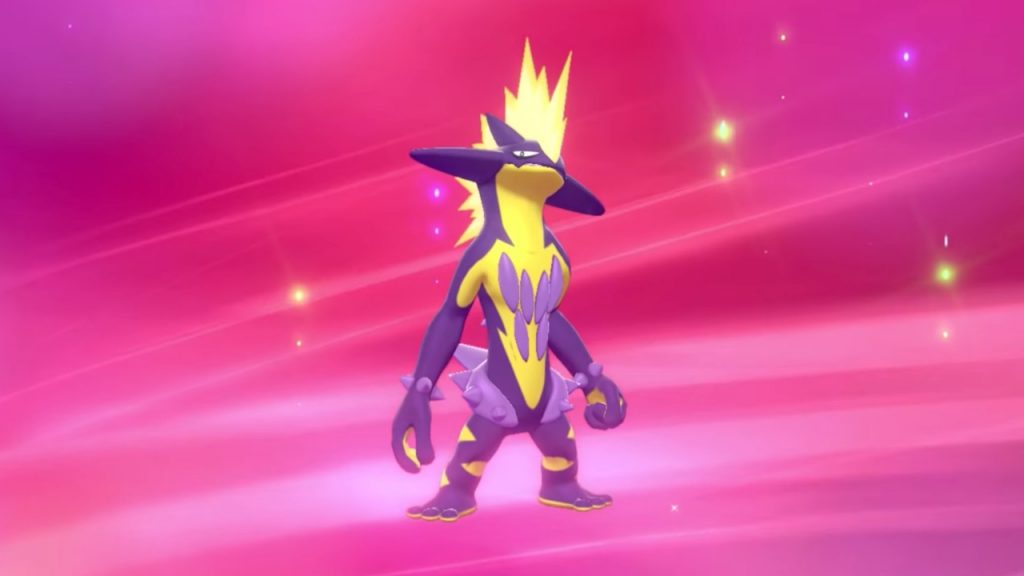 There is no difference in the type of Pokemon you end up with at the end of the evolution process, regardless, as both forms are both electric and poison.

One clear thing to mention about the two is their appearance, which counts for a lot. The Low Key form has smaller ears and much of its body is light blue in color, whereas the Amped form is actually a bright yellow, doesn’t have a large horn and has one large spiky mane.

In terms of the moves they learn, there is a difference as well. At level 52 they are both going to learn a final attack, one of which is Magnetic Flux (Low Key) and the other is Shift Gear (Amped).

These two moves are both super-powerful, but are two different types. Magnetic Flux is an electric-type attack, whereas Shift Gear is actually a steel-type move.

Some trainers will have a preference of the two, whether it be because of how they look or the moves they learn. At least now you know not only how Toxel evolves into each, but the differences between the two evolution options as well. Which will you choose?