We’re in the middle of the Ultra League portion of GO Battle League Season 3, so we’ve decided to take a look at some alternative choices for your Pokemon Go team.

Ultra League is littered with the same old Pokemon and there is good reason for this: they are effective. Giratina, Charizard, Togekiss, Metagross and Swampert are just some of those popular picks.

However, this doesn’t mean there aren’t useful alternatives. Here are five Pokemon that are rarely seen that can help you in GO Battle League. 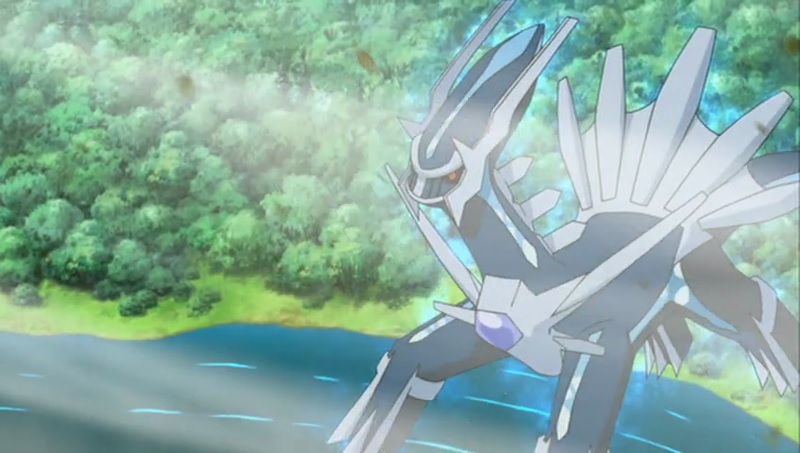 Dialga is the absolute must have Pokemon in Master League but it is far less popular in Ultra. That’s because its super high CP means you don’t get the best out of it at the 2,500 CP limit.

That has led to many trainers underestimating it. Also, the change in CP limit makes no difference to its biggest strength – its dual dragon and steel typing.

It is resistant to an astonishing 10 different types with grass and poison being doubly so. It is only weak to fighting and ground.

When you combine that with Dragon Breath for a Fast Move and any combination of Iron Head and the super-powerful Draco Meteor, then you have an excellent pick on your hands. Ideally you’ll want to let Dialga utilize both Iron Head and Draco Meteor for maximum coverage, but this will cost you an annoying 100,000 Stardust. 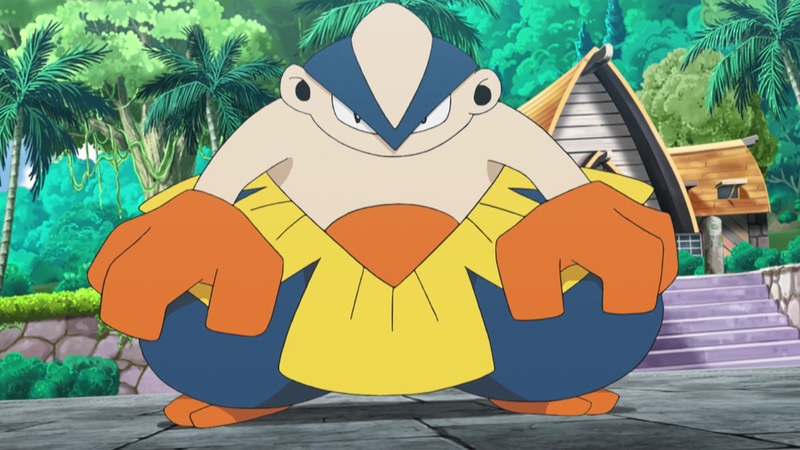 Hariyama is an interesting species of Pokemon whereby it has really poor defense but very high stamina. These somewhat cancel each other out and leaves the pure fighting type quite bulky (as its body would suggest).

It has three resistances and three weaknesses, although the more commonly seen types probably lie in the weakness column. The Arm Thrust Pokemon is best used against dark and ice-types.

In terms of its moves, Counter is an obvious choice as its Fast Move. It is one of the best on the game producing 4 DPT and 3.5 EPT.

Much like Dialga, Hariyama is best when you can utilize two of its Charge Moves. Close Combat is the hardest hitting but it does come at the expense of two defense stats.

Ideally this will be paired with Heavy Slam, which gives an out against fairy-types and a more spammable move choice.

Lickilicky despite being so effective in Ultra League is rarely seen…

Curiously, Lickilicky is seldomly seen in GO Battle League despite its generally accepted high tier rating from the Pokemon Go community. It certainly has the defense and stamina stat to justify this, too.

One problem with its stats is its max CP of 2,467. This means while it fits in Ultra League well, it will cost a lot of Stardust to get the most out of it.

Its normal typing makes analyzing its strengths and weaknesses the most simple on the game. It is weak to only fighting attacks and doubly resistant to ghost.

One reason Lickilicky may not be seen frequently is its rarity in Pokemon Go. Many people will have caught the Kantonian but it does cost 100 Candy to evolve. If players aren’t willing to use Rare Candy then those 100 Candies can be hard to come by.

One thing that the Licking Pokemon doesn’t have going for it is Fast Moves. One of those is Zen headbutt, which many trainers will be aware, is a terrible move. Unfortunately its alternative, Lick, isn’t much better – but with 3 DPT and 3 EPT it will suffice.

This means Lickilicky isn’t the choice if you want the ability to spam Charge Moves. However, it does have Body Slam as an Elite Charge Move which may throw trainers off. While it only requires 35 energy, it does deal a small 50 damage.

If you don’t want to use an Elite Charge Move, which let’s be honest they are super rare, then Shadow Ball is the next lowest energy move. This can be combined with any of Earthquake, Hyper Beam and Solar Beam for 50,000 Stardust. Of those we’d recommend Earthquake purely because it needs the least energy.

Obstagoon is very much overlooked in the Pokemon Go PvP scene. In fact, it’s a Pokemon we haven’t even seen once!

Its dark and normal dual typing results in weaknesses against bug, fairy, and a double weakness to fighting. It is resistant to ghost (62.5% damage), psychic (39.1% damage) and receives a minuscule 24.4% from ghost attacks. This puts it in fantastic shape against Giratina utilizing Shadow Claw and Shadow Sneak.

The Blocking Pokemon has quite a diverse moveset, too. Some will argue this is good, because well it’s diverse, but others will rightly point out moves outside of its typing will lack STAB.

Obstagoon’s Fast Move is a choice, although not much of one, between Counter and Lick. The former is better in every way, so that choice is clear.

Cross Chop and Night Slash require the same energy and produce the same damage. Cross Chop is effective against more types but is also weaker against more, also. We believe Night Slash is a superior choice, however, because of the aforementioned STAB and that it gives your attack stat +2 each time it’s used.

Unlike the other Pokemon this list, Obstagoon only requires 10,000 Stardust for a second move, making it a no-brainer to do so. This leaves a choice between Gunk Shot and Hyper Beam. Gunk Shot seems to be the better choice, despite a higher DPE for Hyper Beam, because it allows Obstagoon to overcome fairy-types in some circumstances.

You may have come across Toxicroak in Great League a little bit but that doesn’t mean it doesn’t work in Ultra League as well.

Much like Dialga, Toxicroak’s biggest asset is its typing. It has the unique dual type of fighting and poison which pays dividends in terms of resistances.

The Toxic Mouth Pokemon is resistant to dark, fighting, grass, poison and rock attacks. It is also doubly resistant to bug, although this type isn’t often seen in GO Battle League.

Meanwhile, it has just three weaknesses which are flying, ground and psychic. Given its fighting and poison typing, it is doubly weak to psychic attacks, though.

Moving onto Toxicroak’s moveset, it has two decent options available as a Fast Move. The first is the aforementioned Counter which due to its impressive stats is hard to look beyond.

There is another good option though, in Poison Jab. However, it deals less damage and has fewer advantages than the fighting-type move.

The name of the game in PvP is to get your opponent to use their Protect Shields and this makes Mud Bomb the go-to Charge Move. It of course has low damage but when you combine this with a second move it at least a bluffing element.

The other moves are Dynamic Punch and Sludge Bomb which are similar. The former hits harder and has better coverage, but given you are most likely using Counter already, having the poison-type move is probably more beneficial. That second move does cost a frustrating 50,000 Stardust, it should be noted.

We’d recommend trying whichever of these out along with other species. It’s important to become familiar with them before deciding they are not for you. GO Battle Ultra League Season 3 concludes on Monday, August 24.