The Coronavirus outbreak is dominating news headlines across the real world and Pokemon Go alike. The threat of the virus is continuing to grow, leading for calls for all Raid Battles to be canceled until further notice.

Update: Niantic have announced they have canceled the Raid Hour event. We’ll have to wait and see whether other Raid events follow.

Niantic have already made widespread changes to the mobile game. The Pokemon Go developer has made it easier to find species closer to player’s homes and has even offered an unheard of discount on Incense.

However, Raid Battles are still taking place, which is something many consider to be too great of a risk. Raid Battles require you to be close to any gym that is hosting one. 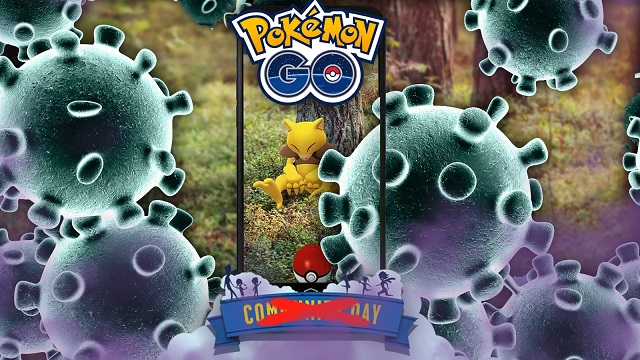 That’s not really an issue for the lower level Raid Bosses that can be taken down with one player. The more attractive five-star raids often need a large group of players to come together in order to defeat it – and that is where, of course, the issue lies.

Some countries have gone into total lockdown where citizens are being strongly advised to stay in their homes. Other governments across the world are actively encouraging social distancing.

This is where you should be no closer than two meters to another person. It is believed keeping this distance will slow down the spread of Coronavirus.

Trainers, a Special Raid Event featuring Cobalion has started in some regions around the world! Prepare to battle the Legendary Cobalion as it makes its way to raids on March 17 at 1 p.m. PDT (GMT −7). pic.twitter.com/T85Kfytzl1

We’re still learning a lot about the virus though, and this by no means definitely stops its spread. If trainers are coming together to participate in Raid Battles then the two-meter rule will inevitably be broken at some point.

A special Cobalion raid event is starting on March 17 and this will only further encourage trainers to meet up.

On the official Pokemon Go Twitter account, they reminded trainers of the upcoming Cobalion raids. The tweet was met with some interesting responses with many trainers not happy that players are still being encouraged to meet up amid the Coronavirus fiasco.

Why are y’all still releasing raids… People should be staying in their homes right now, not playing Pokémon.

“Why are y’all still releasing raids… People should be staying in their homes right now, not playing Pokémon,” @DammieItsCammie replied.

Other players shared this sentiment and requested that only one to three-star raids be available as they can be solo’d. “The only raids that should be released are levels 1-3. Nobody is going to form a group right now,” @RyanGrover18 shared.

I agree, the only raids that should be released are levels 1-3. Nobody is going to form a group right now

With such a strong response from the Pokemon Go community it looks like Raid Battles, at least the five-star variety, will be canceled sooner than later. That’s unless Niantic comes up with some form of alternative to stop players congregating at this important time.