Evolving Inkay into Malamar in Pokemon Sword & Shield isn’t as straightforward as it sounds, but don’t worry, Nintendo Switch owners – we’ve got you covered.

Generation VIII of Nintendo’s hit franchise released exclusively on the Switch on November 15, much to the delight of Pokefans all across the world.

One of the features that excites Trainers is the new Galarian Pokedex, filled with 400 monsters of both old and new designs.

One Pokemon in particular, Inkay, requires something different in order to evolve though, and we’ve got all the details for obtaining Malamar below. 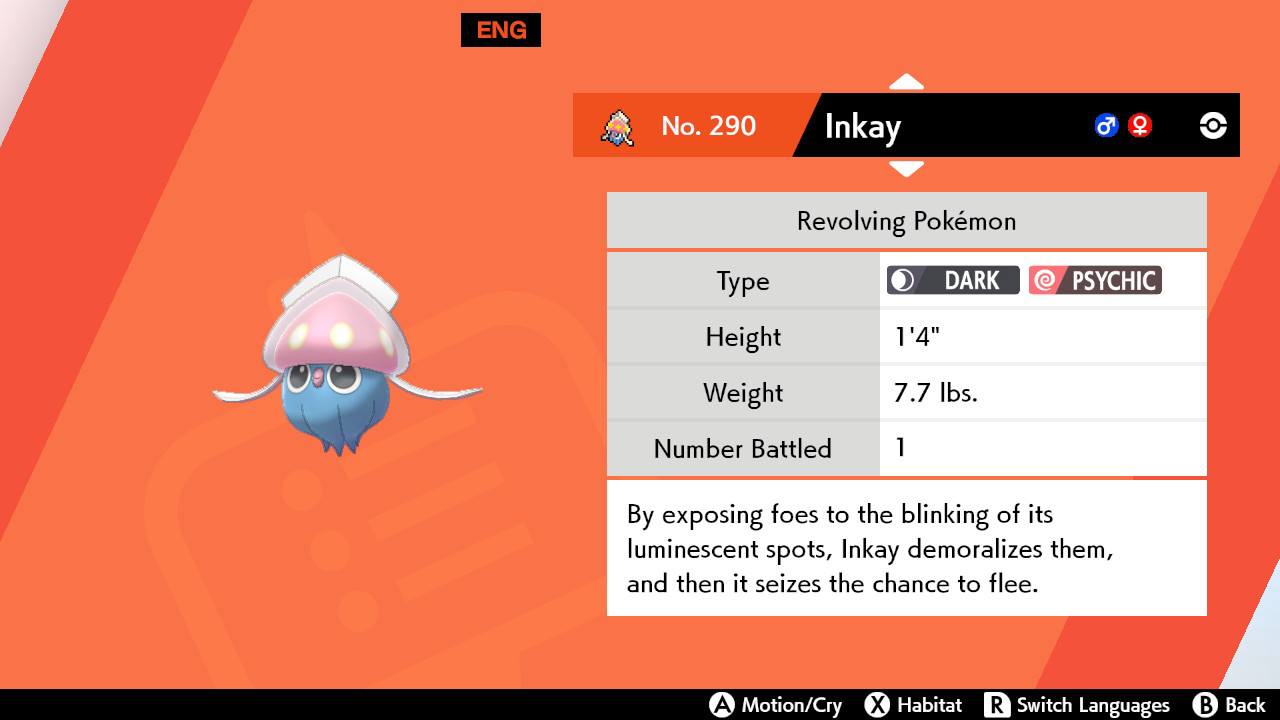 Inkay is a dual-type Dark/Psychic Pokemon, and was first introduced in Generation VI’s X & Y games for the Nintendo 3DS.

To evolve it into its final form, you first need to obtain one. This can be done in both of the new Switch games by heading to Route 7 and Route 9’s Chirchester Bay, or the Bridge Field, Hammerlocke Hills, Dusty Bowl, and Giant’s Mirror sections of the Wild Area.

For the highest odds of catching one, though, head to Hammerlocke Hills when the weather is overcast for a 30% spawn chance by random encounter. 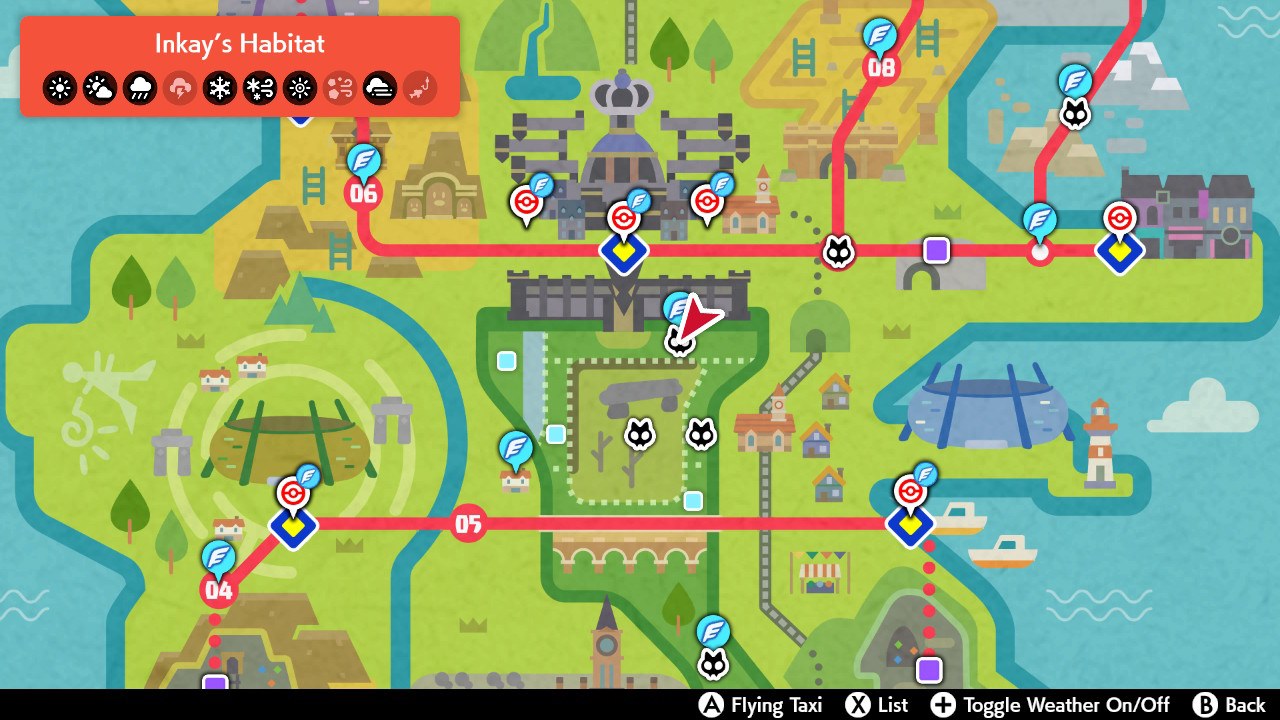 Inkay can be found in a variety of places.

Once you’ve nabbed yourself an Inkay, you’ll want to power it up to level 30. This can be done either by normal battling, using Rare Candy, or by using XP Candy obtained from Raids.

It won’t evolve like normal once it’s hit 30, though. Instead, just before the level is reached, you’ll need to literally hold your Nintendo Switch upside-down.

If performed correctly, your monster will begin the evolution process, before forming into the fierce-looking Malamar. Congratulations! 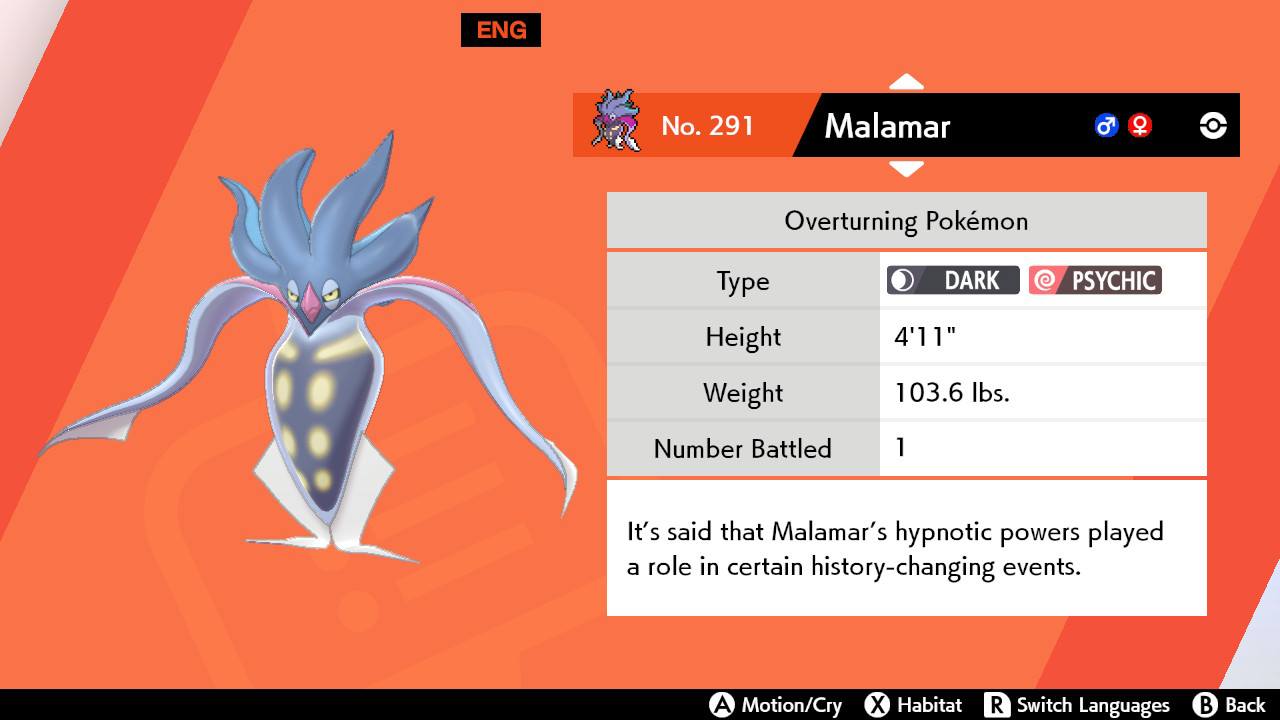 If done right, turning your Switch upside down will turn Inkay into Malamar.

This isn’t the only strange method of evolving a Pokemon by far. In fact, many entries in the Galarian Pokedex require an unconventional way to force a form change – like when morphing Yamask into Runerigus.

Once you’ve completed your Dex and obtained all 400 monsters, visit the doctor NPC on the upper floor in the first hotel in Circhester for the Shiny Charm – an item that boosts shiny spawn rates significantly.