Where are the Eevee evolutions, Leafeon and Glaceon in Pokemon Go? - Dexerto
Pokemon

Where are the Eevee evolutions, Leafeon and Glaceon in Pokemon Go?

Gen 4 Pokemon have been appearing in Pokemon Go since they were first introduced in October 2018. However, the Eevee evolutions, Leafeon and Glaceon still aren’t available…

It’s no secret that the Eevee evolutions are some of the more popular Pokemon. Even with the remaining Gen 4 legendary Pokemon yet to be released, Pokemon fans still query the whereabouts of Leafeon and Glaceon ahead of them.

With, at the time of writing, only 27 Gen 4 Pokemon yet to be released, we should be expecting the remaining over the coming months. Given the popularity of both Leafeon and Glaceon, it seems more than likely that Niantic will create separate events for each of them.

List of Gen 4 Pokemon yet to be released in #PokemonGo!

Everyone wanting Leafeon and Glaceon next…https://t.co/FO9lJuOere

Where are Leafeon and Glaceon?

There has been no official announcements regarding either Leafeon or Glaceon from Niantic thus far. This means their whereabouts is only speculation at this point.

It had been rumored that as part of the Pokemon Go Equinox event leak, that the grass-type evolved form of Eevee, Leafeon, would be introduced. This proved not to be true, which was surprising to some considering the event was made around grass-type Pokemon. 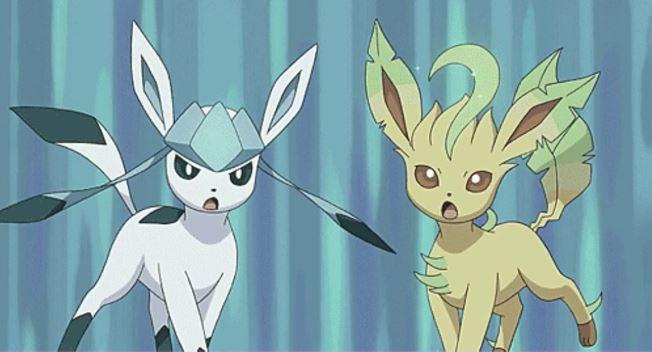 Nevertheless, this only increases the hype for both of them. Bi-weekly events have been a welcomed addition to Pokemon Go in 2019. It is one of these that look the most likely to host the introduction of them.

Additionally, Niantic recently announced an array of live Pokemon Go events, which will take place in Dortmund, Chicago and an unnamed location in Asia. It could be Niantic are saving the long awaited grass and ice-type Eevee evolutions for an event of this magnitude.

If not, with summer closing in, there are plenty of opportunities to introduce Leafeon. However, with Glaceon being an ice-type it would seem more suited to a winter event. Would Niantic dare make Pokemon Go players wait until the winter of 2019 to get their hands on Glaceon? Time will tell.