Among the new details revealed for Pokemon Sword and Shield was the new gym leader Allister – and he is quickly becoming a fan-favorite.

Allister specializes in Ghost-type Pokemon and will be exclusive to Pokemon Shield. Conversely, Bea, another newly announced gym leader, will be hosting a fighting-type gym in Pokemon Sword.

It is Allister though that’s currently garnering all the attention. His mysterious and scary look, while maintaining an allure of innocence seems to have struck a chord with Pokemon trainers. 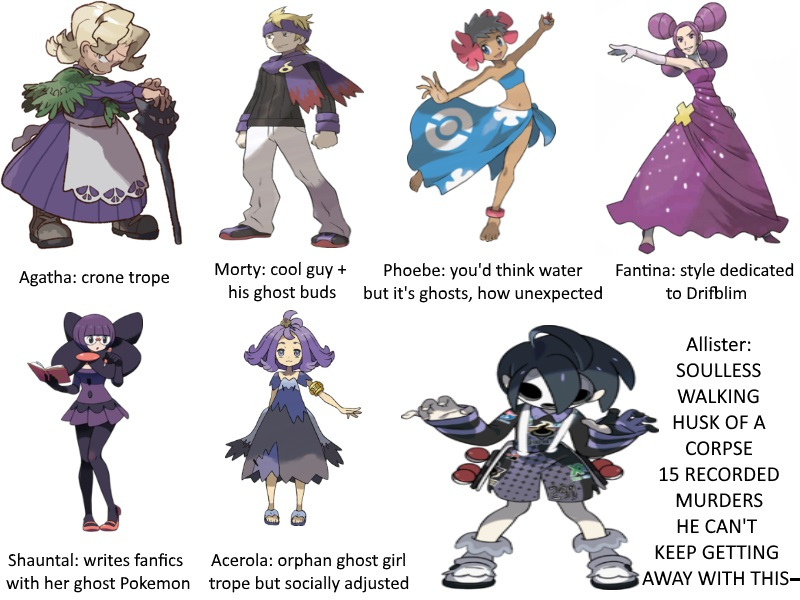 Previous ghost-type trainers – how does Allister fit in? (Image from: @Bluporo)

The official Pokemon Sword and Shield website describe him as: “extremely shy and fearful, and he always hides his face with a mask when around other people.” They go on to share that he stays out of the public eye and is rumored to spend most his time around ruins or cemeteries. Somehow Game Freak have made him endearing but spooky at the same time.

Allister is actually the seventh ghost-type gym leader/big trainer to appear in the Pokemon video game series, which of course started with Agatha as part of the Elite Four in the Kanto region. Even so, Allister might be the most authentic ghost-type leader yet with his creepy demeanor and mask. 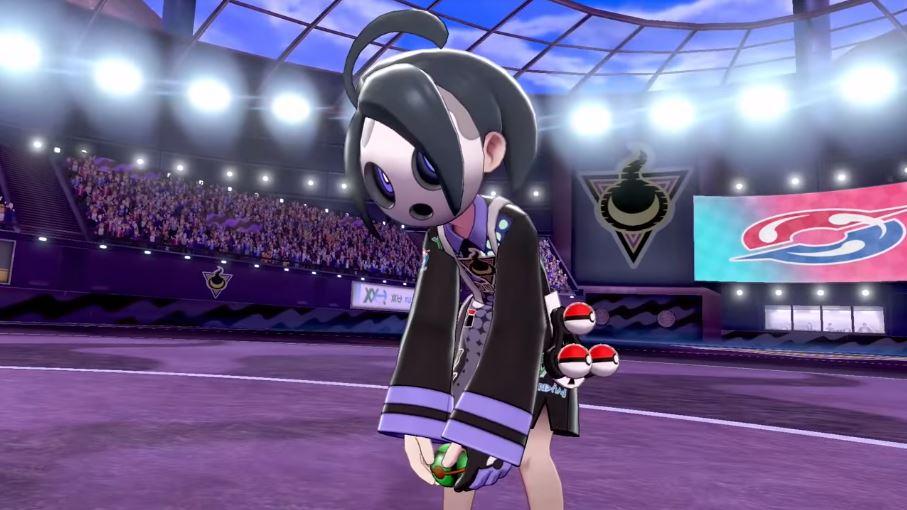 Allister is already quite the enigma…

Despite many fans interpreting Allister as somewhat of a passive, innocent character, the number on his shorts may suggest otherwise. The 291 can be read as can be read in Japanese as goroawase for nikui, meaning “hateful”.

There has also been lots of fan art created for the enigma that is Allister.

Twitter user Marla (@glossywooo) drew Allister looking far friendlier than we have seen him so far. Beneath the mask is apparently a happy, welcoming boy.

However, EliTanDark (@EliTanDark) imagined Allister in a darker light with the caption “ALLISTER I LOVE YOU”. Strong words but we get the point…

Elsewhere, LadyNoFace (@LadySuuke) noticed the stark resemblance between a Allister and the Pokemon Duskull as they both share similar shaped eyes. Maybe the two will cross paths in Pokemon Sword and Shield?

We’ll have to wait until Pokemon Sword and Shield releases on November 15 to see exactly what Allister is all about and whether he will play any part in the story.

Pokemon Sword may have a sales advantage though, as so far it seems everyone wants to battle him.