Team UK support player Harrison ‘Kruise’ Pond explained his thought process during a big play he made in the Overwatch World Cup.

While reviewing the United Kingdom versus South Korea semi-final match on his stream, Kruise detailed his thinking as Team UK looked to close out their offensive push on King’s Row.

Playing as Lúcio, Kruise was instrumental to UK finishing their push. Over the course of the final skirmishes, Kruise managed to take out the enemy Reinhardt, D.Va, Ana, and Brigitte, while also preventing the Reinhardt from landing his Earthshatter ultimate.

Kruise discussed what he was aiming to accomplish during those hectic final moments, and why he made particular decisions, offering a fascinating insight into an incredibly clutch play against the eventual World Cup champions.

Overwatch fans whose primary exposure to professional play is the Overwatch League may not be familiar with Kruise, who didn’t compete in Season One. Fortunately, that is set to be rectified in Season Two, when he will compete for the new Paris expansion team.

More veteran fans might recognize Kruise from his time in REUNITED, however, who were one of the first teams in Europe to establish themselves as a dominant force in the earliest days of Overwatch.

Prior to signing with Paris, Kruise was competing for Toronto Esports in Contenders NA, where he reached the grand final in Season One. 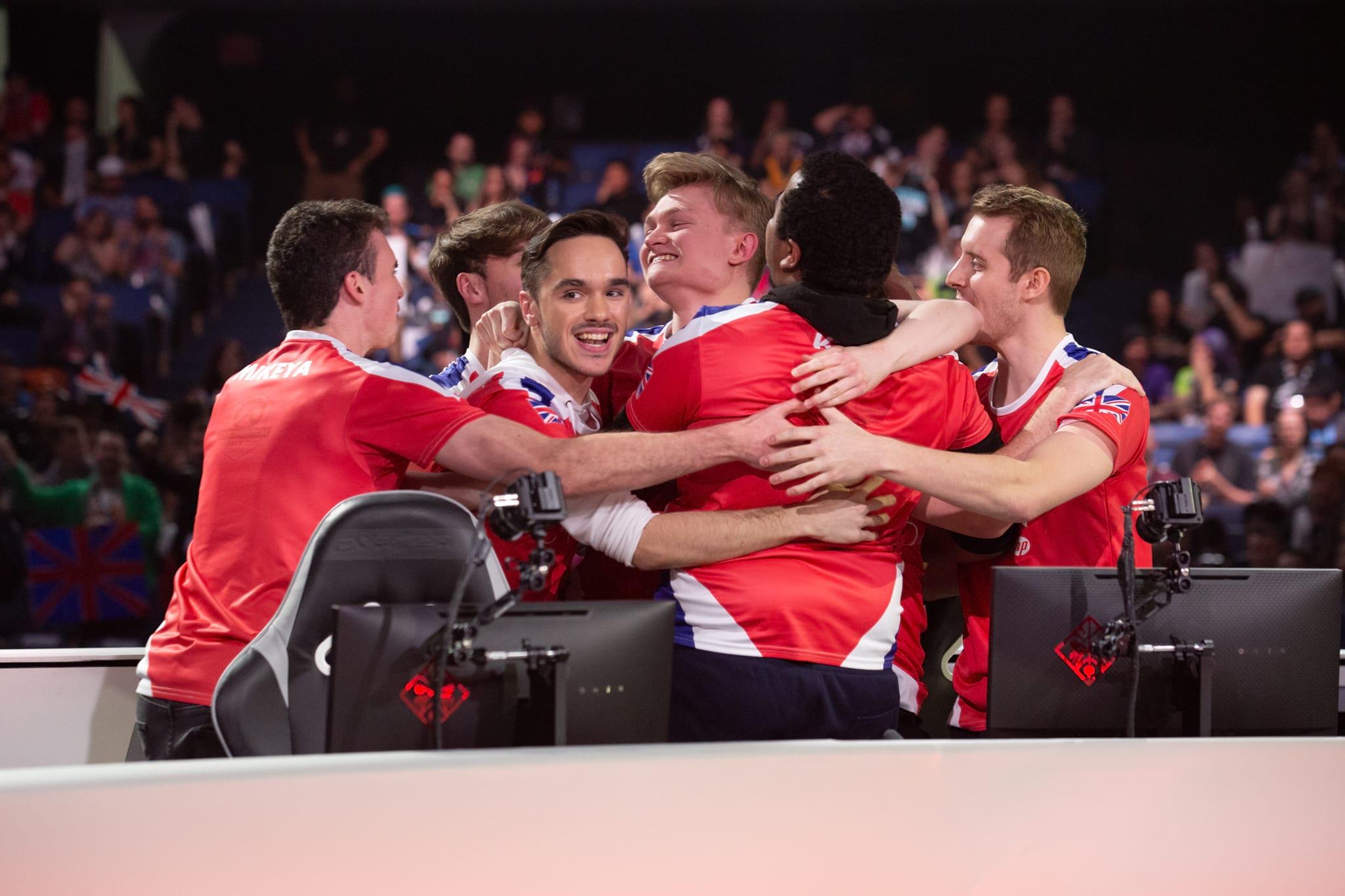 Team UK celebrate their upset over Team USA in the World Cup quarter-finals.

At the Overwatch World Cup, Kruise and Team UK pulled off arguably the biggest upset in the tournament’s history, taking down Team USA in the quarter-finals. Coming into the playoffs, USA had been hailed by many as the tournament favorite.

Though the UK were ultimately eliminated by South Korea, they didn’t go down without a fight, holding them to a draw on both King’s Row and Volskaya Industries before ultimately losing the best-of-five 0-2.

In the wake of the UK’s impressive run, it has also been reported that another of Kruise’s team-mates is set to join the Overwatch League, with main tank Cameron ‘Fusions’ Bosworth apparently signing with Boston Uprising.