One artist and Overwatch fan decided to design a skin for Roadhog that takes the outlaw and turns him into a made man.

Blizzard recently held a fan art contest for Overwatch fans to design their own custom skins, and “Hog Father” by Khem Thongthat Harnvorrayothin was just one of the great skins created for the contest.

Ever wondered what Roadhog would look like as the boss of a powerful crime family? Well, thanks to Harnvorrayothin we don’t have to wonder any longer. 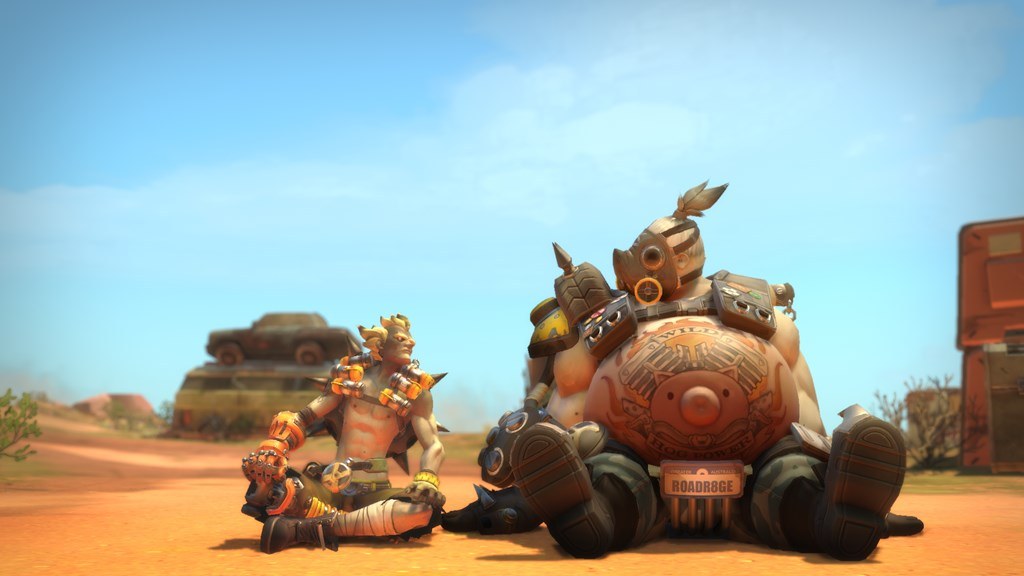 If Roadhog gets a gangster skin, Junkrat probably needs one too, right?
[ad name=”article2″]

To start off, Hog’s Scrap Gun has been turned into a gilded Thompson gun, the classic accessory of any true mobster.

Along with a cigar, Hog Father also has some special small batch “healing whisky,” instead of the usual canisters.

His hook has been made into a ruby-topped cane that ingeniously deploys hooks when it’s thrown towards an enemy.

Finally, the Hog Father’s ultimate doesn’t shoot out scrap, but golden coins instead. 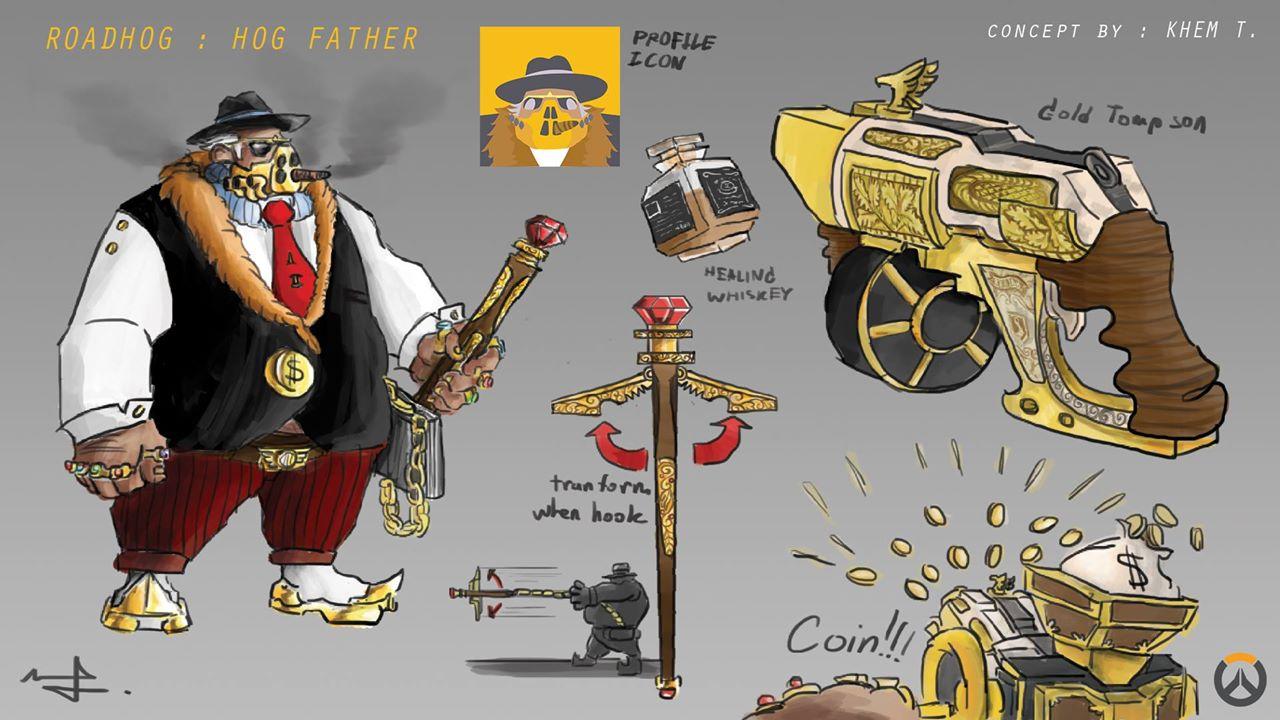 Lead Concept Artist for Overwatch Ben Zhang commented on the skins on Facebook and said the ultimate rework for Hog Father was hilarious.

“The coin grinder ULT make me laugh so hard,” Zhang wrote. “I can already hear the sound it’s making.”

Ashe and B.O.B. already have a gangster skin, so it’s not entirely unreasonable to think we could get a similar style for Roadhog sometime in the future.