How to survive against any Overwatch hero with Reinhardt - Dexerto
Overwatch

How to survive against any Overwatch hero with Reinhardt

A new updated video from Overwatch YouTuber KarQ along with Reinhardt expert Shock reveals the best ways to engage each and every hero you could possibly run into.

Reinhardt is one of Overwatch’s original heroes, and even though he may not be in vogue in the current meta, it’s still fun to break out the rocket hammer every now and then.

Most players probably know their way around Rein after more than three years of playing the game, but new heroes have joined in that time, and a refresher never really hurt anyone.

The video is a joint effort between KarQ and Shock, with the latter taking care of most of the Reinhardt tips for players.

One of the first tips from Shock could actually be one of the most useful in the whole thing since charge-happy Reinhardts have basically become a meme in lower ranks at this point.

‘The general rule is IF you charge, you should always look for the shortest possible path to a wall,” Shock explained. “Because it gives the enemy the least amount of time to cancel it or burst you down.”

For Sigma, the most recent hero added to the game, Reinhardt is actually able to deal damage while blocking the majority of incoming fire.

That’s because the tank fires his orbs with a set tempo, which Reinhardt players can cancel out with their shield, after a bit of practice, of course.

This is all well and good until Sigma pulls out his boulder, which Rein players should always be on the lookout for by watching for the ability’s animation. 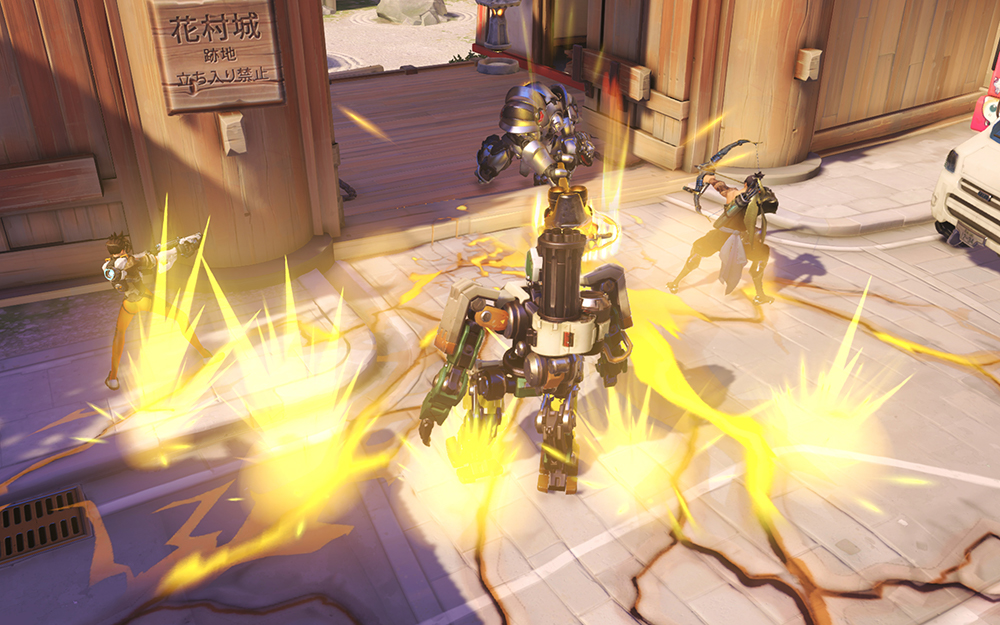 Reinhardt’s recently-added passive ability also gives him a better chance to survive ultimates like Roadhog’s Whole Hog with his Earthshatter, since he doesn’t get lifted as high off the ground.

As we said above Reinhardt might not be “meta” at higher ranks, but for everyone not grinding through Master and Top 500, a few tips for the hero can never hurt.