Guangzhou Charge assistant coach Henry ‘Cuddles’ Coxall appeared on an episode of Oversight that aired on July 30 to talk about the new 2-2-2 role lock in Overwatch League.

“It has been already more balanced than I thought it would be,” Oversight co-host Monte Cristo said. “There’s already a pretty high amount of use of different heroes… even heroes we haven’t seen played all that much.”

In the first week of 2-2-2 role lock in Overwatch League, all 30 heroes currently on the live client were used.

“Mei was sort of up-and-coming towards the end of GOATS anyway, but if we look at, for example, Reaper, on a lot of these control points that’s a bit of a surprise. What do you guys think the strengths of Reaper are now, especially on control, now that we’re seeing him so much.”

“For Reaper, I’ve been playing him a lot and I personally have a blast with him,” Washington Justice hitscan star Corey ‘Corey’ Nigra said. “His E [Shadow Step] currently is really, really strong. The moment you hit your E, like you can die when you’re using it, but when you show up… it’s currently really hard to time it, people don’t really have the timing down, when you show up in their backline and start killing them.”

“Typically against dive comps you’ll see teams swap to Reaper,” he added. “And they’ll sit with the team and dive has to kinda of obviously dive your backline or push you out in some way, but when a Reaper comes at your tanks and chunks you for half your health, dive is kinda difficult.”

Corey added that you can use shadow step in really creative ways, hide in spots and assassinate the enemy’s backline when fights are going on.

“Literally just Eing into a tank and shooting a tank is pretty viable too. Just taking HP from the fight and going back to your team and safety,” the Justice player told Monte.

Cuddles then jumped in and said that we’re seeing more Reaper because Mei is getting so much play. 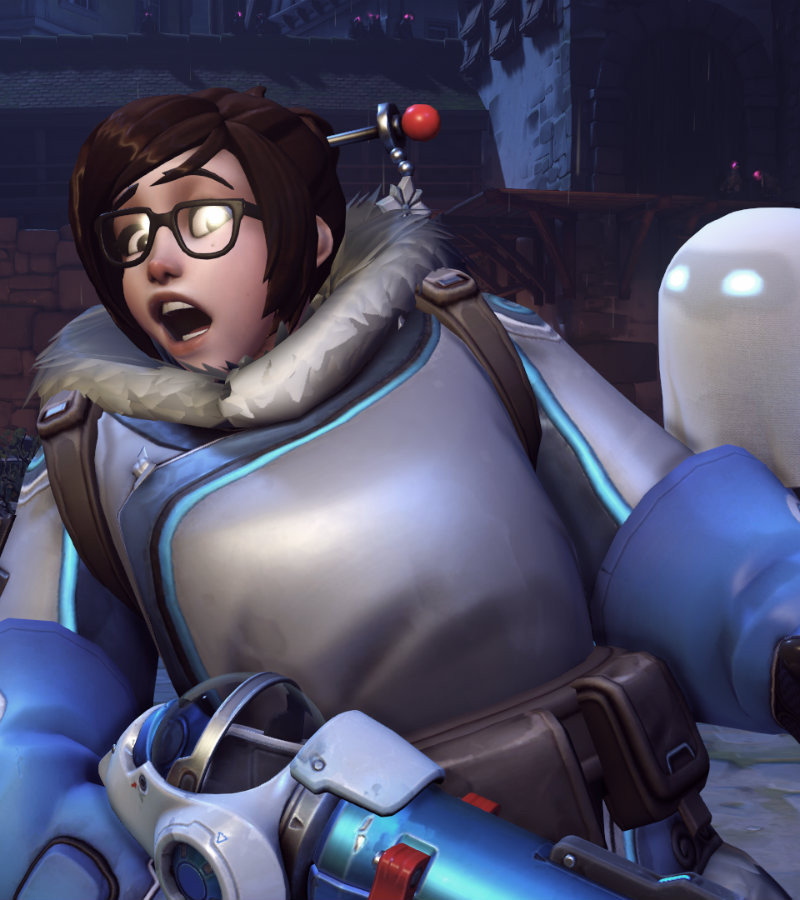 “If you actually look way back when to when Mei Reaper was meta, the reason why Reaper was picked was because of Mei. He’s actually really good against Mei. He’s good at harassing her, his wraith form allows him to get out and get in when he needs to, and she doesn’t really cause many problems to him.”

Mei and Reaper were dominant way back during the APEX days in Korea long before the Overwatch League existed.

“A lot of the time you will see teams come off of him… when they [the enemy team] don’t pick Mei anymore. You may see him against dive comps when they’re trying to play country dive, but not many teams are actually pulling that off. Most of the time it’s because of Mei.”

It will be interesting to see how much Mei and Reaper play we end up seeing going forward.