Mojang have added a brand new Toy Story 4 themed mash-up available in Minecraft and if you would like to know how to play it, you’ve come to the right place.

Disney Pixar’s latest installment to the series has performed excellently at the box office since its release on June 21, grossing $155 million in the first five days across North America alone and garnering a 97% approval rating on Rotten Tomatoes.

Now, a series of different iconic structures from the world of Toy Story and incredible exclusive skins have appeared in the sandbox game for players to enjoy – all of which can be seen in a brand new trailer. 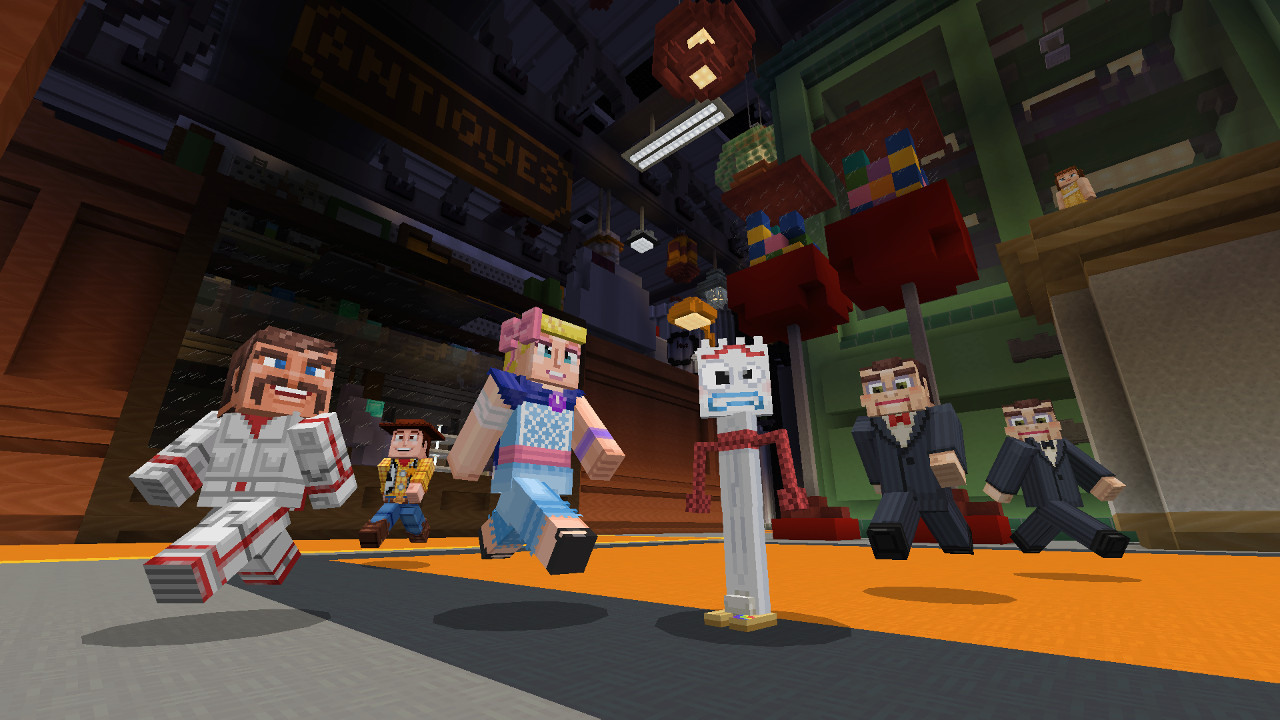 Minecraft’s development team announced the news of a crossover on June 25, using their official Twitter account, which stated players can “explore the big world of Disney’s Toy Story as one of the toys themselves!”

A number of outfits are available in the mash-up, including ones based on Woody, Buzz Lightyear, Bo Peep, and even Keanu Reeves’ Duke Caboom character from the latest movie.

TO INFINITY AND… right into Minecraft? Explore the big world of Disney's Toy Story as one of the toys themselves! Woody, Buzz Lightyear, and many others – all in the Toy Story Mash-up pack, now on Minecraft Marketplace!

Talking about the new DLC, Mojang’s Kelsey Howard wrote the following on the game’s website: “There is a much easier way of jumping into the Toy Story universe – and all from the perspective of the toys themselves.

“Woody, Bo Peep, Buzz Lightyear, and some of the other charismatic characters you know and love have taken a detour to the world of Minecraft! All-new characters from Disney and Pixar’s Toy Story 4, Duke Caboom and Ducky & Bunny are also joining the adventure!”

That’s not all, too. The downloadable content also includes some of the franchise’s most iconic locations, with Pizza Planet, Big Al’s Toy Barn, and others featuring in the trailer below.

If you would like to play your way through the new block-based Toy Story universe, the mash-up is available in the Minecraft Marketplace on both Xbox and PC – and it will set you back $8.

All you have to do to find it is head over to online store, which can be found in-game, and click the ‘get this item’ button to make your purchase. Enjoy!