The Twitch Rivals Teamfight Tactics Showdown got off to an exciting start on July 17 as 64 players competed to stay alive in the biggest TFT tournament yet.

The tournament began with 64 of the top players and streamers in Riot’s League of Legends-based autobattler, but after day one of the competition only 16 advanced to the next stage.

The 64 players were split into two groups of 32, with each group playing five rounds of games and prize money awarded depending on players’ placement in each game. From each group, the eight players with the most money earnt secured places in the day two playoffs.

The day one format was merciless, with players having very little room for error in their games if they hoped to finish in the top eight of their group, and some notable players have fallen out of the competition already.

In Group A, Hafu notably got off to a slow start in the early games, and wasn’t able to make enough of a comeback with back-to-back second-place finishes to reach the top eight. Later in Group B, the most prominent casualty of day one was perhaps DisguisedToast, who was runner-up in Pokimane’s TFT tournament but fell out here in 13th place in the group. 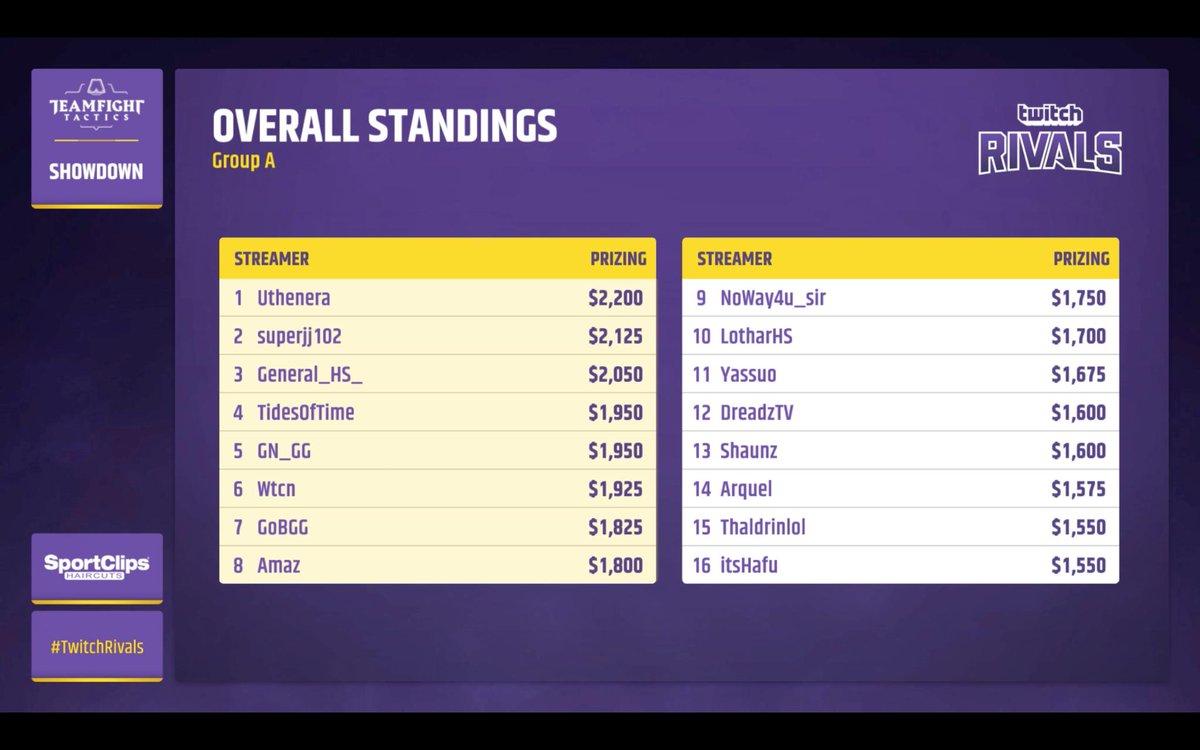 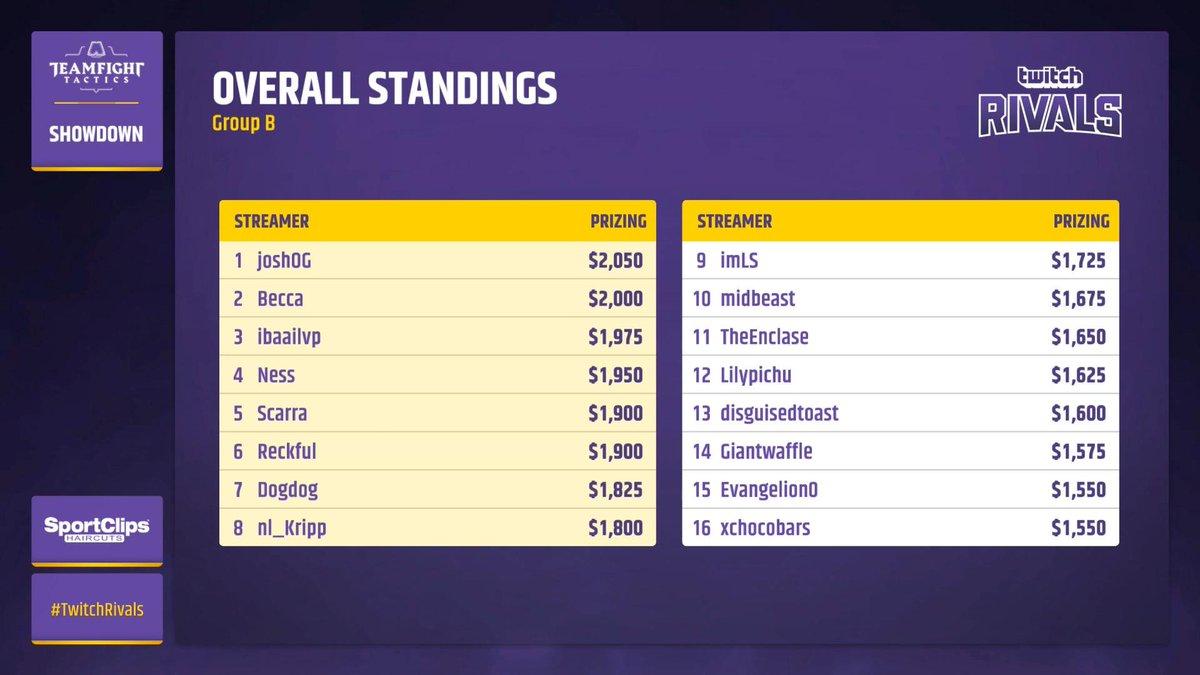 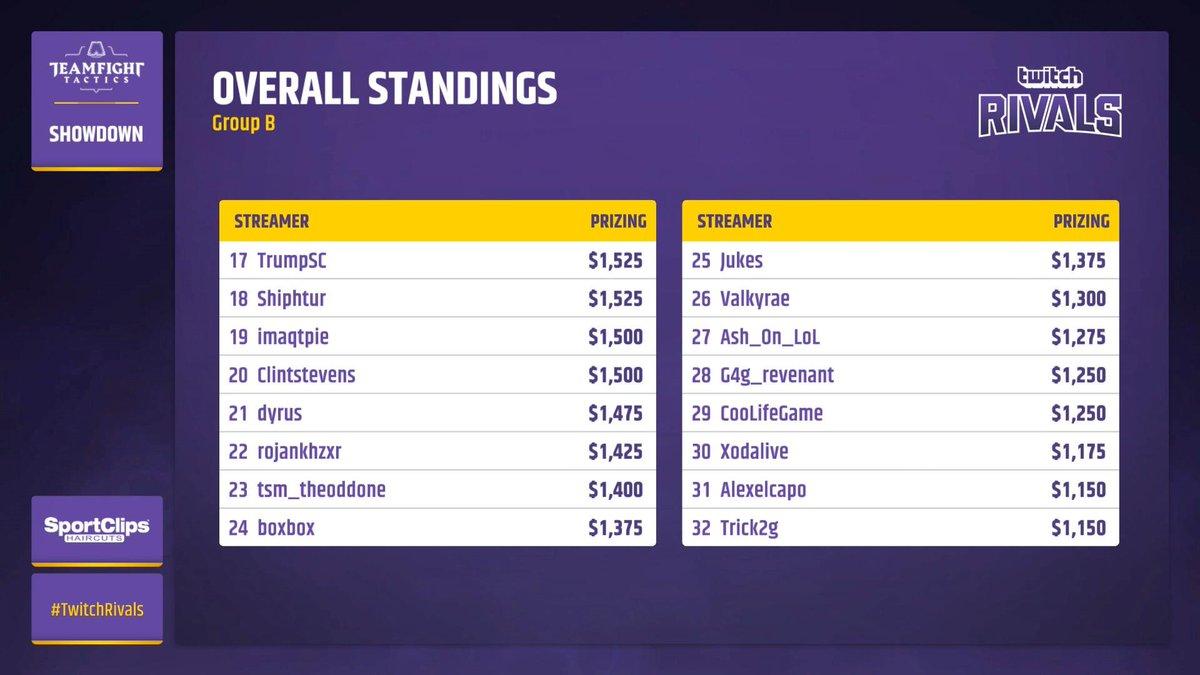 The Twitch Rivals TFT Showdown has already given out $100,000 in prizes over the first day, and another $25,000 will be on the line for day two.

The sixteen remaining players will play a round-robin of four games, in which $20,000 will be distributed following the same format as the day one prizes. After that, the top eight players will then play a final, winner-takes-all match with a $5,000 prize on the line.

As with the rest of the tournament, there will be a main broadcast on the Twitch Rivals channel that will offer an overview of the action, but fans who want to tune into their favorite player’s perspective will be able to do so on their personal streams.