Multiple League of Legends champions are in line for buffs, nerfs, or adjustments in the game’s next major update, Patch 9.6.

Riot Games have yet to release the full patch notes for the upcoming major patch. However, Riot’s David ‘Repertoir’ Capurro, Lead Designer on the Summoner’s Rift team, did reveal several of the changes being made across a series of tweets about patch 9.6.

As well as giving a broad look at which champions were up for nerfs and which would be getting buffs in the upcoming patch, he also went into detail on several of the proposed changes. 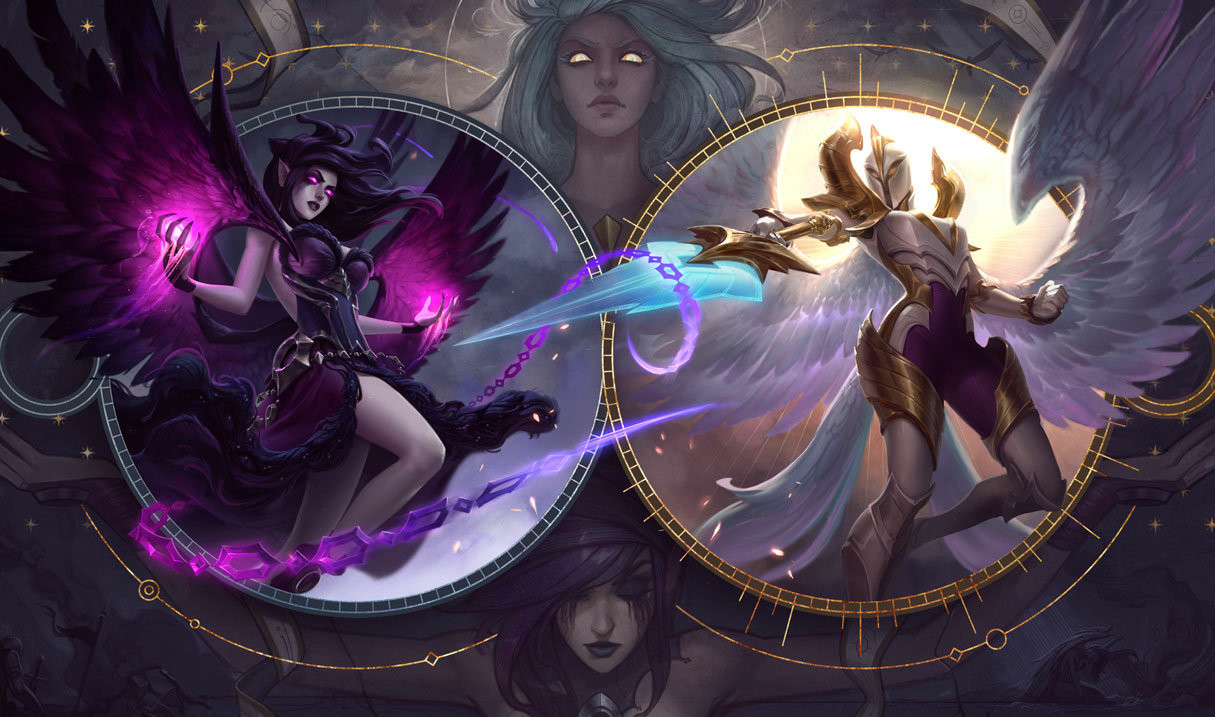 Kayle and Morganna once again feature in the upcoming patch.
[ad name=”article2″]

Repertoir also explained why Riot won’t be adjusting Riven in the immediate future. While many players have complained that she’s currently too powerful, this is apparently a distinctly Western complaint, with North America in particular banning the champion 60% more often than the global average.

Players who are concerned, however, need not worry too much. “If her performance improves a little bit from where it is now, she’s a likely nerf candidate for 9.7,” Repertoir said.

While this isn’t an exhaustive list of changes coming in the upcoming patch, and these updates could still be subject to change, it does offer a good view of what players should expect from Patch 9.6.

Notably doing Tear [of the Goddess] stuff instead of Ezreal.

Some small stuff about his brush passive updating more responsively when he enters brush.

His buffs are pretty small. Based on our evaluations, he’s like slightly under par for all player segments.

Health and Health Regen nerfs to bring him more in line with ranged champions rather than melee champions (which is what he’s currently closer to).

Hecarim is getting a bugfix that should be a decent size buff at the same time. Currently, his Q is supposed to deal 10% more damage per stack of Q that he has, but that part of the spell just isn’t working. So we’ll be fixing that.

SIGNIFICANT feel improvements to attacking with E and W.

Default adaptive switching to AD is a buff to lane.

CS bounties will be roughly 25% smaller and account for support item gold.