The League of Legends community is known to have more than its share of toxic players, and Riot Games made them a special tribute with a cheeky Tilted Fables video.

For a decade, League of Legends has been generating tons of hype as it grows which has paved the way for various players to find themselves on the Rift. But there’s been a lot of complaints throughout the seasons of raging players and teammates with horrible personalities toward allies.

The problem that a lot of people find themselves in is encountering a toxic player who justifies their toxicity by claiming to be correct or more skilled than other players, which just means they missed the point of the complaints aimed toward them.

As a company that routinely receives a ton of reports, Riot Games knows the recurring problems that their players confront on a daily basis and made a hilarious “lore” video for those troublesome community members.

“In this ancient and mysterious tale recently unearthed by Riot Player Support,” Riot joked in the video. “Or we learn the origins of four mythical figures representing the many aspects of a universal gaming experience: tilt.” 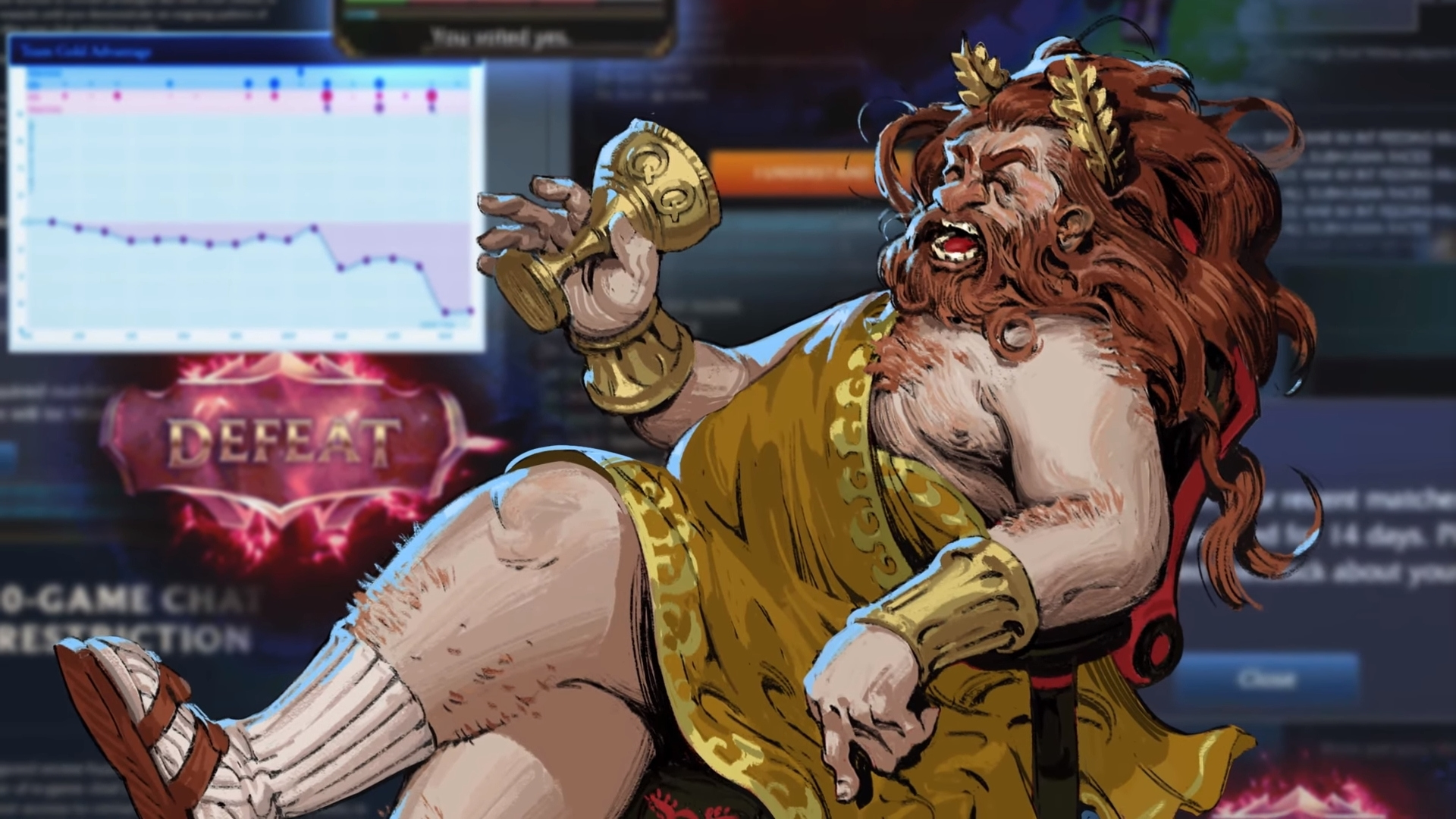 Even when League of Legends players think they’re right, they have no idea how tilting they are being for the rest of the team.

All represent a different kind of tilt. While not all of them are directly negative toward others, every player might relate to one, especially the cursed “masochists” represented by the Scarred Veteran.

While tilted players represented by the Barbarian are a problem all by themselves, players more in line with the Paladin and Lord DGAF represent a more frustrating kind of toxicity.

Paladins are the players that are so convinced by their abilities or in-game knowledge that they take differing opinions as offensive/personal, resulting in them completely shutting down on their own team.

Lord DGAF is a savant of the game who has been “tilted since champ select” since they have the foresight of knowing when a match is lost, leading to “FF at 15” spam.

League of Legends players are only fooling themselves if they don’t think they align with one of these tilt archetypes, and they can find out by taking Riot Games Support’s Tilt Test.