Riot Games have been fine-tuning Teamfight Tactics since its June 26 release, but a major improvement to the autobattle could actually come in sprucing up the game’s board with intuitive skins.

The League of Legends developers took their community and the streaming world by storm with the launch of Teamfight Tactics. Since then people have been finding everything from problematic bugs to basically unbeatable builds to dominate the competition.

Even though players would appreciate fixes to burgeoning problems in the game, one fan made a series of alternate skins for Teamfight Tactics’ board that would breathe new life into the hectic autobattler. 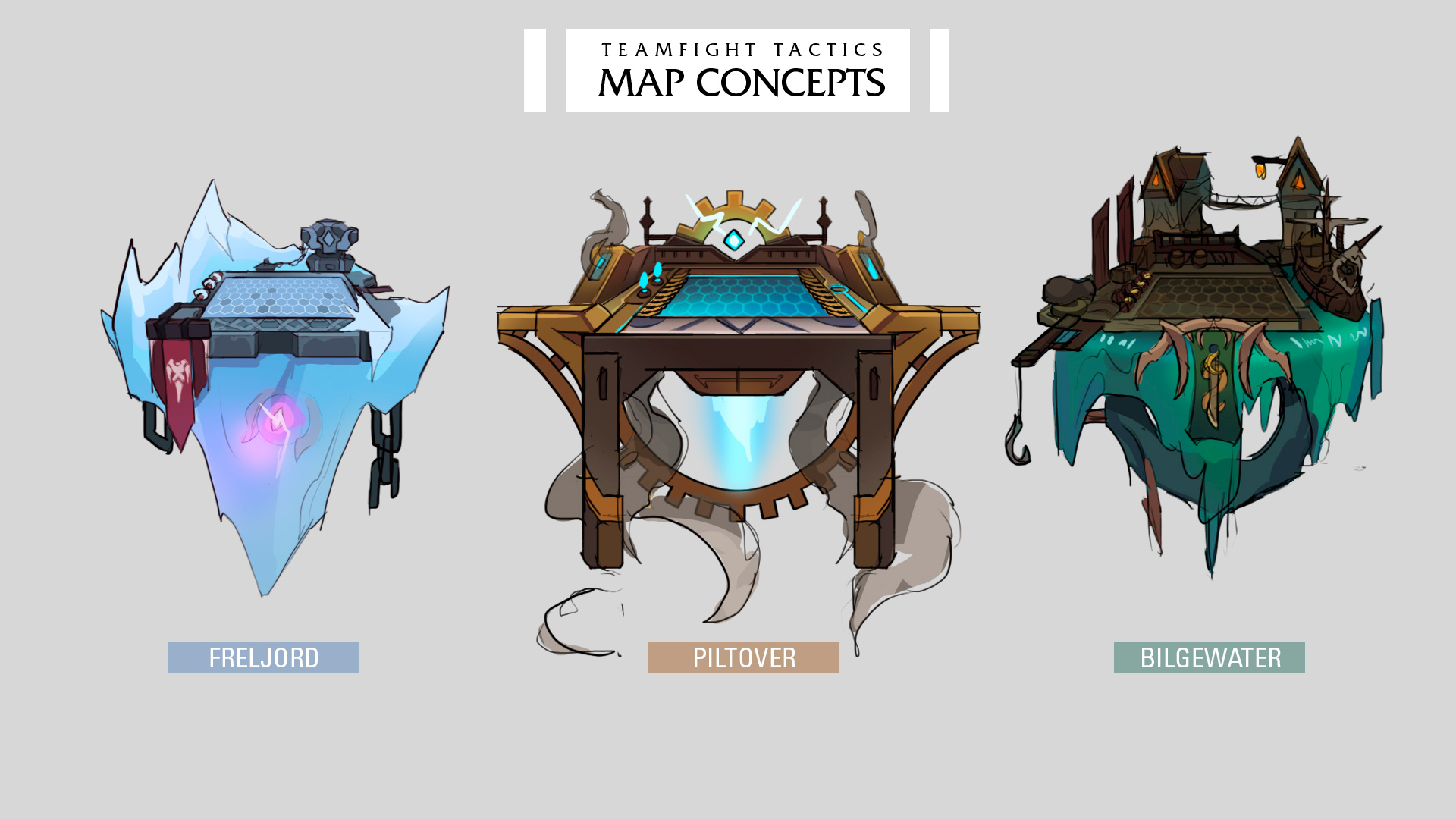 Teamfight Tactics redesigned from the board

In a Reddit post, user ‘the0utlander’ (known as artist ‘Nebura’) showed off a myriad of designs for the TFT board that are very mindful of League of Legends lore and theme.

Some of the designs like ‘Bilgewater’ and ‘Freljord’ plunge the board into a thick coat of lore as they take inspiration from locations found in the annals of Riot’s storyboards. 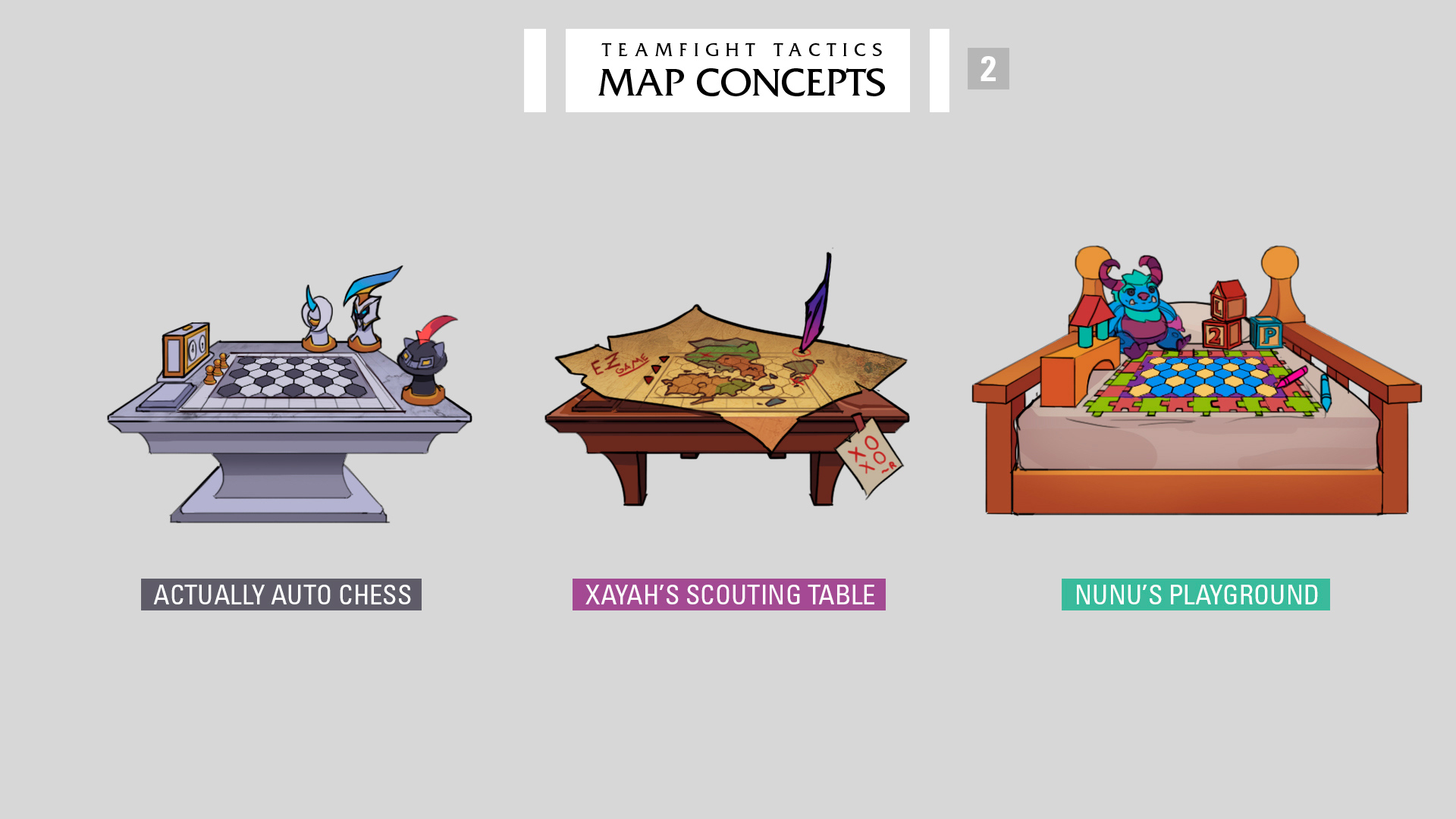 Fun map’s based off of Xayah, Nunu and some meta realizations.
[ad name=”article3″]

The pirate-themed local Bilgewater would surround the board with flowing water that drops into a majestic waterfall while showing shanty buildings reminiscent of an old port town for ships.

Then the artist dives into more scenes that vary the color-pallete of the game with ‘Institute of War’s purple design and ‘Magma Chamber’s red-hot take to the board. A skin that will hit close to home for many LoL fans will be the design inspired by Nexus Blitz that has a single flowing river running down the middle. 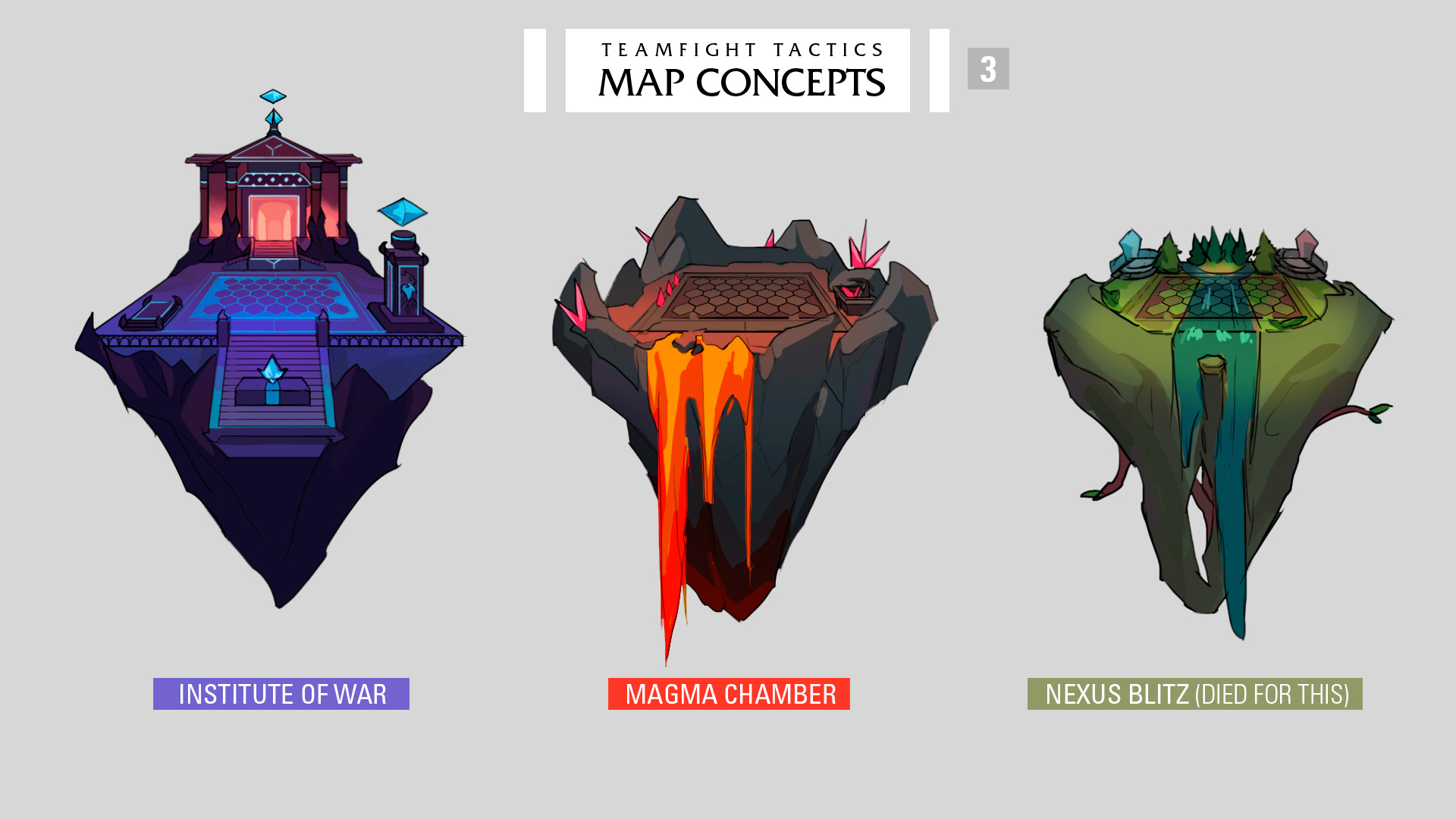 Dynamic maps could give Teamfight Tactics players something to distract them with after getting eliminated in the game.
[ad name=”article4″] 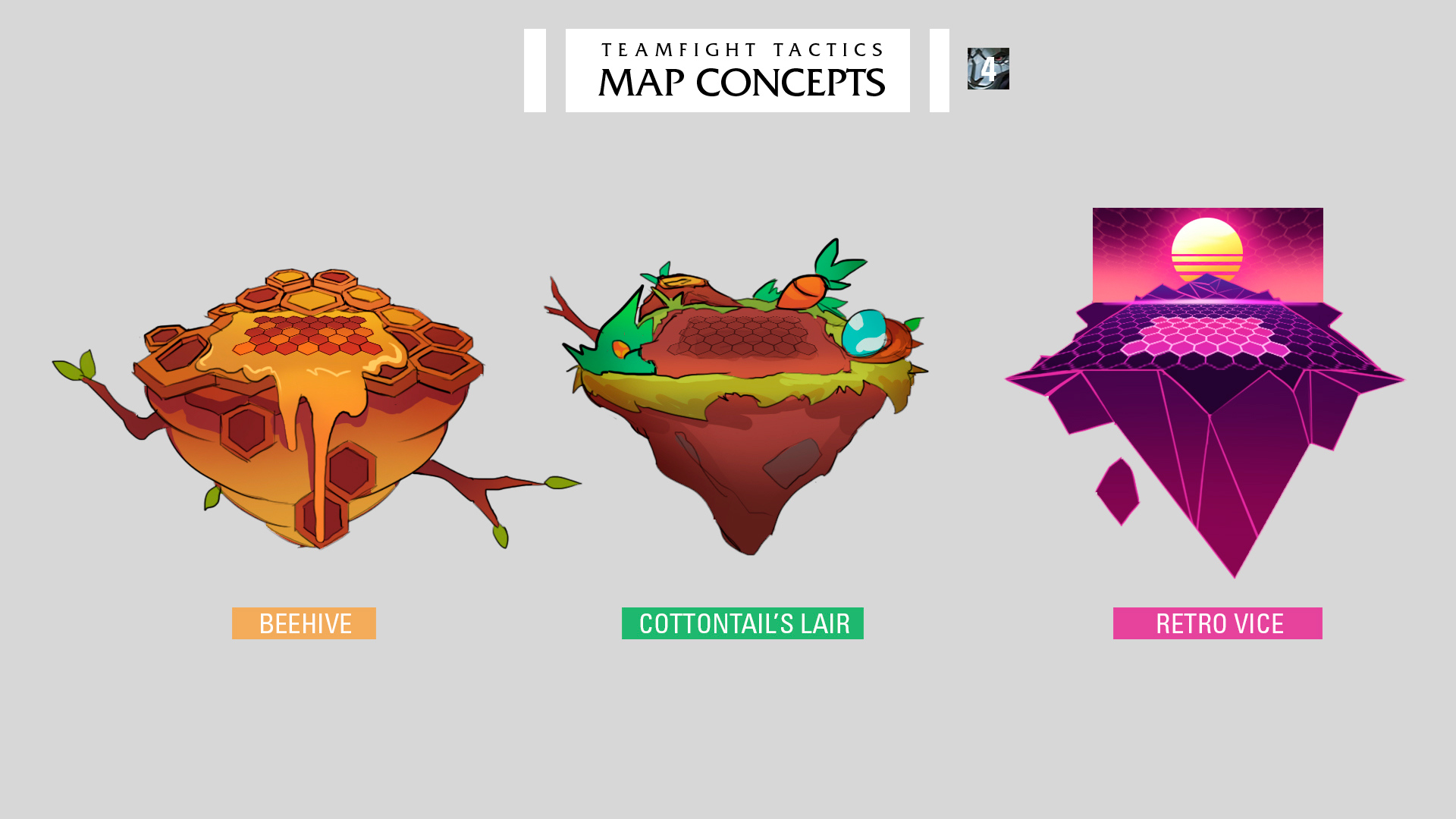 Maps based off skins like these could open up the possibilities for more designs in honor of the K/DA, Battle Academy and other collections.

To really go down the rabbit-hole, Nebura even made designs for the TFT board based off of alternate universes introduced by popular League of Legends skin collections seen with the ‘Pixel Kingdom,’ ‘Buraddo Mun,’ ‘Cottontail’s Lair’ and more.

It goes without saying that these designs could easily be some of the most popular items in the League Client’s shop. 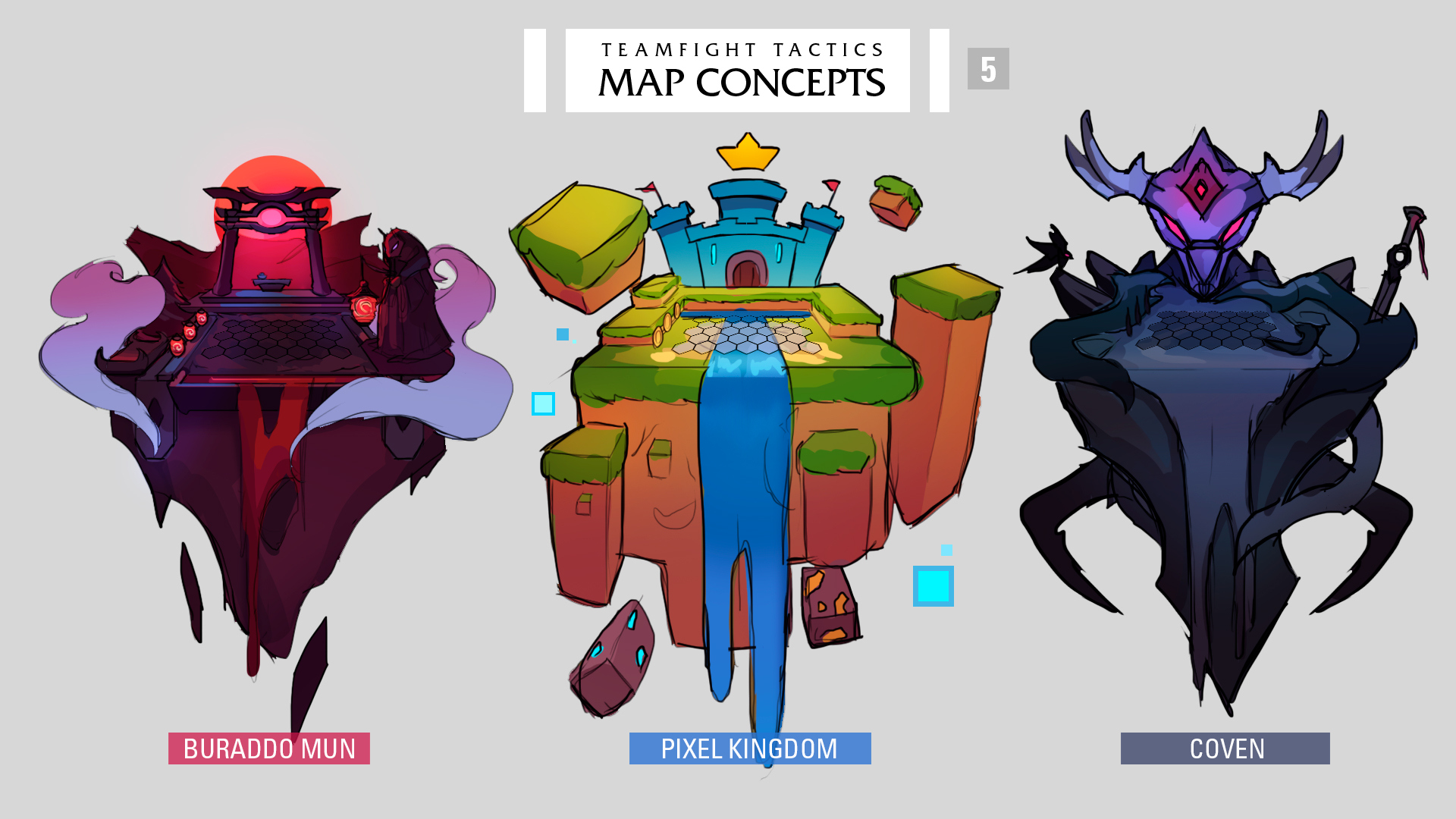 TFT map designs could get extravagant as they want since they wouldn’t affect the gameplay on the board.
[ad name=”article5″]

While these exact designs might not see the light of day on the TFT board, seeing just how well these concepts were received by the community could signal to Riot that it might be time to come out with some new TFT skins.