Riot Games have received criticism after banning a League of Legends player for picking off-meta champions in challenger elo games, while streamer Tyler1 is apparently getting away with similar offenses.

Tyler ‘Tyler1’ Steinkamp is one of the most popular  League of Legends streamers, although he has had his issues with Riot Games in the past.

The streamer was identity-banned from League of Legends for toxic behavior, with Riot calling him a “genuine jerk”, but was later unbanned and even invited to League of Legends events in 2018, such as All Stars tournament at the LCS Summer Finals. 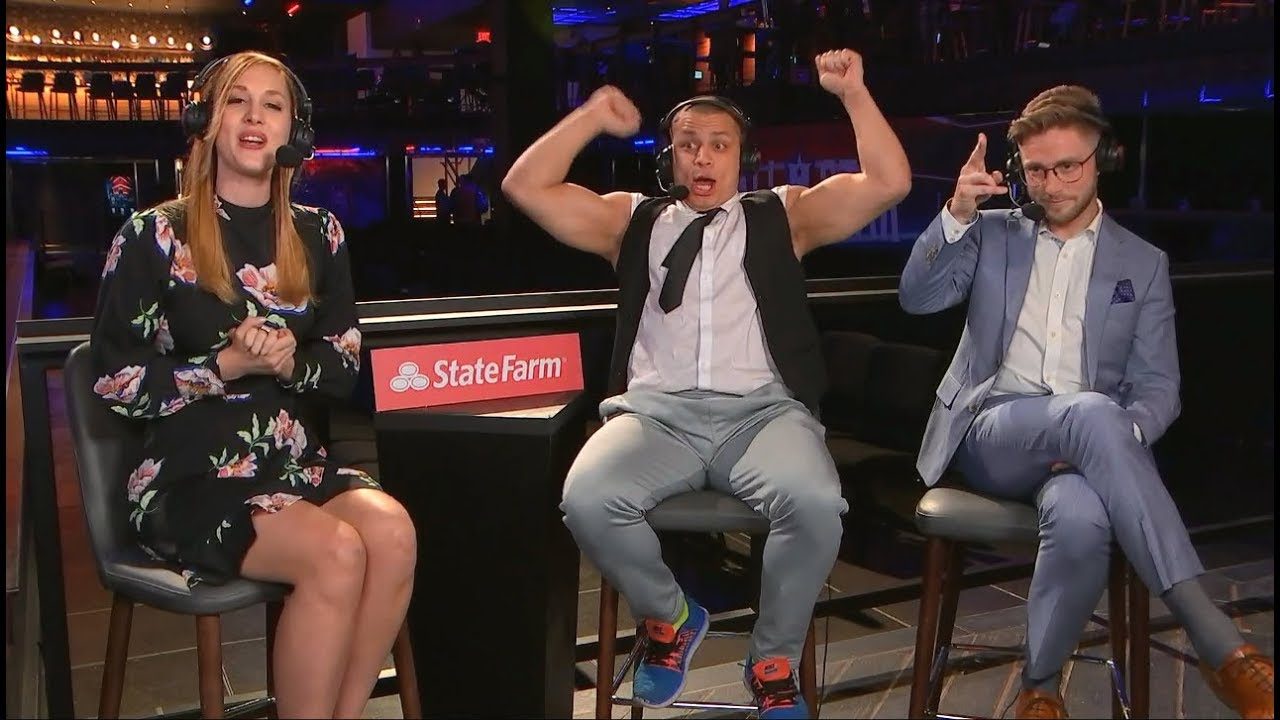 Should Tyler1 be banned from League of Legends?

Riot Games and Tyler1 now face criticism, after a Reddit post detailing a player’s suspension for playing poorly has led the community to feel that the streamer is perhaps receiving preferential treatment.

The player who was banned by Riot Games, known as Masterfiend, was playing with Tyler1 when he received the 14 day suspension from League of Legends, after picking an ‘off-meta’ support champion.

He explained in the post why he feels there is a double standard:

“There’s more but the middle 3 screenshots were from off-stream. Even though it’s silly, I’d be ok with my punishment if the rules were enforced with Tyler1’s behavior.

Last time I posted here on reddit about how he’s been intentionally feeding/soft inting, everyone defended him and said that you can’t get banned for off-meta picks.” 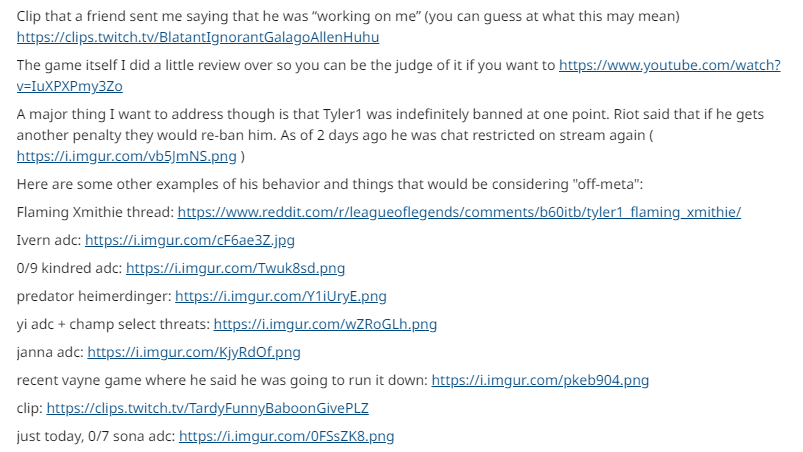 During one of the matches that they played together, Tyler1 stated, “he was working on this troll,” while hovering over Masterfiend’s account name indicating that he was likely looking to get him banned.

Another popular streamer, Yassuo, came to Masterfiend’s defense, claiming that Tyler1 should expect Masterfiend to be “Soft Inting” or playing worse than usual, after all the negativity Tyler has been sending towards him. “Tyler doesn’t understand his fucking influence, he’s an idiot.”

Yassuo broke down the scenario for his viewers describing how Tyler1 would call Masterfiend a “shit player” for no reason, and claimed that when Masterfiend approached Tyler at TwitchCon apologizing, his apology was refused.

He followed on to say it’s no wonder that Masterfiend would be “soft inting,” as his whole chat would be full of “idiots flaming him.”

Some fans in the League of Legends community are hoping that either Masterfiend’s ban gets lifted, or that Tyler1 receives similar punishment, arguing that Riot Games’ current system is skewed, and that they are letting streamers such as Tyler1 get away with toxic behavior.

However, others contest that Riot has already shown willingness to punish Tyler1 in the past, and that banning the most popular League of Legends streamer over matters such as ‘off-meta’ picks would be an extreme measure.