Riot Games have detailed the progress they’ve made in response to reports of widespread sexism within the company.

A post by Angela Roseboro, Riot Games’ Chief Diversity Officer, explains the ongoing steps the company is taking to address the issues of sexism and misogyny within the company that were exposed by a Kotaku report in August 2018.

Roseboro joined Riot in the wake of those reports to help lead change within the company, and has now revealed what changes have already been implemented, and what further progress can be expected over the coming year.

The post reveals that Riot have expanded their executive leadership team to include greater diversity, of which 28% is now female and 45% are minorities. They’ve also updated their company values, expanded training to promote diversity and inclusion, and created ‘Rioter Identity Groups’ to help “foster a sense of belonging and community among Rioters.”

Roseboro also reveals specific targets that were met as part of 30, 60, and 90-day commitments. 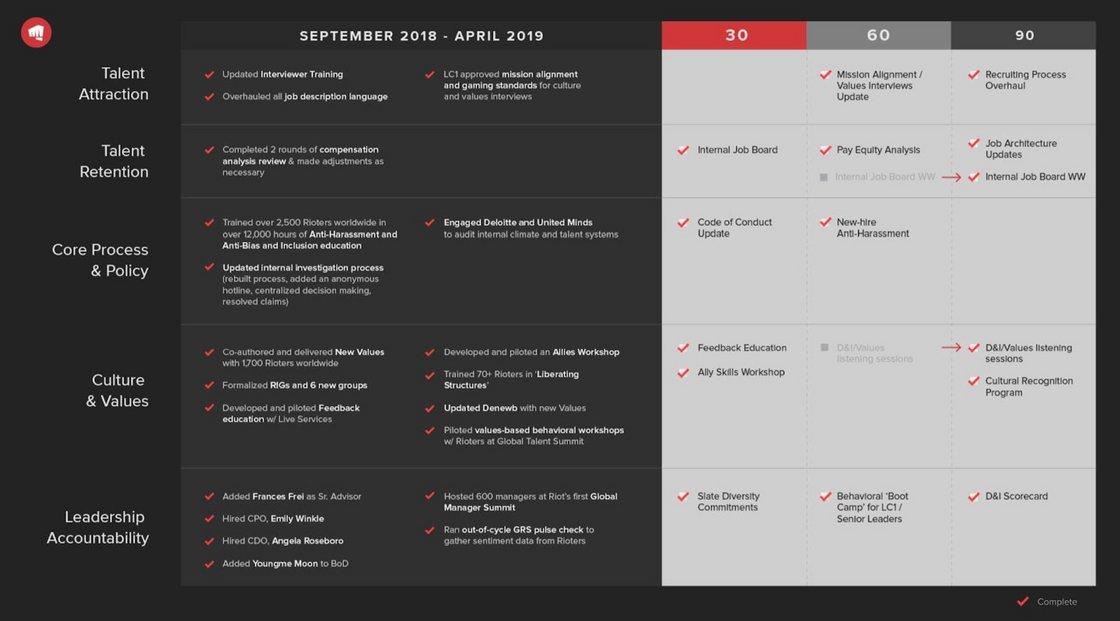 The original report by Kotaku in August 2018 exposed prevalent sexism and misogyny throughout the company, with multiple current and former employees detailing their experiences.

Among the allegations made in the report were that Riot passed over female candidates for promotion in favor of less qualified men, that ideas presented by female employees were overlooked before later being accepted after the same proposal was made by a male employee, and that female employees were more rigorously quizzed than men to prove that they were “gamers”, a status Riot expected of its employees.

In response to the initial reports, Riot Games promised to make changes to their company culture, stating:

“We will weave this change into our cultural DNA and leave no room for sexism or misogyny. Inclusivity, diversity, respect, and equality are all non-negotiable. While there is much to improve, there is a tremendous amount of good at Riot that will drive this change. This is our top priority until we get it right.” 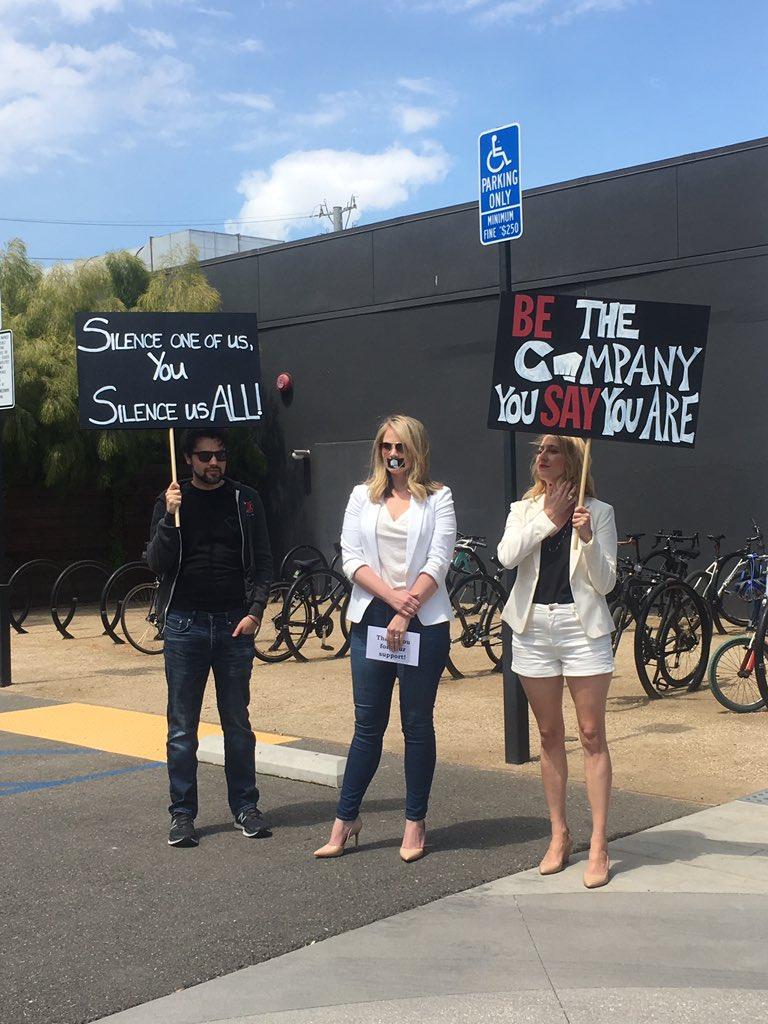 Riot employees staged a walkout in May 2019.

The response to Riot’s efforts hasn’t been overwhelming positive, however, with over 150 employees staging a walk-out on May 6, 2019 – nearly nine months after the initial reports – to voice concerns with the way Riot were handling the allegations after the company pushed to move cases into private arbitration.

According to Roseboro’s post, however, a variety of tangible changes have been made in the months since then.