After an explosive 2019 for the League of Legends auto-battler game mode, Riot shares some impressive Teamfight Tactics numbers as well as their future competitive plans in a Nexus blog post.

The age of men and elves and MOBAs and battle royales is over. Now is the time of the autobattler. Emerging earlier this year as a Dota 2 mod titled Autochess, the autobattler game mode became part of the Riot Games lineup when it was released in June 2019 under the name Teamfight Tactics.

TFT has quickly emerged as one of the best alternate game modes for League of Legends in the franchise’s history, and in a September 25 blog post on their Nexus page, Riot confirmed that they are in the process of building a competitive scene that will start in 2020.

“The hunger is definitely there—the proportion of ranked to normal games of TFT is 4:1, and the mode is incredibly resonant in some of our most competitive regions like Korea,” TFT product lead Richard Henkel wrote. “We want to provide an experience worthy of the players that have dedicated themselves to being the best in the world.”

Riot also confirmed that they’re tailoring an opposite experience for TFT; one that is “less intense and more social.”

Riot provided a number of statistics that provide an indication of how well TFT has been doing, including a graph that illustrates how much TFT has been played over time compared to other unique game modes. 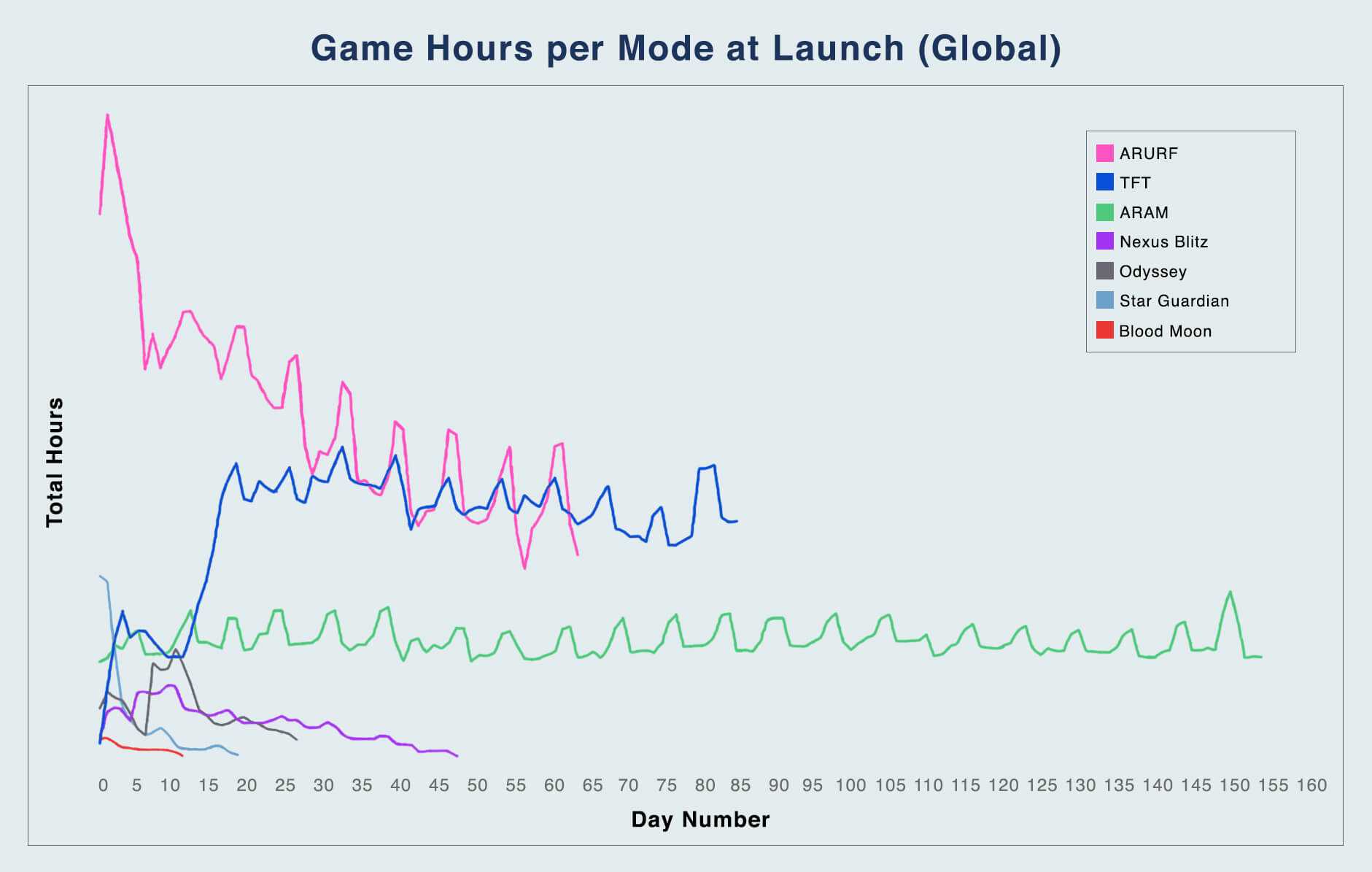 Hours played for each game mode over time following its launch

While TFT didn’t hit the initial high peak what All Random Ultra Rapid Fire mode (ARURF) hit, TFT’s game hours number increased over the first couple weeks and then steadied, while ARURF’s fell abruptly and then slowly. All Random All Mid (ARAM) evidently found its niche audience and stuck with it, staying at a consistent number of hours played over its first five months.

Teamfight Tactics has generated some incredible play time numbers as well. TFT players have produced over 1.7 billion hours of game time since the game launched, with 720 million of that just from the last month. 33 million players have been playing every month since the game launched in June. LoL has seen its global average for peak concurrent players increase by 30% since TFT was released.

Riot’s confirmation of an upcoming Teamfight Tactics scene raises a number of questions. Will current LoL organizations be involved? Can a pro League player also be a pro TFT player? Will there be a league?

A 64 player tournament for TFT will be featured at the 2019 All-Star event in December, after the conclusion of the World Championships. There we will be able to see what a broadcasted Teamfight Tactics tournament looks like, and Riot could potentially release more information on their upcoming competitive TFT project.