The Pantheon rework has been a hot topic within the League of Legends community, but one player has found a way to drastically improve his burst combo.

Pantheon’s rework has added new mechanics to his kit that have taken players a little bit of getting used to. His old point and click abilities are no more, with a lot more skill expression allowed through the use of skill shots and a new passive.

While Pantheon players have found a pretty reliable tried-and-true combo to use in game, reddit user ‘Varnakthegreat’ discovered a new combo that allows you to double your DPS. 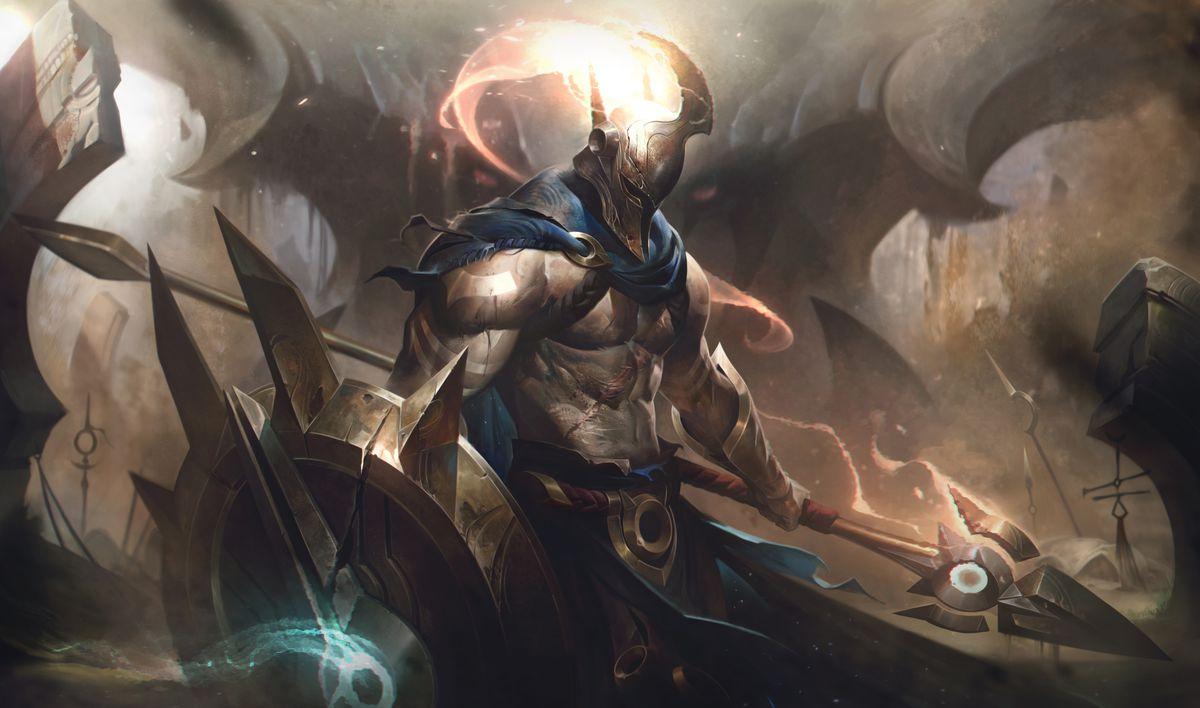 Pantheon is the latest League of Legends champion to be reworked.

The basics of the combo are to use your empowered W, Shield Vault, stack your passive back up to five stacks, and Comet Spear your enemies at the end. This is because Shield Vault when empowered makes your next auto attack fire out three attacks at once instead of one.

However, if you are in close enough range, you can cancel one of the auto attacks, reducing the number of auto attacks you need to stack back up his passive with from three down to two.

The combo might not be viable for a jungle Pantheon gank, but it could definitely work in a top lane trade by just positioning correctly. It also adds another element of skill to Pantheon’s new kit. Old Pantheon’s trading pattern was very predictable, and basically had no variation, but the new Pantheon can use his passive to implement different trading styles.

The combo only reliably works in close range as it requires an animation cancel of Pantheon’s auto attack with his W, Shield Vault. But, if pulled off, it can surprise enemies with an insane burst of damage.

Animation cancelling is hardly a new mechanic to League too, and its integral to some champion’ kits. Things like using Vayne’s Tumble directly into a wall to increase her DPS, or using Riven’s Valor before a cast of Broken Wings to gain extra mobility are core concepts of their respective kits.

So if you have been one-tricking the latest rework, give this new combo a try, and you might be able to surprise your foes with it.