League of Legends’ popular Heartseeker line of skins features spritely and effervescent champions, but a talented artist showed how perfect Morgana could fit into the colorful collection of designs.

Riot Game’s MOBA has added hundreds of skins since it released in 2009, but none get so hyped as the seasonal and holiday skins released throughout the corresponding dates in the year.

To celebrate the Valentine’s Day festivities, Riot Games’ Heartseeker line dresses popular champions in radiant reds and elegant whites that would typically go with the holiday. But a new take on Morgana shows that love doesn’t always have to be so bright. 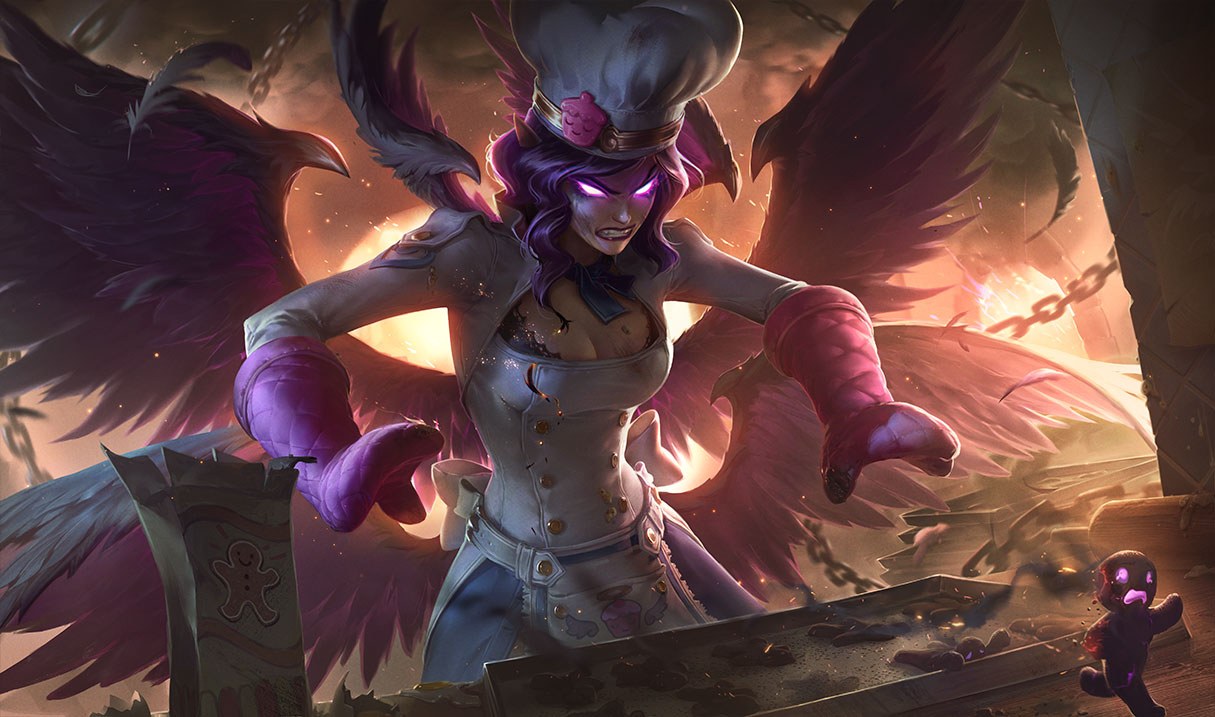 Since her rework, Morgana’s skins got spruced up as well, but the skin design would give a solemn take for the Fallen champion.

Different take to Heartseekers for Morgana

League of legends fan and artist Philip Sun put together a hauntingly beautiful portrait of the Fallen which shows a fitting but dreary take for the Heartseeker line.

Sun’s rendition of Morgana has her with short black hair that have her ears pointing out from the side. She’s wearing a heart attached to a headband that she has fixed in front of her smaller set of wings.

The new take on Morgana gives her a skirt and arm sleeves that match her dark pink wings, which have doubled since her rework. 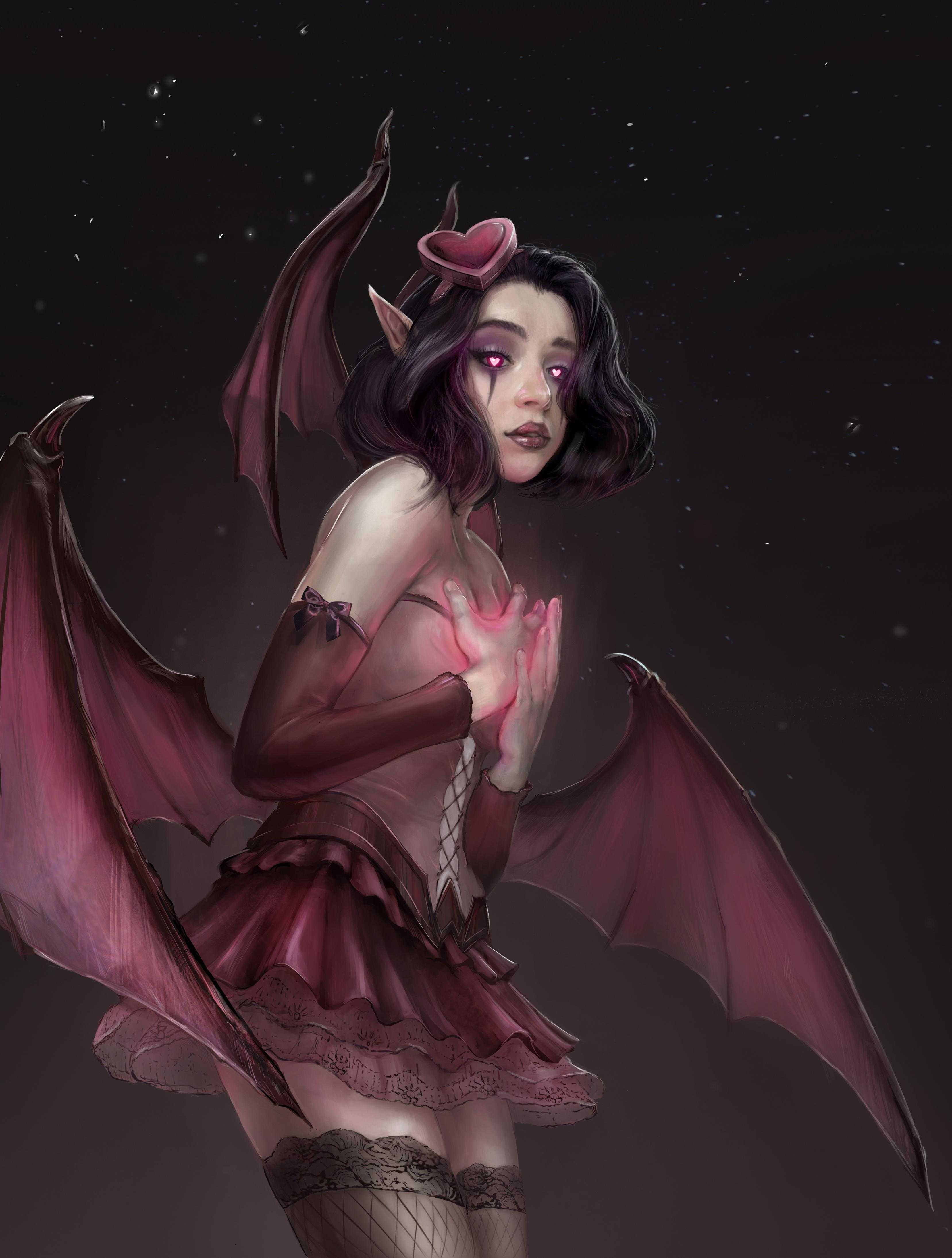 The artist’s take on Morgana stands on a class of its own and would be an intriguing addition to League of Legends.
https://www.artstation.com/artwork/w8vVyX[ad name=”article3″]

Speaking of Morgana’s rework, Sun’s concept design would be an instant hit for the new era of the the Veiled One.

Since Riot Games brought a fresh take to both Morgana and Kayle’s design, this could be the perfect introductory skin that could shake up the Heartseeker line. 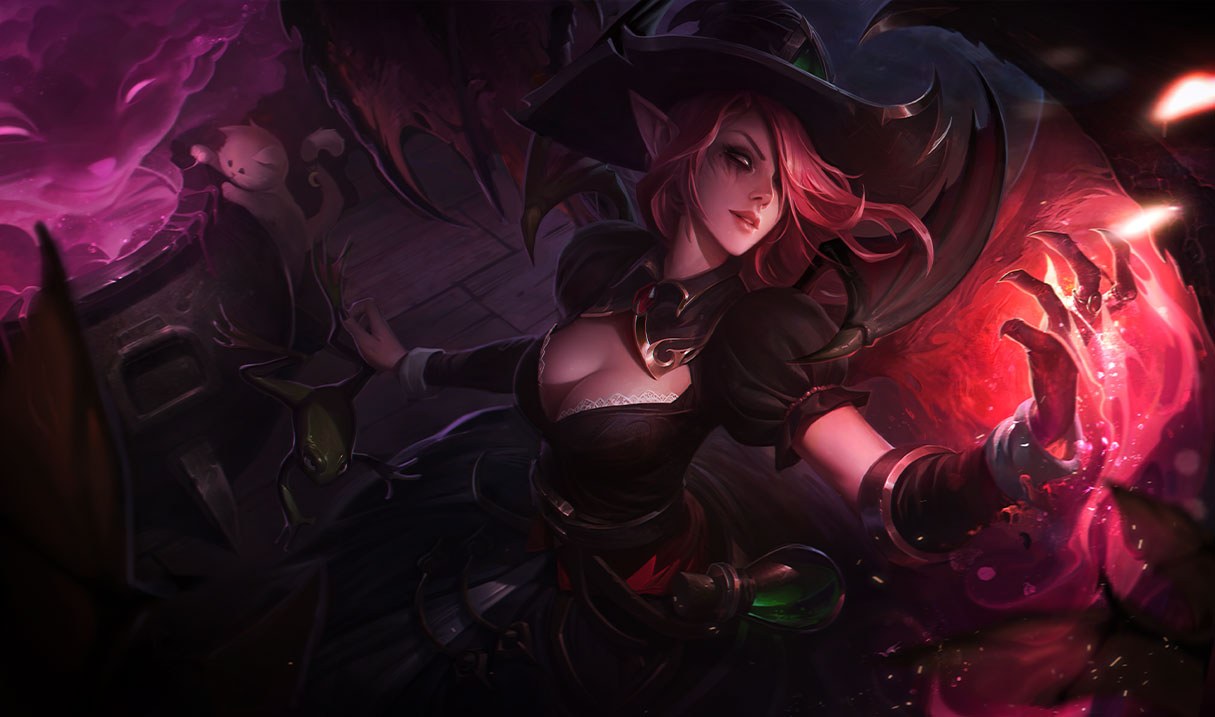 The character has tons of skins with different style, but none quite like Sun’s design.

A design like this would be a terrific style shift for one of League of Legends’ more noticeable skin collections. Most of Morgana’s designs show her in a terrifying light, as is fitting for one of the darker champions in the game, so this would definitely be a welcomed change of pace if made official.