100 Thieves started their inaugural League of Legends Championship Series season with a stunning run to claim the top spot during the 2018 Spring Split regular season, but have mightily fallen off since.

Never someone to settle, Nadeshot set out to with team sponsor Rocket Mortgage to come up with a way to help their star-studded squad prepare more efficiently for the regular season, resulting in a massive LCS-style stage in the middle of their Los Angeles house. 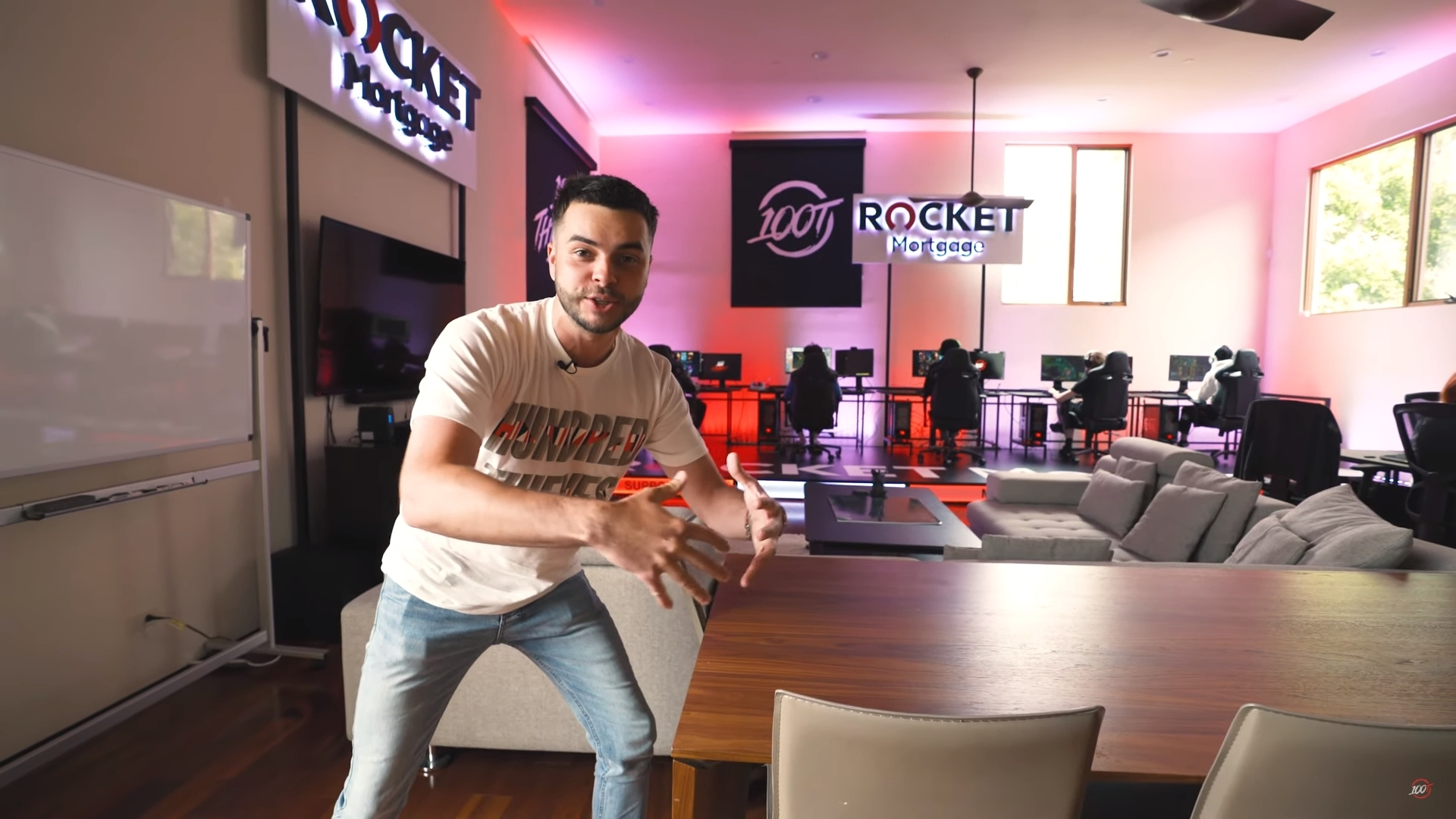 In a May 22 video, the 100T executive was beaming with excitement to reveal a unveil a spectacular platform specifically tailored for their League of Legends team.

“We built out an elevated stage. We have stadium lighting, so that when [the League of Legends team] is sitting at home and they’re practicing every day, and they’re trying to improve as much as they can; this is the same experience that they’re going to have when they’re competing at the LCS studios. ”

The installation came with everything from custom LED lighting along with signs for every role in League of Legends so every player is sitting at their corresponding PC.

(Timestamp at 6:10 for mobile viewers)

With the new stage located mere rooms away from where the players sleep, the team is hopiong it will give the tgeam a unique edge of their competition.

“I think this [stage] is something a lot of teams kind of wish they had,” 100T Head Coach Neil ‘pr0lly’ Hammad said. “Because this is the setup you always wanted as a coach, is to bring your players into that environment when its not that environment.”

100 Thieves history in the LCS

Aside from their roaring start in the LCS, 100T have been slowly dipping since their 3-0 loss to Team Liquid in the 2018 Spring Split finals. 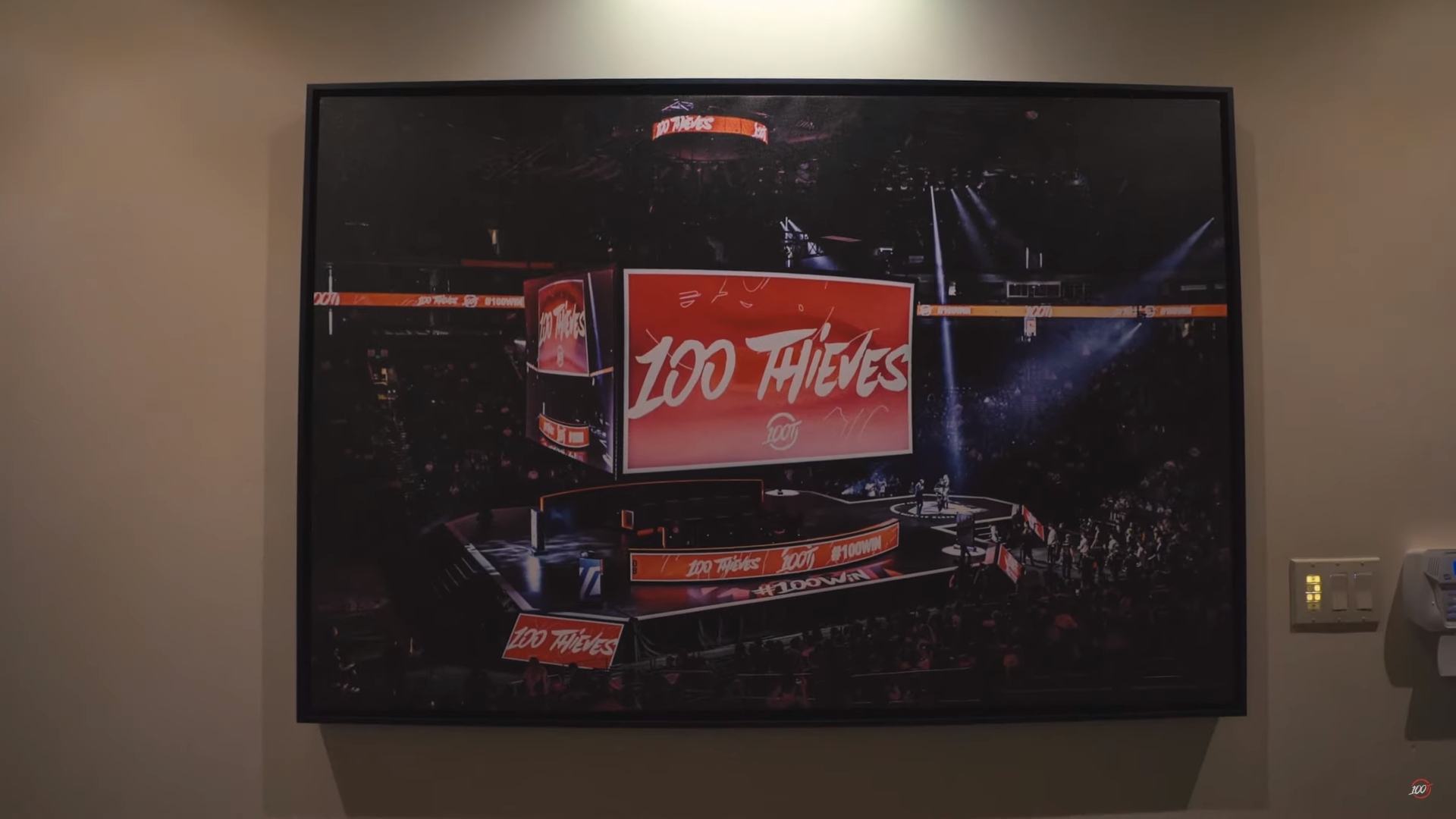 A portrait commemorating the high times of 100T League of Legends. Their new stage will hopefully help their team get back to the big stage.
600

The following split they finished fourth in the league having lost to TSM in a close series for third place.

Even though they went to Worlds that year they only managed to get two wins during the Group stage, leading to a quick exit from the international event.

Fresh off of a tenth place finish in the 2019 Spring Split, 100T are going to look to bounce back in a big way with the help of their gaming house’s latest renovations.