The League of Legends 10.2 patch notes released on January 21, revealing official changes coming to the Rift that include Qiyana and Nautilus nerfs, changes to Aphelios, and more.

There’s been a lot of talk from the Riot Games devs on how to balance one of the newest champions, Aphelios. Changes to the Weapon of the Faithful were included in the 10.1 patch, and the devs are at it again on 10.2 when it launches on January 23.

With the imminent release of the client-based tournament mode “Clash,” the devs are refining their game as much as they can so that tournaments can go off without a hitch.

Aphelios is in line for more patch changes in League of Legends with the 10.2 update.

Who knew that a champion with five different playstyles would need more balances? Riot has made changes to Aphelios’s sniper rifle, Chakram, and scythe pistol.

Mostly, the changes reflect a general nerf to attack damage that slightly reduces the potency of the weapons.

“Following up with a couple of more adjustments based on his performance since launch and how he’s stacked up after the couple of bugfixes and changes at the start of the year,” developer Hanna ‘shio shoujo’ Woo wrote of the fixes. 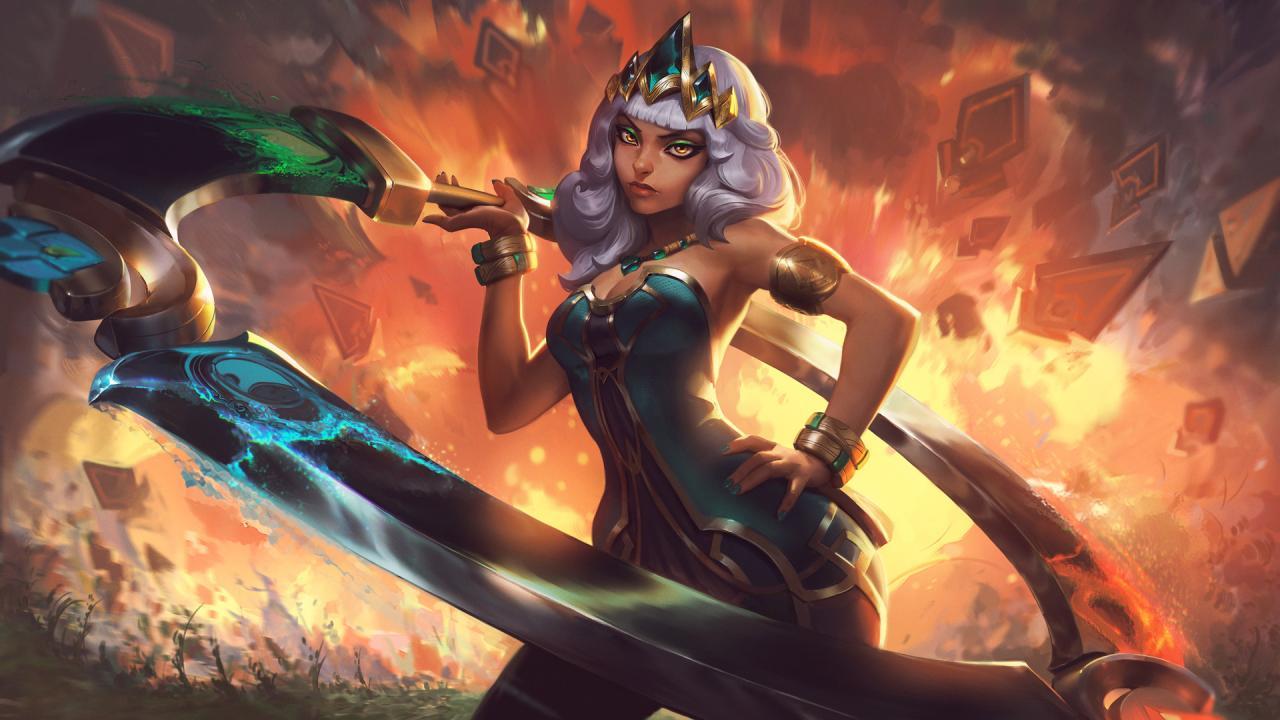 Riot want Qiyana to move more into the mid lane by decreasing her jungle potency.

Qiyana has been a popular flex pick for her ability to switch from the jungle to top lane, and of course, the mid lane, which she was meant for.

However, developers want to hold back her potential in the jungle just a bit to “encourage her identity as a mid-laner and keep her from running amok in the woods.”

To do this, her W, called Terrashape, will have its passive attack speed gutted from a base of 20% to a scaling increase starting a 5%, and ending at 25% at max level.

Nautilus became a “bully” early in the games, so Riot is dialing back his power a bit.

Nautilus less of a “bully”

Nautilus has been getting a lot of attention as a laner in Season 10. While his popularity is perfectly fine, Riot has seen that the Titan of the Depths can sometimes “overwhelm” enemies at the start of games.

“Nautilus is like that bully in high school that’d push your head in the toilet and almost drown you just because he can,” shio soujo continued. “Doing something about that so enemies aren’t completely overwhelmed, especially early.”

Aside from that, there are a ton of new changes to multiple champs coming in the January 23 patch, which players can take a look at the official patch notes below, courtesy of Riot Games.

Following up with a couple of more adjustments based on his performance since launch and how he’s stacked up after the couple of bugfixes and changes at the start of the year.

Draven seems to have come out of the item changes from Preseason a bit worse for wear.

Jinx has always been a big fan of taking objectives. So increasing the list of things her passive procs off of is a very champion-resonant way to have more “Jinx moments” each game without massively increasing Jinx’s actual power level.

Q and W base damage increased.

Helping out Karma’s early ability to scrap against her opponents.

Base armor and attack damage rounded up. E cooldown decreased.

Making Pix a lot more available and, therefore, useful, so Lulu can make best use of her best faerie friend.

Nautilus is like that bully in high school that’d push your head in the toilet and almost drown you just because he can. Doing something about that so enemies aren’t completely overwhelmed, especially early.

Qiyana’s strength in the jungle was making it difficult to keep her in check since she was such a reliable flex pick in pro play. We want to encourage her identity as a mid-laner and keep her from running amok in the woods.

Sona has room for some buffs when you compare her to other enchanters. We nerfed her in the past to prevent double-support-item shenanigans, but since we’ve mitigated those concerns, we have the opportunity to give her a little tuning. This change will give her more of an opportunity to dodge skill shots and the ability to maneuver around the map and get to her allies.

Additional changes from his VFX update in 10.1.

Trundle has been suffering all around, but especially when allies have to rely on him for ganks.

We’re giving Ziggs a stronger way to disrupt opponents and encourage a greater presence in the early game.

The initial goal of buffing Cloak of Agility last year was to account for the fact that it was slightly underpowered for the gold cost. However, this has led to folks stacking Cloaks on crit champions, which also makes the decision between Cloak of Agility and Pickaxe more of a math problem than desired and doesn’t help the average player measure how their lane went. A clearer item hierarchy is more helpful (B.F. Sword > Pickaxe > Cloak of Agility) when considering this key indicator of success.

Frozen Heart is underperforming compared to other options for armor. We want it to be a go-to consideration when a champion is facing many physical threats.

Nerfing Stormrazor as it’s overperforming a tad, focusing on the tAD so it keeps its unique and impactful slow utility.

Rift Herald takes a little too long to defeat, so teams lessen the priority on it compared to other objectives. We want her to get a little love too, so we’re looking to lessen the gap between the pros and cons of killing her.