As part of the League of Legends ten-year anniversary celebration, artists at Riot Games brought some amazing meme-worthy skin concepts to life, including K/DA Gragas, and it was pretty hilarious.

Champions like Gragas and Urgot are usually subject to some artistic license by the League of Legends community due to the unusual standard of handsomeness bestowed upon them.

Majestic skin concepts like Star Guardian Urgot have been circulating for years, with passionate fans looking at new ways to bring some of the less-endowed champions to life. 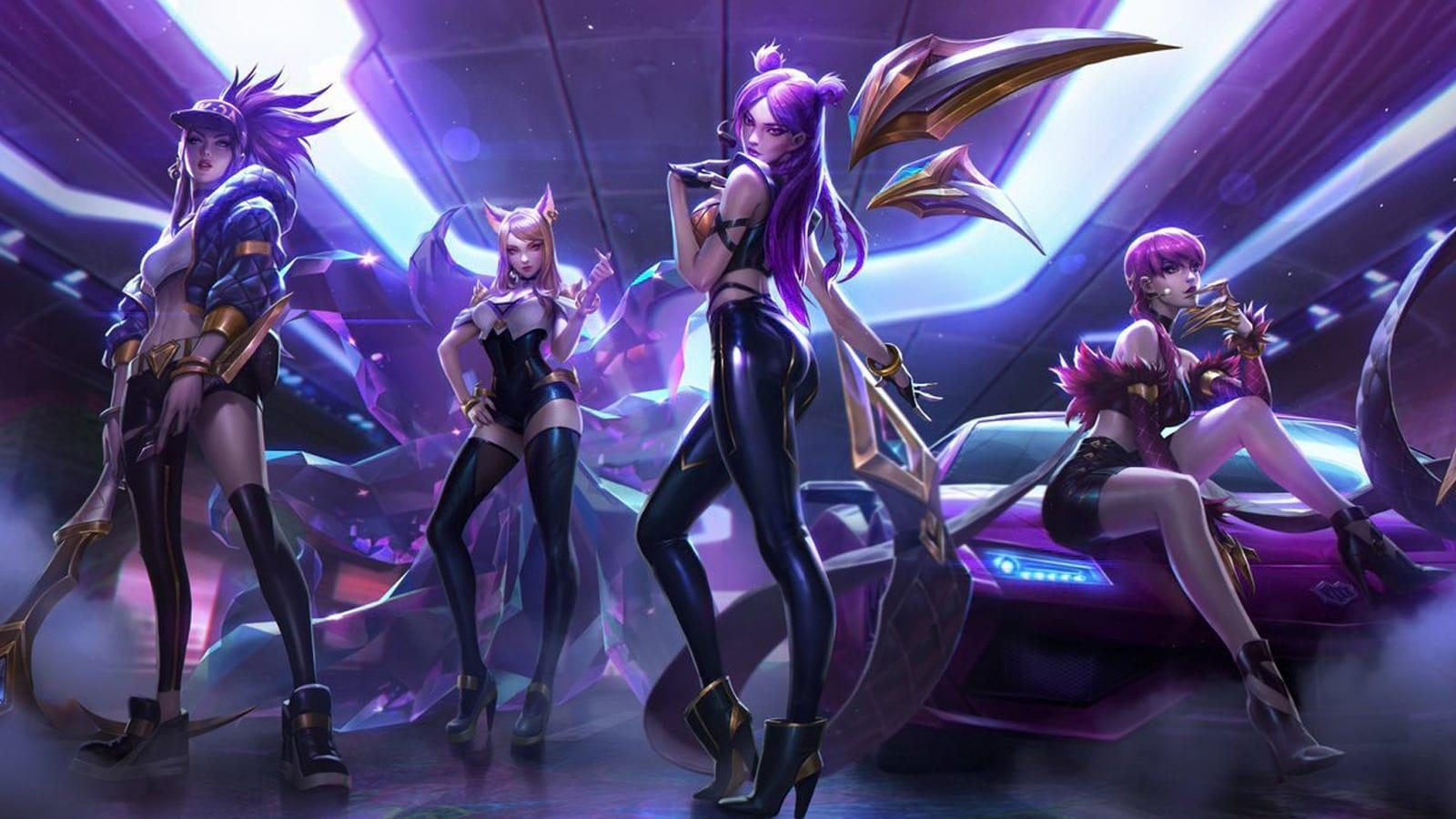 Gragas was bestowed the honor of being the faux-fifth member of K/DA during the League 10 broadcast.
[ad name=”article2″]

As part of the ten-year anniversary celebration, Riot looked to bring some of these fan-favorite selections to life. On the Skins stream of the League 10 multi-cast, the Riot Art team took some of the suggestions and had a crack at drawing them.

To kick it off, Taylor Jansen designed a Rock-Paper-Scissors skin line, including Scissor Camille, Paper Ivern, and Rock Malphite. He even added a Daisy, which was based around a scrunched up bit of paper compared to the origami-style Ivern.

Jeremy Anninos also took a suggestion out of the hat, tasked with doing a rendition of Dentist Rengar. Equipped with all of the tools to keep teeth sparkly clean, and maybe extract a few, the skin was well designed, if a bit haunting. 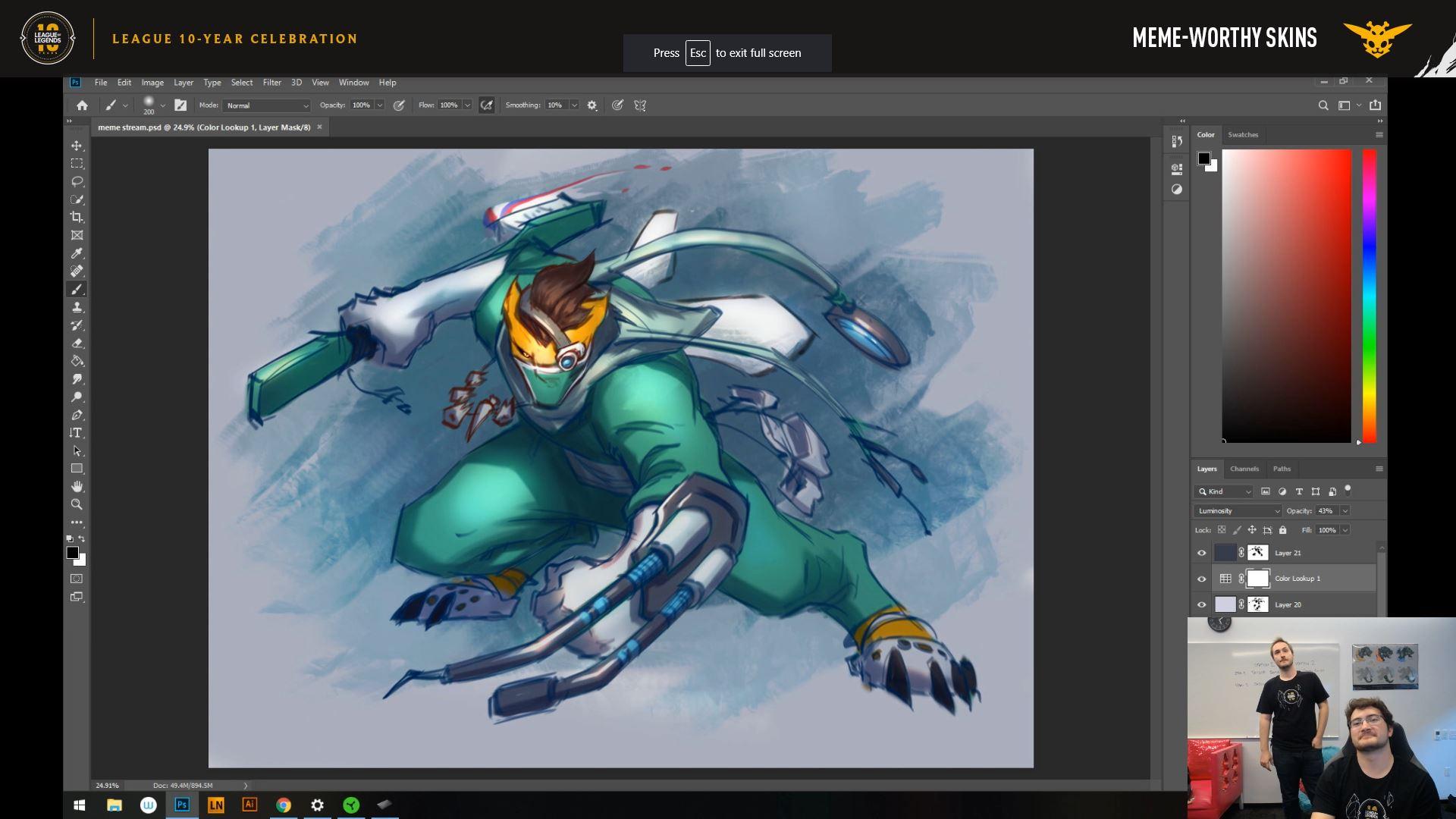 However, it was the final piece by Jason Chan that really got the community excited. Jason Chan, who worked on the Pyke visuals as a Senior Concept Artist, had the choice of doing K/DA Braum, Taric, Graves or Gragas. It went to a community poll, who overwhelming voted for the Rabble Rouser to get the K-pop treatment.

The concept featured a shiny pair of spandex pants and a majestic beard adorning his face, with a shirt doing very little to cover up his chest. Posing with his trademark barrel, the fifth member on the K-pop group looked as elegant as the four before him. 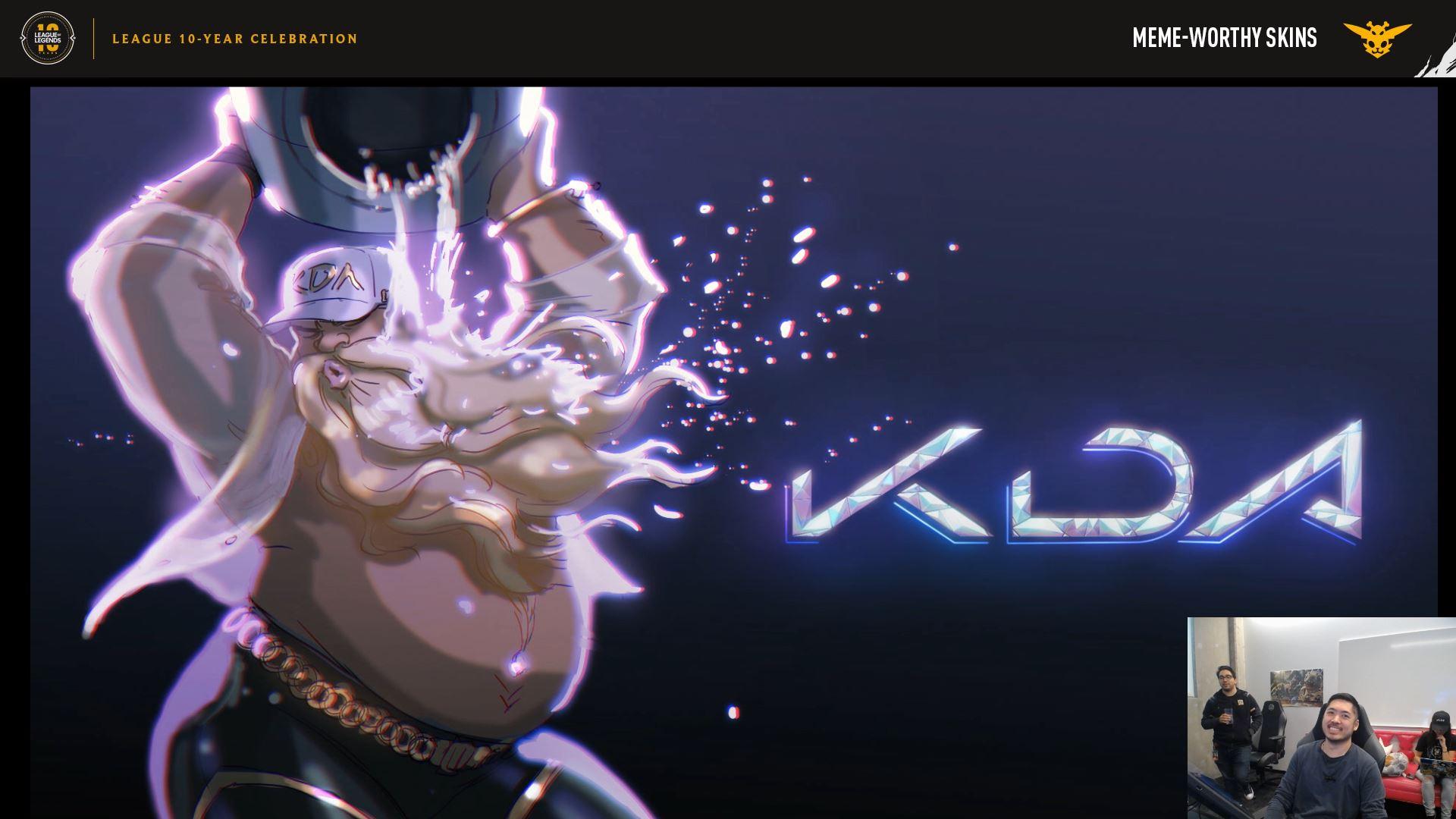 Just appreciate K/DA Gragas in all of its glory.
[ad name=”article4″]

The team even joked that the barrel was full of Ahri’s bathwater, playing on the joke that has taken over the internet in 2019.

It was a nice way to wrap up an interesting stream, which allowed the League community the chance to get an insight into the character design and art team. They even said that they might consider doing it again in the future, which would give players more top-quality wacky skin concepts to gaze over.

The skin stream was a part of the League 10 event, celebrating how far Riot Games has come in terms of development, and the League of Legends community as a whole.

It was also a chance for the developer to announce their latest projects, including an FPS title, mobile ports of Teamfight Tactics and LoL, a card game called Legends of Runeterra, and more.

This skin was definitely up there with some of those releases though, and one can only imagine the fanfare if it was to become a reality on Summoner’s Rift.