The LEC’s 2020 Summer Split is coming to a close and with the European League of Legends playoffs now underway, Riot is releasing their awards for the regular season MVP, LEC All-Pro Team, and more.

Fnatic and G2 Esports have reigned dominant in Europe for many years, however, the 2020 summer split was full of surprises, as the iconic organizations stumbled their way into playoffs, with new challengers, Rogue and MAD Lions, finishing the regular season with the first and second seed.

Rogue topped the regular-season standings and was the first team, internationally, to secure their place at Worlds 2020, Although, surprisingly, none of their players were listed on the first LEC All-Pro team, with G2 Esports’ Caps narrowly besting Larssen following his incredible solo-carry performances in Summer.

However, both MAD Lions and Rogue managed to snag four All-Pro Team spots in total, with MAD support and potential MVP candidate Kaiser as the top-voted player with 123 points. You can check out the full LEC 2020 Summer Split awards list below. 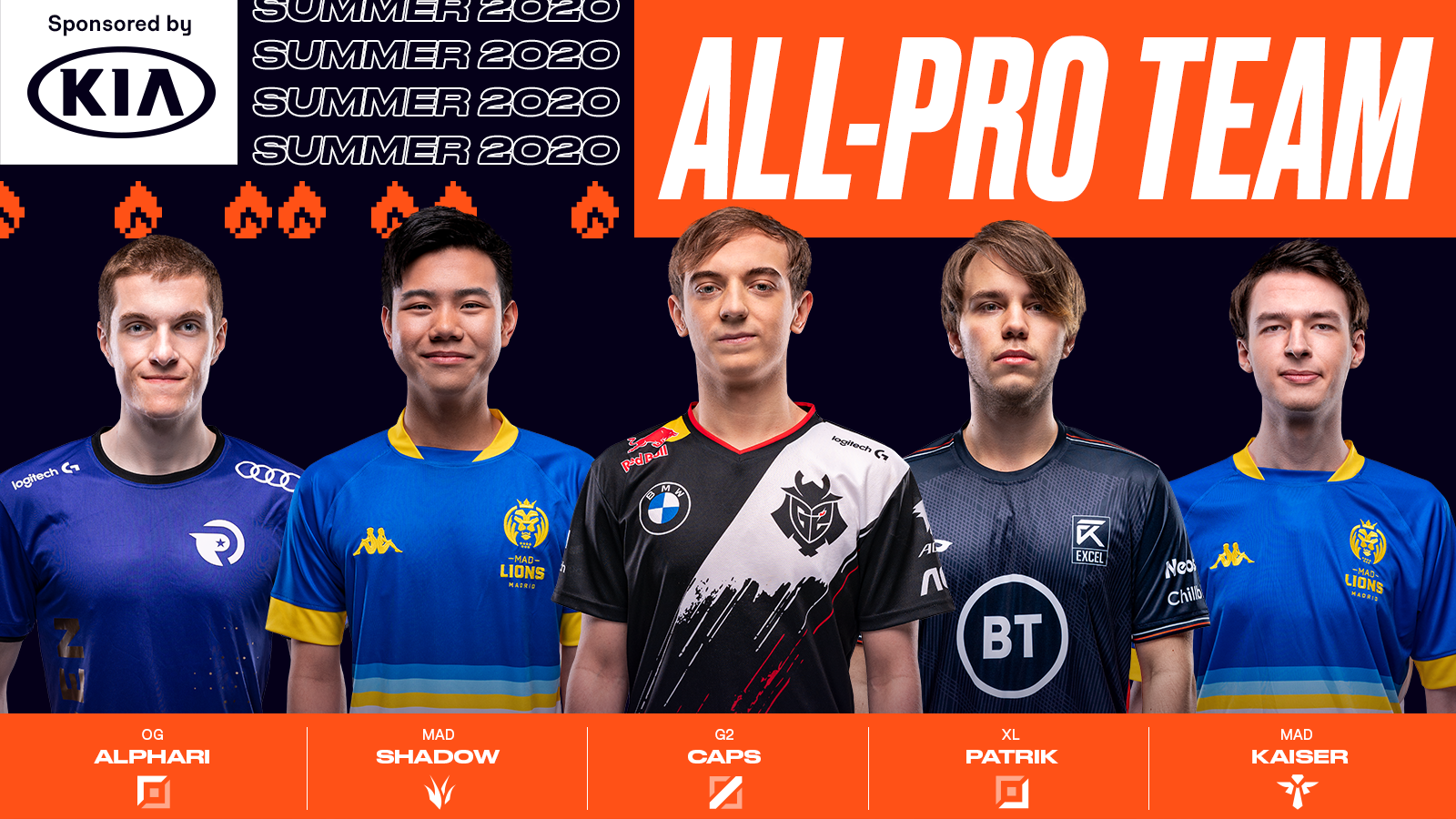 We’ll update this page with winners of the awards as they come in.

Coach of the Split

Despite finishing as the second seed behind Rogue and stumbling in the early stages of the LEC playoff bracket, Mac has still had an impressive run with the band of rookies in Summer.

Rookie of the Split

Vitality star Labros “labrov” Papoutsakis has been announced as the LEC’s latest Rookie of the Split, despite his team’s poor record in Summer.

The rising support star narrowly beat SK Gaming mid lane ZaZee by just a single point for the top spot, off the back of some incredible individual performances during stage matches.

Rasmus “Caps” Borregaard Winther has taken the crown as the Most Valuable Player during the LEC Summer Split 2020.