Riot Games have offered League of Legends fans a first look at the Visual and Gamplay Updates (VGUs) for Fiddlesticks and Volibear.

The two champions are the latest due a major overhaul after winning a poll among League of Legends players, and while their updates won’t actually arrive in-game until 2020, Riot have revealed a first look at the direction they’re taking.

For Fiddlesticks, it seems Riot are aiming to create “the most horrifying champion in League”, with the concept design being for an ancient evil that has “preyed on mankind for godless ages.”

Gameplay-wise, the plan is to amplify Fiddlesticks’ identity as an ambush mage, focusing on making the rest of his kit work in synergy with his iconic ‘Crowstom’ ultimate ability. This will involve giving him ways to keep hidden in order to find or create ways of ambushing opponents.

Concept art for the Fiddlesticks VGU.

The direction that the Volibear VGU will take is currently less determined, but Riot are exploring a variety of options designed to give him an “unstoppable” feeling, one of which would make him unable to be completely immobilized, with stuns and roots instead being converted into slows.

Likewise, on the visual side Riot are still experimenting, with several concepts for his new look ranging from one that suggests a more veteran warrior, to those that take a more “demonic” approach to the Freljordian deity. 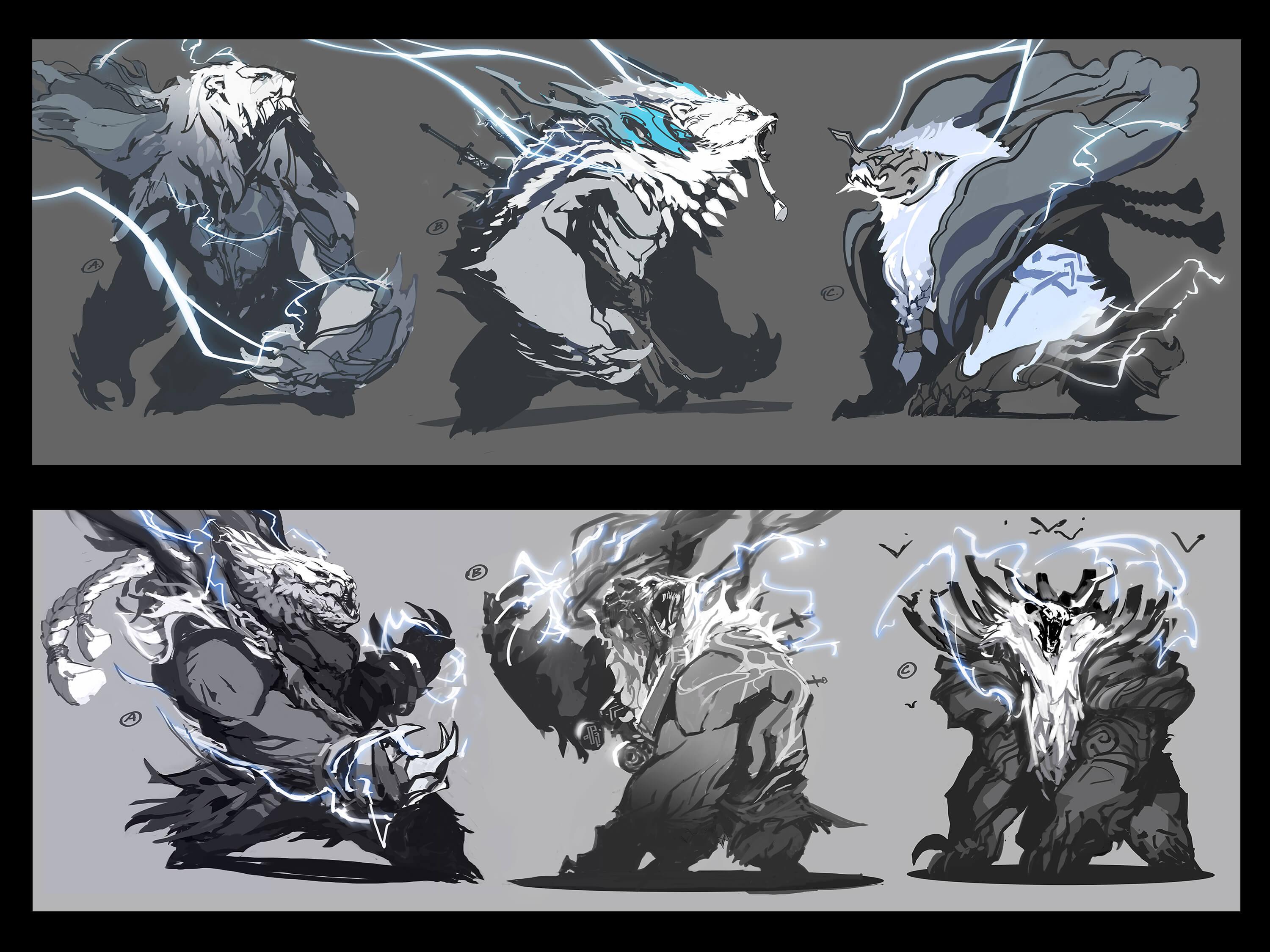 Concept art for the Volibear VGU.

A full break-down of Riot’s current thoughts on the VGUs for both champions can be found in their recent developer update post.

League of Legends has changed significantly over the years, with not only constant balance updates to existing champions but also new champions and significant changes to gameplay elements within Summoner’s Rift.

Inevitably, that means that some of the nearly 150 champions in League of Legends eventually become outdated, requiring more than the standard balance adjustments to find a place in the meta.

For such champions, Riot occasionally performs a Visual and Graphical Update, which often involves a complete overhaul. While VGUs tend to try to keep to the spirit of the original, a new model, animations, and set of abilities can effectively make for an entirely new champion.